on June 07, 2015
June 7 was World Oceans Day. One doesn't have to live on a small island, or a big island, or a whole continent, to know that we are surrounded by water. Or, more importantly, we are part of an ecosystem that is mostly water, and all life depends heavily on the health of the oceans. So we were treated to a day to celebrate, honour and learn about oceans. 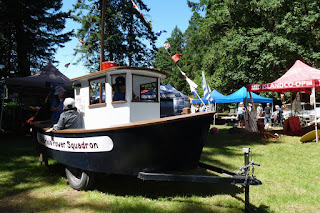 The event was held in Descanso Bay. Lots of booths and activities. I think the ocean creature petting tanks were the most popular, although I didn't get to see them as the critters were on a rest break when I was there. I was very impressed by the Fisheries and Oceans display, lots of microscopes and plankton to marvel at. (And here I must extend a rare commendation to the Government of Canada for providing the funds to produce and staff such a positive outreach. Hear that, Stevie?) 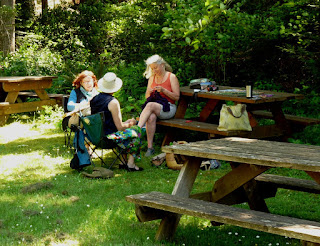 Our group sat off to the side. We decided that we should hook in public more often over the summer. 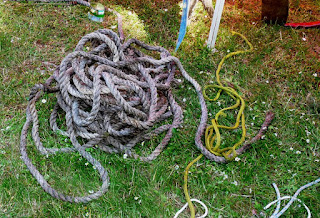 As always I was attracted to fibre. This natural fibre rope was about an inch and a half in diameter. There was some netting too! 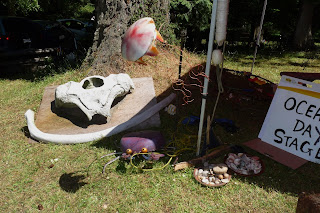 I really liked the welded scrap metal sculptures of sea creatures. The whale vertebra was pretty awesome too. 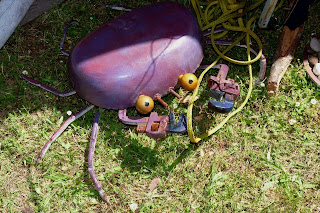 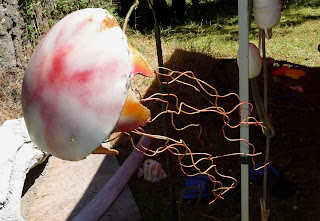 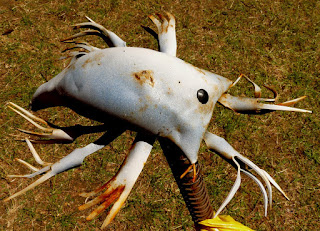 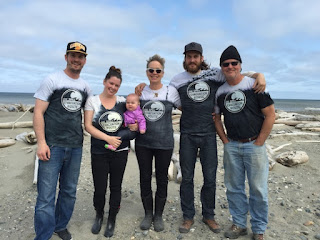 And these guys weren't there, although I dearly want one of the tee shirts. This family is on Haida Gwaii. The happy woman in the centre is Wendy of Dahlia Drive, an awesome artist, and as I am finding out from her regular newsletters, an pretty awesome writer too. Subscribe to her Newsdot here. (The latest issue also has some great images of harvesting and weaving cedar baskets. And salmon, yumm.)
community gratitude island life nature