Between Here and There

on June 19, 2015
I had heard about the problem of coal-powered internet servers in the States, but really had no idea of the extent of the carbon footprint of personal internet use. I woke up early this morning and spent an unhealthy amount of time worrying about how I can reduce my impact. As someone who tries to be environmentally conscious, should I give up the blog? Not leave comments on CBC news stories? Stop lurking on Facebook? I should definitely clean up the email lists I am on. And who knew that spam is even worse than  paper junk mail? This link has some (easy) ideas on what we can do as an individual consumer. 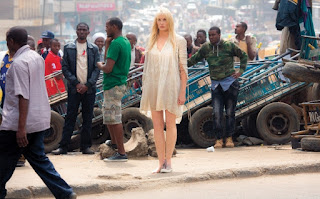 And in other random thoughts, the Wachowski's new series Sense8 really got me thinking. (I loved it by the way. People who say it's confusing are lazy. Hang in there, and it will all make beautiful sense.) (But it's not for everyone. There is a lot of violence.) We need to stop thinking in dualities, and instead look at spectrums. This gave me a simple way to look at the difficulty we have with art/craft. If we look at a piece of work and try to determine if it is art or craft, there's nothing but trouble. But if we view it as being somewhere on the art/craft spectrum, it becomes easier. Perhaps pure conceptual art would be at the far end of art, and the plainest of hand thrown pots or handwoven dish towels would be at the far end of craft, but most stuff is going to be somewhere in between. Some degree of technical skill and aesthetic choice is needed to make anything by hand, and transcendence (the generally accepted marker of "art") can happen anywhere along the spectrum.

My explorations for the next Codex piece have resulted in three completely different ideas. I hope to have something to show you by early next week. In the meantime, Happy Solstice!
art vs. craft consumerism