It has taken me this long to process the photos. I had kind of (completely!) forgotten about them until James unearthed them on his computer and started formatting them. I looked over his shoulder and said "Ooh, I like these. When did you take them?" He couldn't remember, so he checked the code on them and realized that they had come from my camera.

Here's just a few - I took over 100 pictures that day, and have whittled them down to two series, called "Ebb" and "Flow". These are from "Ebb". 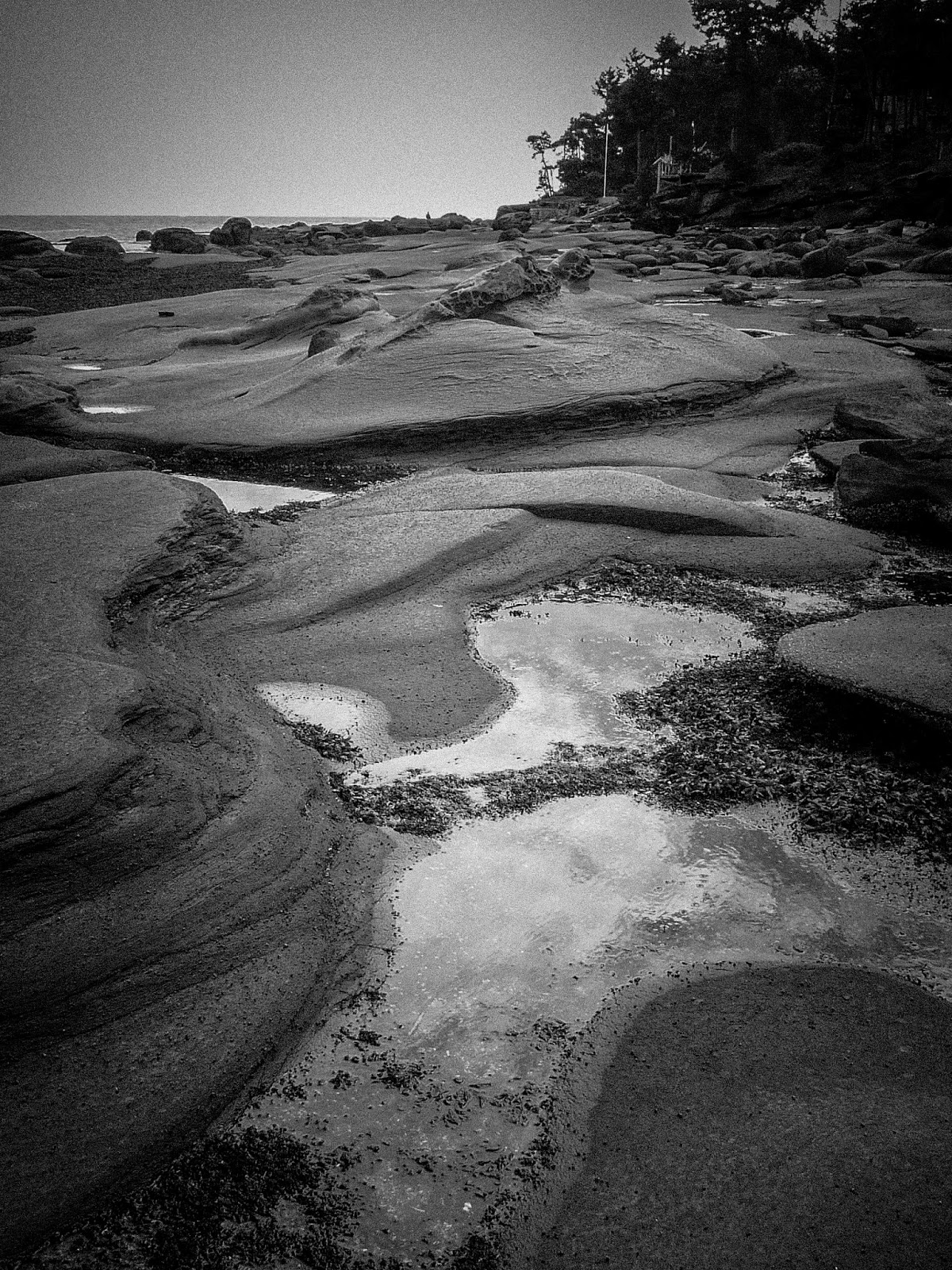 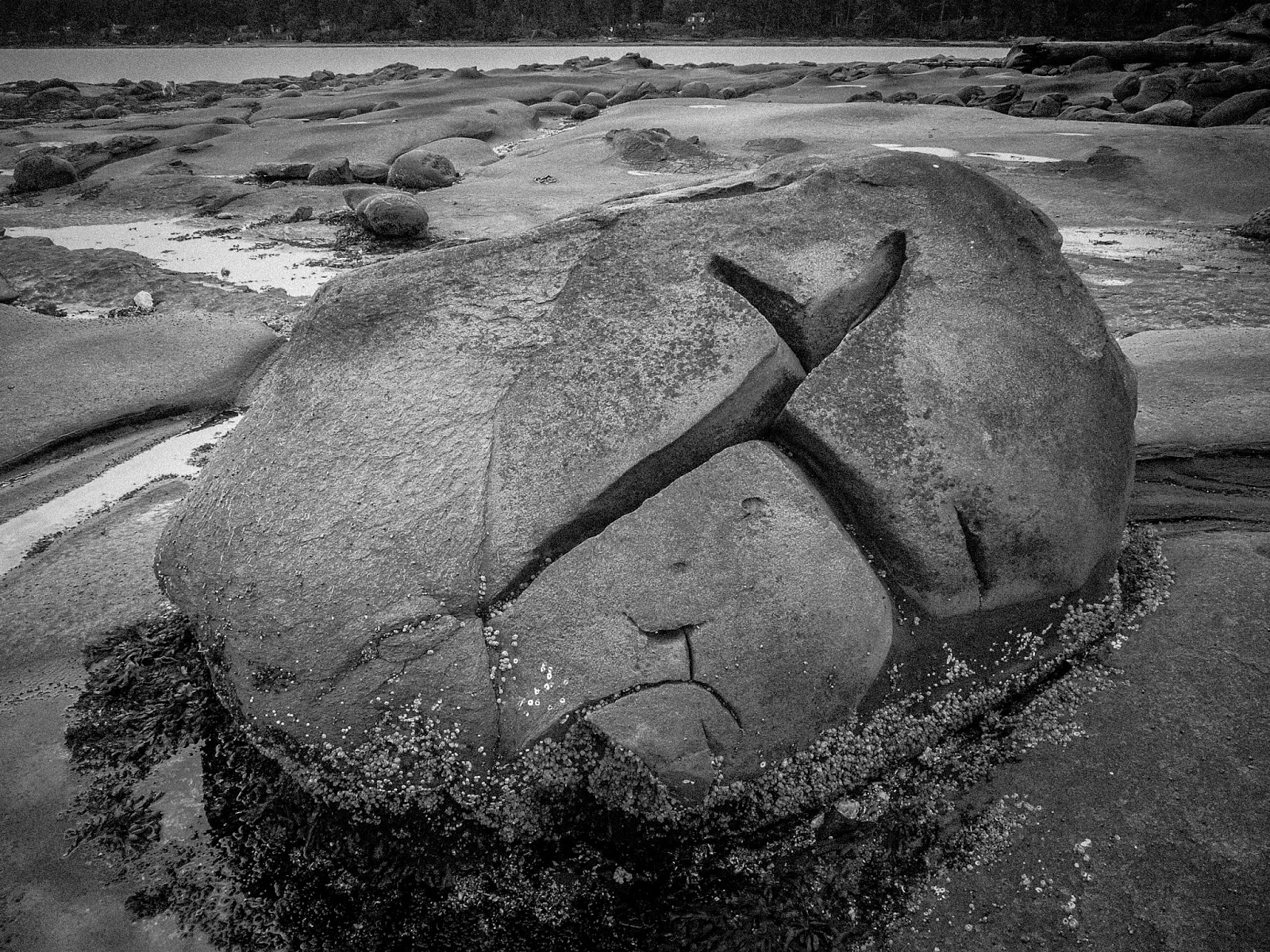 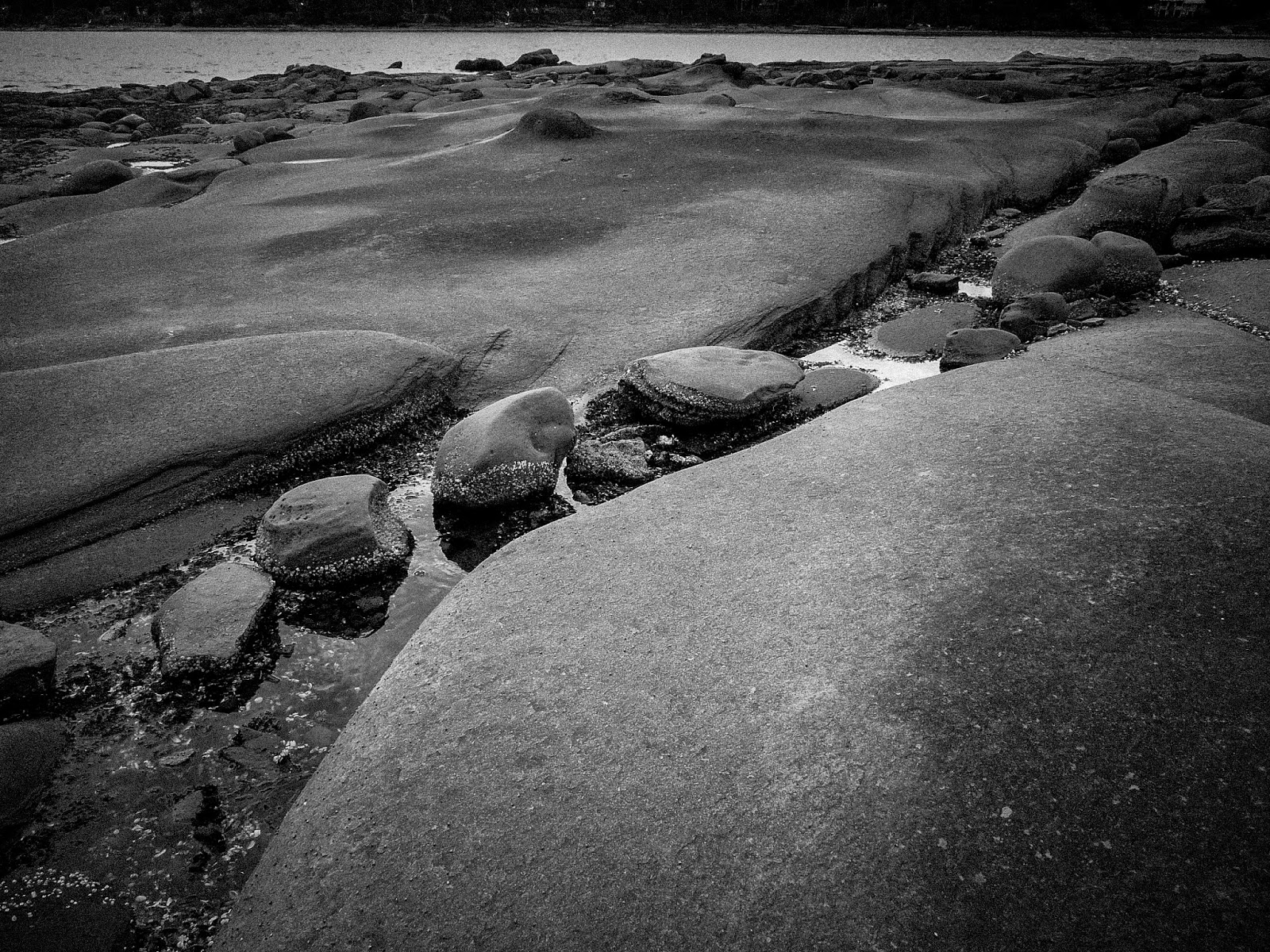 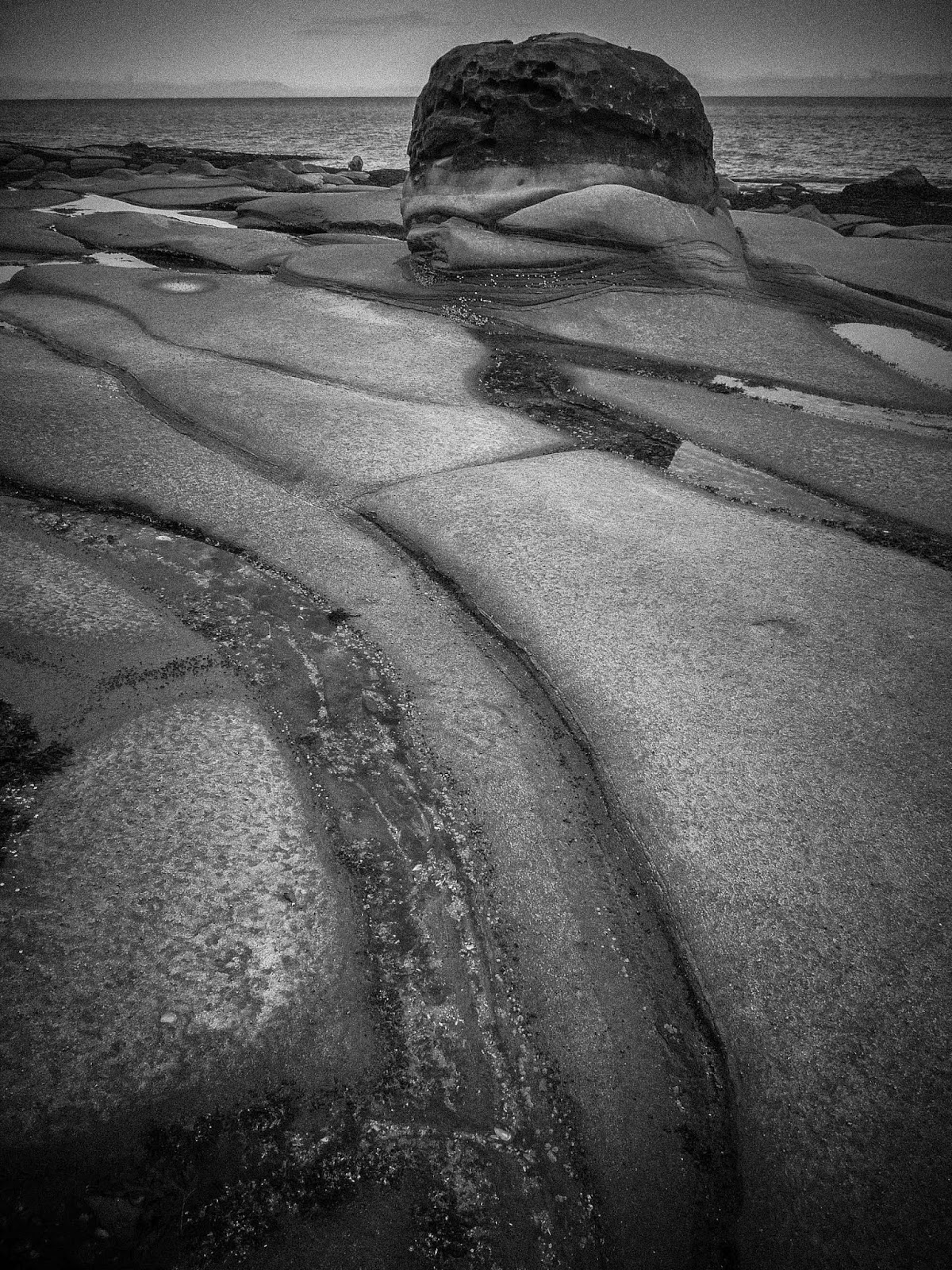 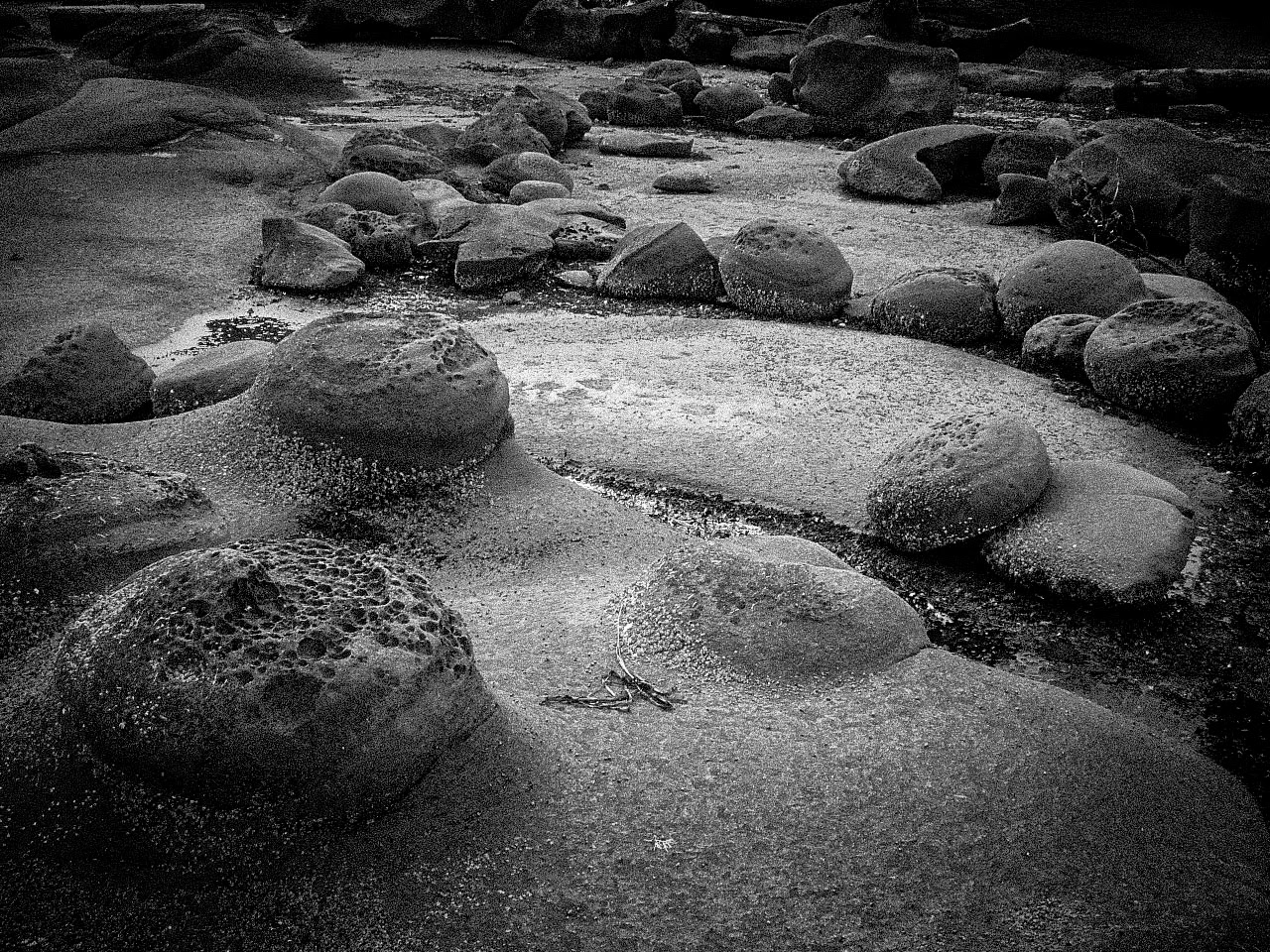 Gabriola has the most amazing sandstone beaches, formed during a volcanic eruption millennia ago, and the sea has been sculpting them ever since.