Threads From the Past 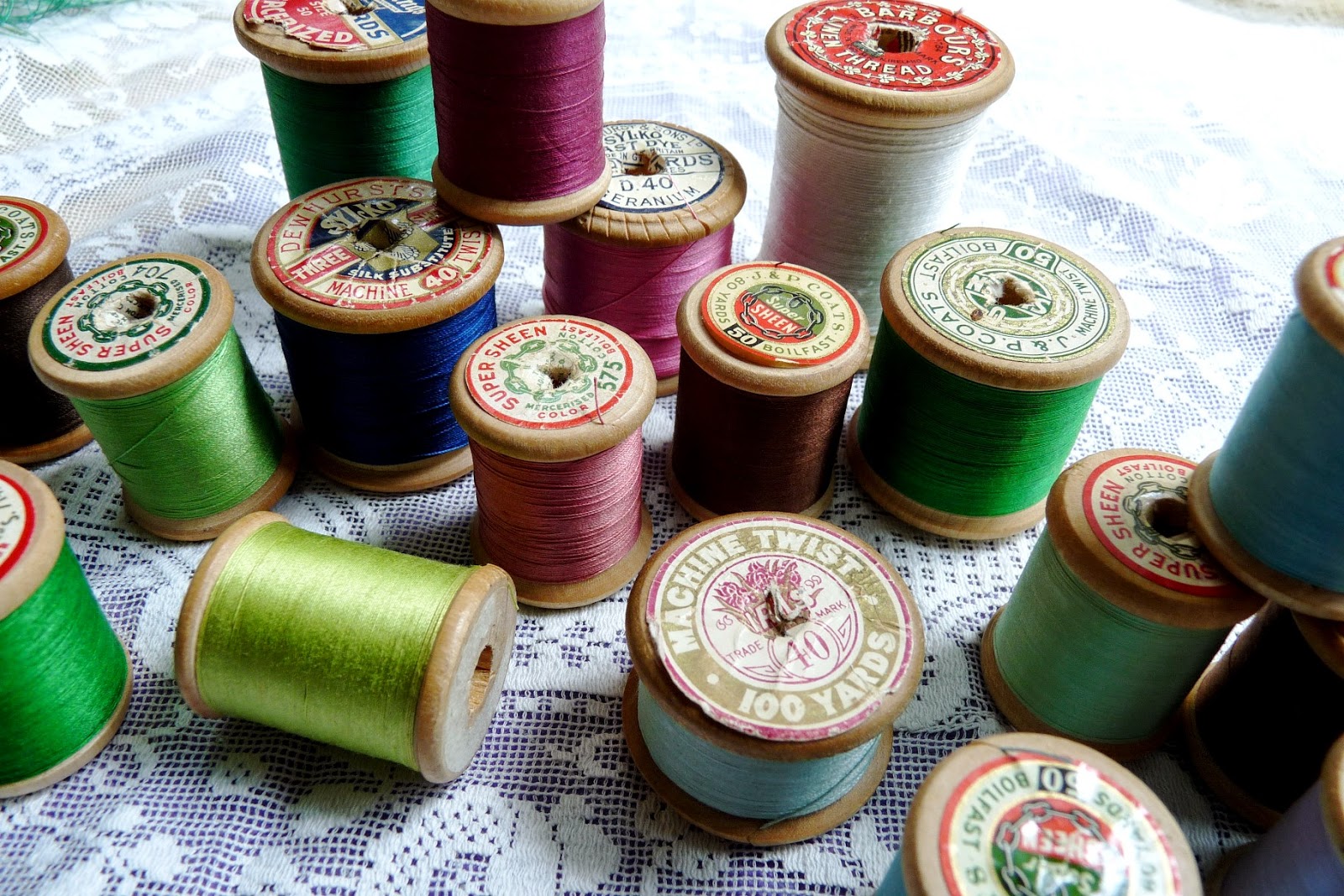 Yesterday, the thrift store yielded up a hoard of old thread on wooden spools. Greedily, I grabbed as much as I could hold in two hands. Such pretty colours - made me think of the garments that may have been sewn with them - maybe a prom dress, or a ruffled blouse. Perhaps someone's first mini-skirt was sewn with thread from these spools, or a home-ec project that was never worn. The clothes, and the stories that went with them, are likely long gone, but the leftover thread was saved for "just in case."

Wooden spools haven't been made for at least 30 years, so the thread is mostly too weak to use. Cotton perishes over time, especially if stored near heat or light. I tested its strength as I unwound the dusty outer layer, revealing the pure colour beneath. Some broke easily, while other threads were still strong. 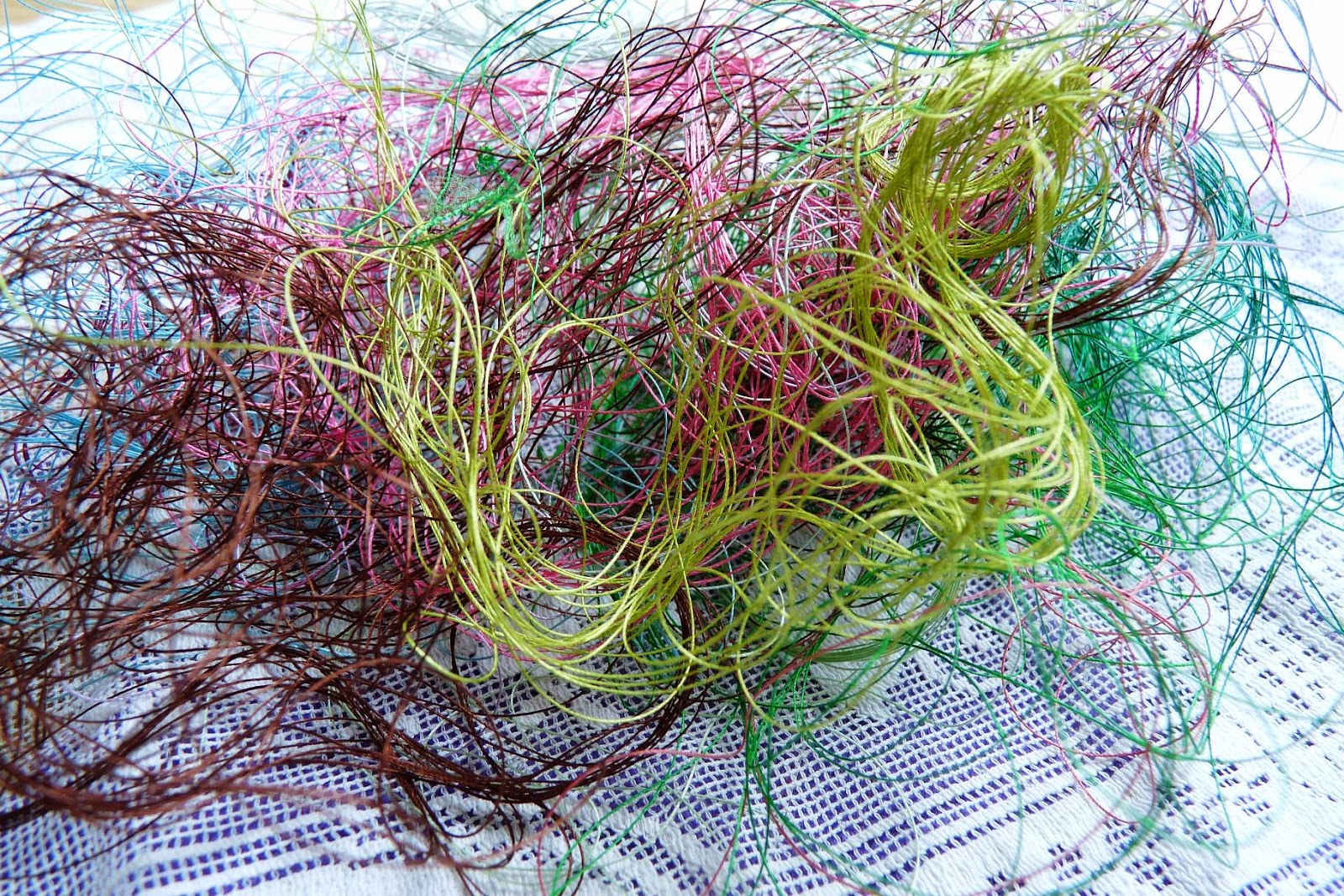 I took a picture of the little pile of thread - later, I will cut it into shorter lengths and hang it on the trees outside for birds to use in their nests.

Robin Wall Kimmerer's Braiding Sweetgrass finally arrived from the library, and I am loving it, as Jean predicted. Such beautiful writing, and such an illuminating perspective on life. It inspires me to think more carefully about the relationships between humans and all the other beings in this world, and to keep an open heart.
sewing thrift stores