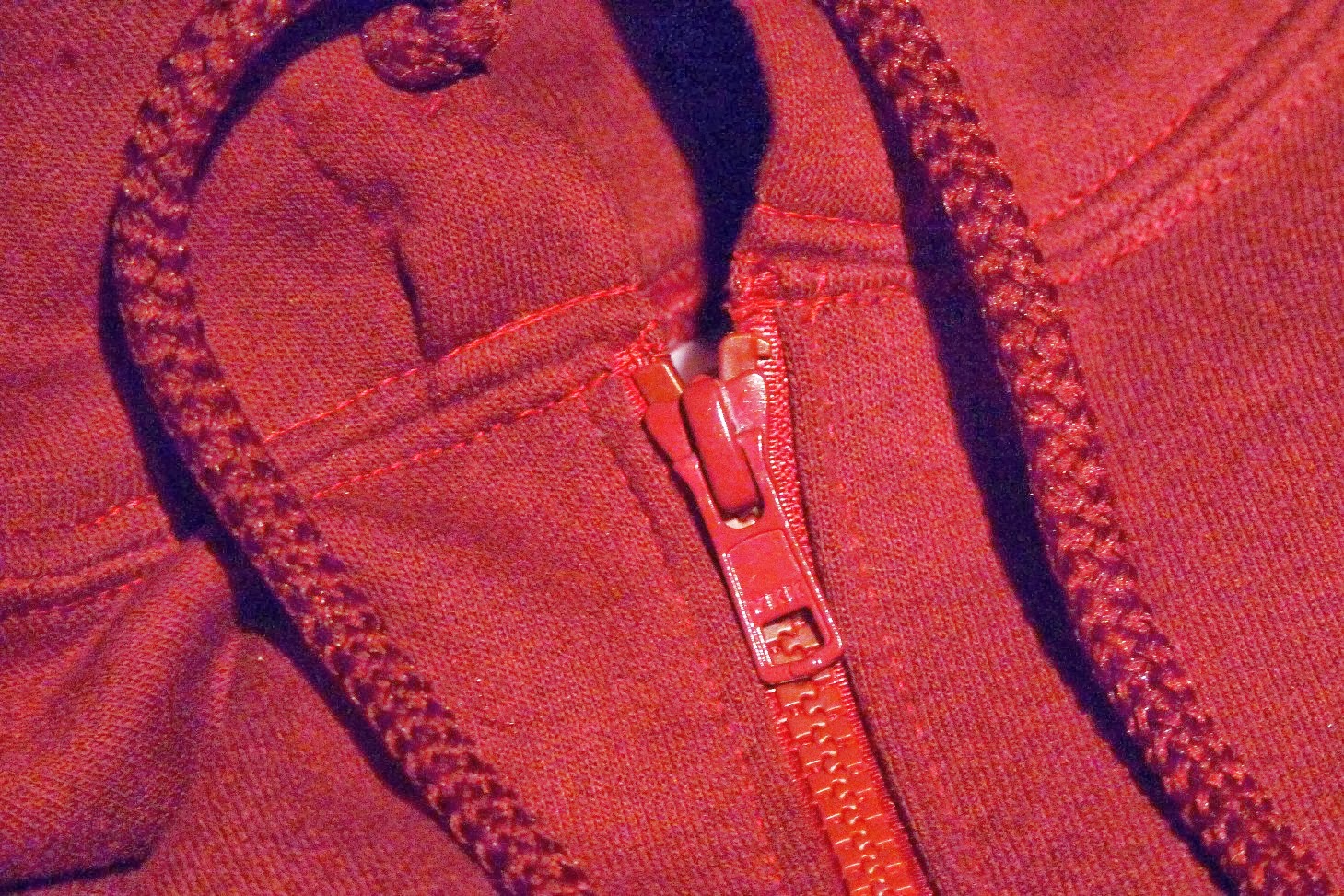 A senior's walking group hired me to install zippers into their new club jackets. A bit of a crappy job, especially since I underquoted them far too generously. Still, I think it was worthwhile, as it brought me and basting closer together.

These were kangaroo type hoodies, with a big patch pocket on the front. All I had to do, I thought, was cut them up the front and sew a zipper in. Foolish me.

First off, even though all the jackets were the same size, each of them was a different length. Only one was exactly 26" long. Also, only one (not the same one) was on grain. Complicating matters was that the hood had been sewn in with a bit of an overlap so I couldn't tell exactly where the centre was. Through careful measuring and marking I was able to slash the front quite neatly, but I did have to undo about 2" of the neck seam to do it.

I then zig-zagged the cut edges, folded them in and pinned in the zipper halves. Normally I would consider this enough and just have at 'er with the zipper foot, but considering the bulk of the fabric over the pockets and that I was working with a scant 3/8" seam allowance I took the time to hand baste the zipper.

It sure made sewing the zipper a breeze. Removing the basting thread the first couple of times was another matter, since I had basted too close to the stitching line. I did better with the rest of the jackets.

But then, re-sewing the neck seam was an unforeseen challenge. It originally had been serged and then cover stitched, so there was a lot of fussiness to get things to match after I tucked in the excess fabric from the neck edge of the hood. Basting saved unpicking of stitches, and probably a lot of swearing on my part.

The finished job is not beautiful, but it works.
mending sewing