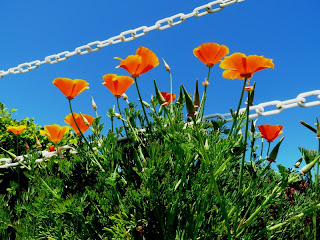 The skies were so clear and blue yesterday, lovely after several days of rain. We took Gracie and Mischa down to one of Gabriola's beautiful beaches after the Love-In. These California poppies were blooming in a garden fronting onto the beach. 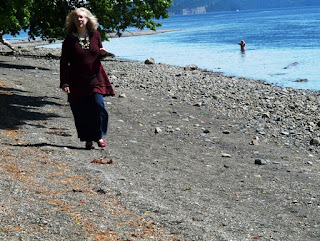 Some poor guy was standing out in the water, shivering. (You can see him in the upper right of the picture.) The girl with him was jumping in and out, swimming and playing. He just stood there with his arms folded - no wonder he was cold. 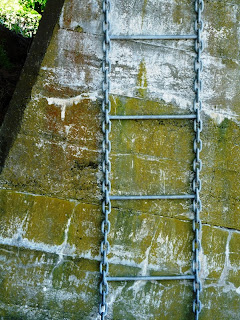 There were some interesting textures and shapes. 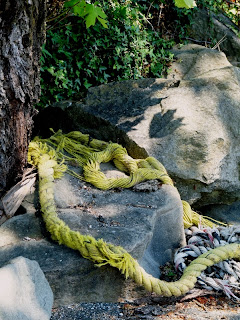 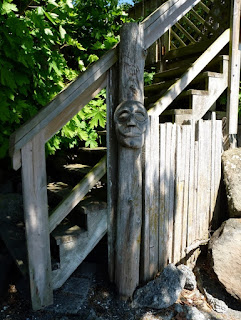 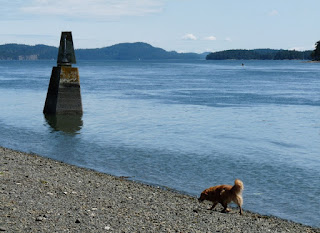 Dogs love the water of course. Gracie hunted for sticks that I might throw for her. 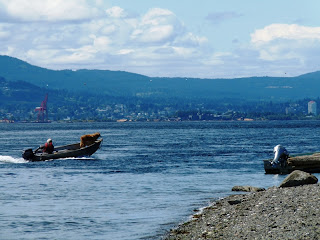 Check out this Golden Retriever, standing eagerly at the prow of his master's boat. That's Nanaimo harbour in the background. 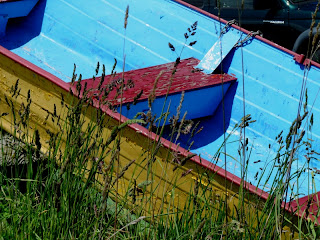 The old tin boats pulled up on the shore were also a great mix of colour and texture. 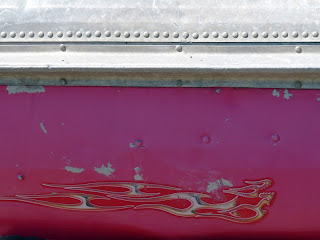 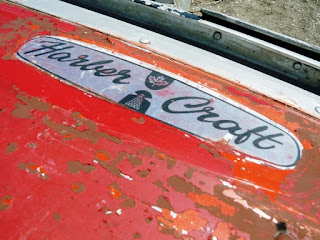