Keeping All the Balls in the Air 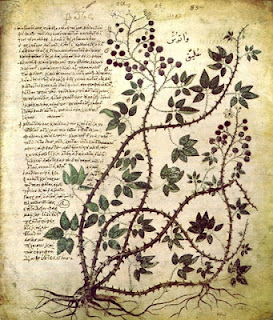 Looking back at my last couple of posts, I realize I must seem like a crazy person. (Not that that's a bad thing, one of my favourite fridge magnets says, "So this is what insanity must be like, I thought... and I could kind of see its appeal." Amy Rubin at Pinwheel designs ) One minute I'm crowing about taking myself seriously and working to a schedule, and the next I'm tearing my hair out over a completely different project. But I know most creative people have more than one project on the go at any given time, so I'm hoping you will understand and not be making any third-party referrals for me to check in to the loony bin.

And as it happens, yesterday's weaving was a relative success, with only four broken threads and a full yard of fabric woven. I have had to slow down and pay attention to each shot of thread thrown, and beat both before and after changing sheds. Mindfulness is a wonderful thing. I think the thread may have been a little old, and combined with a fairly closely spaced warp, it is a bit sticky. But still, in an effort to simplify my life by removing obstacles, as soon as the aprons are done I am going to put the loom on our local freecycle list and say goodbye.

But what might this all have to do with blackberry brambles, you ask? The illustration at the top of this post was found on the internet, with no attribution given, so I have no clue as to its original author. The text is in Greek with a few handwritten notes in Arabic. The thorny brambles have just the look I am after for the border of the bears, and I am using it as the source for my design. The chef suggested blackberry vines as a border, and I agreed they would be appropriate. I looked at hundreds of images before I came across this one. I traced the illustration, simplifying and modifying as I drew, and then, by mirroring and reversing on the photocopier, I came up with a rectangular border. I am now re-drawing it so it twines around the bears in a pleasing way.

One of the reasons I thought blackberry brambles suited the bears is that Louis Nicolas wrote about them in his Natural History that accompanies the Codex, and goes off on a long tangent about how the native people call missionaries like him "black robes". (I just watched the movie Black Robe again for the first time since it came out back in the last century. Kind of inaccurate about First Nations people, but gave a good feel for what life must have been like for Louis Nicolas.)

I also like the menacing claw-like thorns and the rampant, uncontrolled, vine-y nature of the blackberry brambles. I plan to embroider them fairly simply in stem stitch with french knots for the berries. Hope it all works! With the new schedule in place to keep things moving along...huh, we shall see...
codex canadensis design technique embroidery weaving