on October 14, 2012
A friend gave me a plastic tote filled with stuff that had belonged to her mother-in-law. "It will be a treasure chest for you", she said, and she was right. The mother-in-law was Dutch, and an exemplary needleworker. 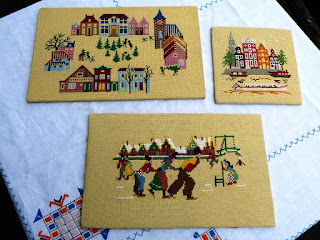 There were a number of embroideries, mostly counted cross stitched. scenes of traditional Dutch life. 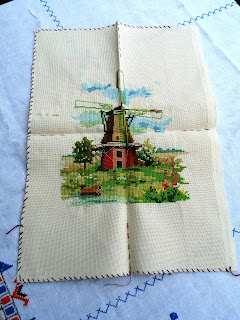 Some were not quite finished, but reveal the meticulous way she worked. In the picture above, you can see the overcast edges and marking of the centre lines. 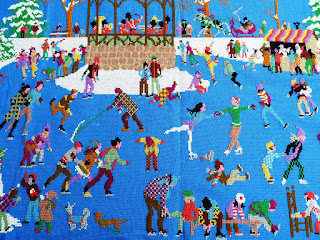 This one is a very large, colouful winter scene. 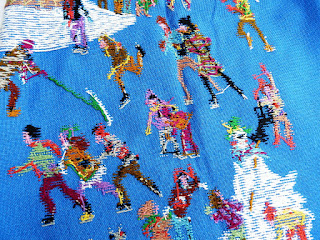 And this is the reverse, showing the neatly finished thread ends. I am old school enough to admire such carefully finished stitching, as I so rarely achieve it in my own work. 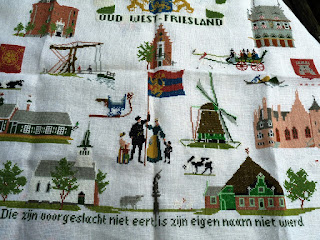 This is an example of a typical style of design found in the stacks of patterns in the chest; scattered motifs of landmarks, family, flags and industry. I particularly liked this one, as I am descended from Frieslanders on my mother's side. Alas, I don't know what the motto says. 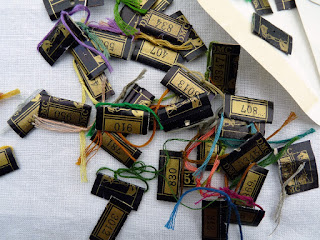 How could I not be entranced by an envelope filled with bits of embroidery floss attached to their original DMC tags? 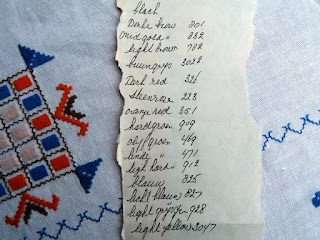 She kept careful notes on the colours needed for each pattern. 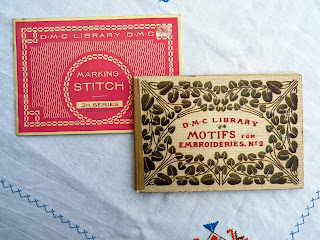 These two DMC booklets are real beauties. I plan to share more of them later. 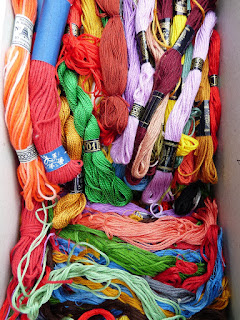 There was a shoebox filled with an orderly array of embroidery floss and pearl cotton. 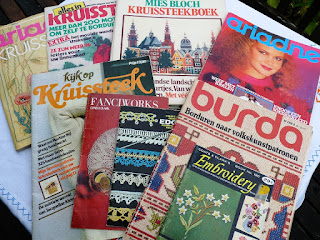 A stack of fascinating pattern books from the 1980's. I was struck by the intricacy of the embroidery designs in particular, and wonder if the standard of skill in needlework was higher in Europe as compared to North America (probably), or if people just favoured more elaborate patterns. 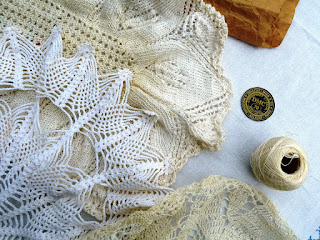 There wasn't just embroidery, either. These three doilies show she also knitted and crocheted. In the bottom of the chest were dozens of straight knitting needles and crochet hooks. 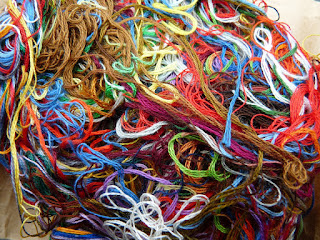 And, surprisingly, tucked away in a small paper bag was a mass of odd bits of thread. Maybe she saved them out of thrift, which could be expected from a lady who lived through WWII, but I like to imagine that perhaps she secretly enjoyed the chaos of colour as a counterpoint to the perfection of her finished work.