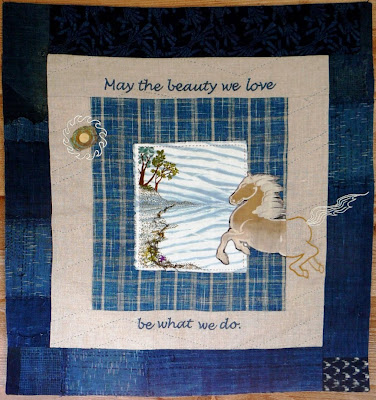 I added a boro cloth border. My friend Jean-Pierre sent me some beautiful shreds of cloth from Kyoto, and I cut (Yikes!) and pieced them with a scrap of kasuri (lower right corner) and some katazome (upper border) that I got from Britex in San Francisco several years ago. 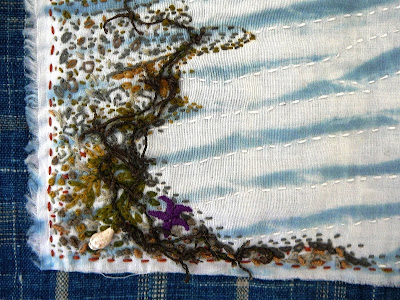 I found a tiny shell to add to the beach scene. (EARTH and WATER) 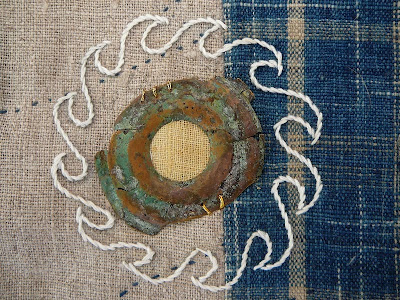 The patinated brass disk I found on the beach became a sun image. I embroidered a twelve-rayed, whirling solar fire around it. This element was stitched and pulled out twice because I wasn't satisfied with it. (FIRE) 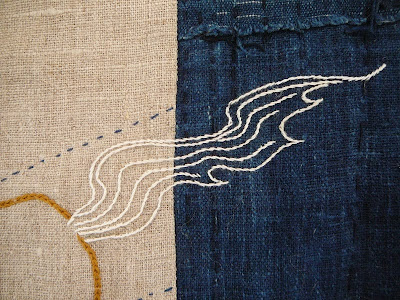 The flowing tail of the horse echoes the flames of the sun. 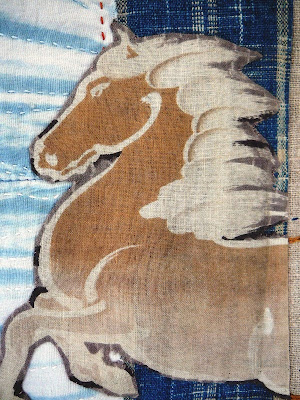 The wind horse (AIR) carries prayer from earth to heaven. 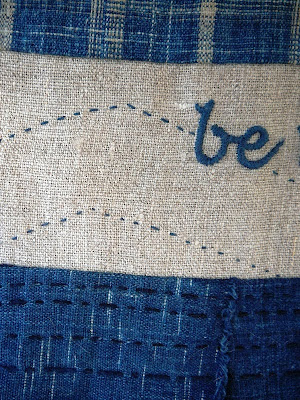 There has been a series happening, so slowly that if you are new here you might have missed it. The other pieces can be seen here, here, and here.
*Now that the piece has been delivered to its intended recipient, I can tell you how it began. It was commissioned by Jean-Pierre Antonio as a house-warming gift for our mutual friend Jacqueline Pearce. The piece contains fabric sent to me over the years by J.-P. and the yellow of the sun is from a small piece of antique cotton Jacquie bought on her first trip to Japan.
embroidery Japanese cloth