Here's a virtual tour starting at the right as you enter the gallery. Above, the fabric came from a stack of pillowcases I found on the free shelf at our local charity shop. I challenged myself to use only these somewhat worn and woebegone fabrics. I allowed myself some vintage rickrack to liven things up.

Above, my collection of vintage hand-crocheted potholders finally found a home. A Harris tweed backing supported a handwoven linen tablecloth with a crocheted edging that I found at the Lasqueti Free Store many years ago. The two panels about beauty and duty came from an antique store in Nanaimo. They had been embroidered in a drab brown thread, so I took the liberty of adding some colour with paint.

Next up is a reflection of my current state of environmental grief. The words come from King Lear, and are spoken by Edmund, the illegitimate son of the Duke of Gloucester, whose scheming has led to tragic ends. I don't expect anyone to get the reference but hope that the words resonate nonetheless.
These two pieces are simply quotes I couldn't get out of my head. Again, trying to find a path through the grief of seeing our world in such a desperate state.
You might recognize this piece from a couple of years ago. I thought the design was of Indian origin, but discovered it was actually a Marsh Arab design. The Marsh Arabs lived in the wetlands of the Tigris-Euphrates basin, making their incredible homes and boats out of reeds. They were displaced during the Gulf War, when the marshes were drained for strategic military reasons. Yeah.

I have previously written about this piece here. The culmination of my series inspired by the Codex Canadensis. I went all out and had a custom stretcher and frame made. 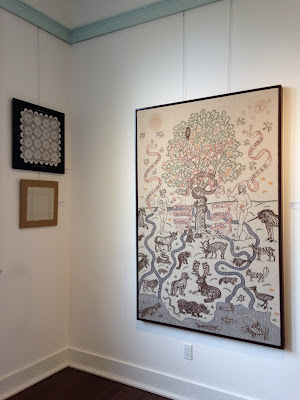 For scale. The room is fairly small. I am indebted to Carol Fergusson for her professional expertise in hanging the show.

The last piece to be finished, only a day before the deadline, is a reversal of an early 1600's drawing of the universe. Depicted as a black square on a white ground, with the Latin words meaning "and so on unto infinity" on each side, its minimalism felt contemporary. When I found the doily with its nebula-like swirls, I knew exactly what to do with it. I titled it in honour of Caroline Herschel, who was trained only in needlework, because girls didn't need an education. She became her brother William's housekeeper, eventually helping him with his astronomical work and independently discovering comets and mapping the heavens. 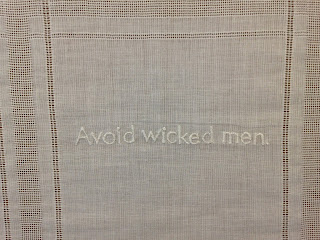 For more on the one above, use this link. 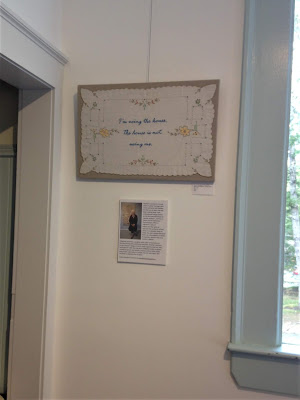 You have also seen this piece on the blog before, refresh your memory here.

I wrote about "Chemin de la Paix" here and here. And the beginning of "Wheel of Life" is here. 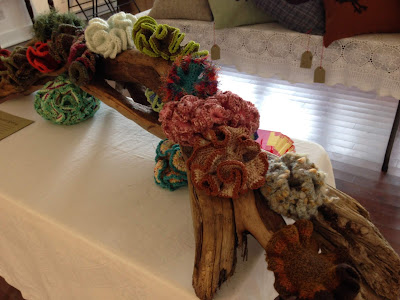 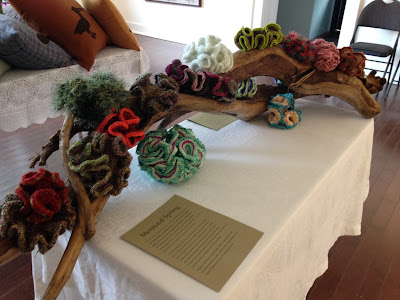 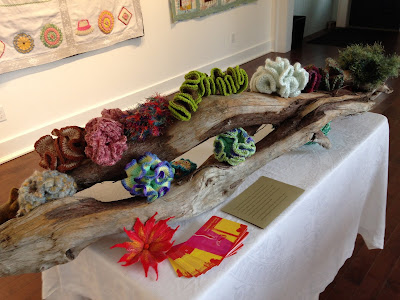 In the centre of the room were two tables. One was a display of my crocheted hyperbolic forms that I am making for Mermaid Spring, and the other was full of pillows I made with thrifted wool fabrics and appliqued wool felt silhouettes of critters from the Codex Canadensis. 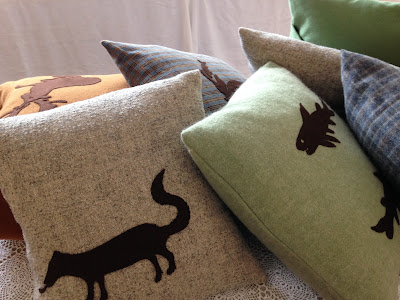 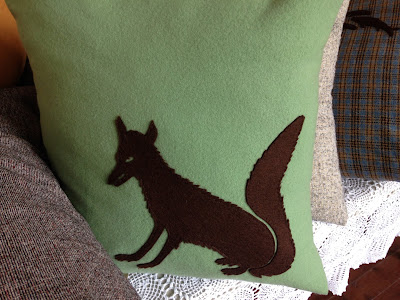 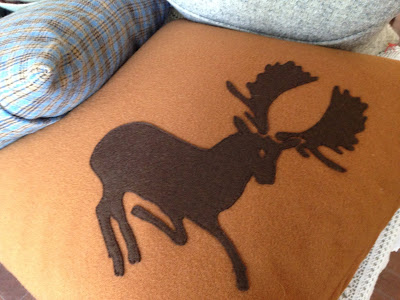 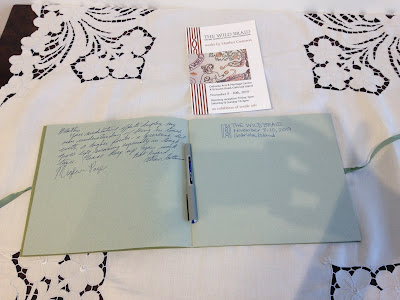