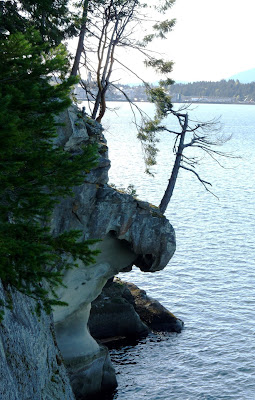 It was an especially nice spring day today, so Gracie and I went on a celebratory walk. The cliffs of Gabriola are spectacular, and slightly scary. 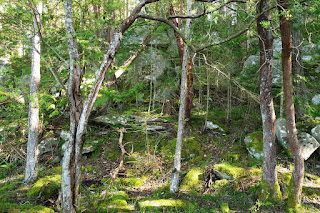 A short scramble down a steep path, 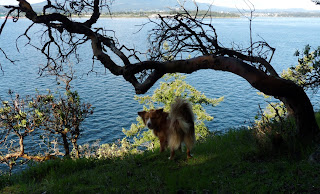 and we are looking across to Nanaimo. 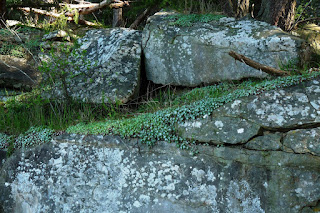 The rock is mostly sandstone. An early industry on the island was quarrying millstone - apparently our rock is perfect for grinding flour. I think the quarry closed in the 1950's but some of the huge cylindrical stones can still be seen. They are awesome too - I'll take pictures another day. 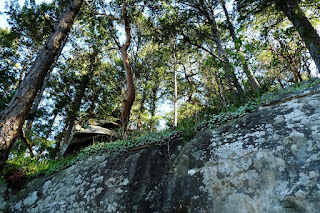 Looking up the face to arbutus, Douglas fir and Garry oak trees. 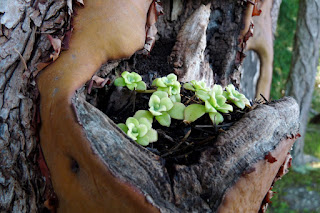 A native sedum has found a niche, 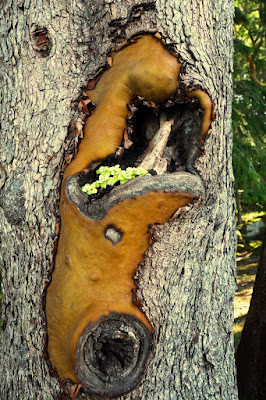 on a gnarly arbutus (madrona) trunk. 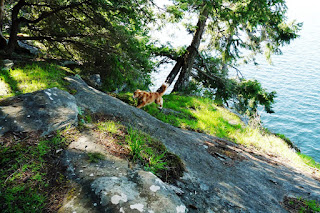 Gracie was exploring so enthusiastically I was worried, but she had the sense to stay away from the edge. 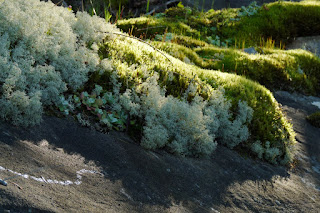 I think I am in love with mosses. 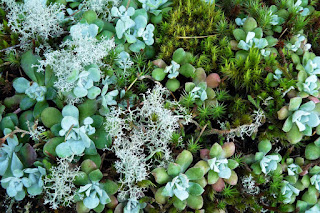 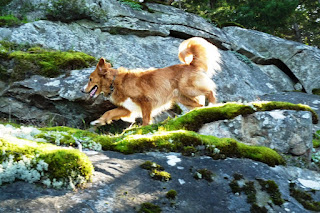 Gracie was in her element. Pure doggie joy in the moment. 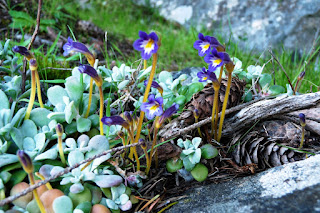 A few wildflowers were found. Here is our native stonecrop, which looks like it's in bloom, but the flowers are actually naked broomrape, which is parasitic on the stone crop. I had never seen this before - my naturalist friend Gretchen says it is quite rare. 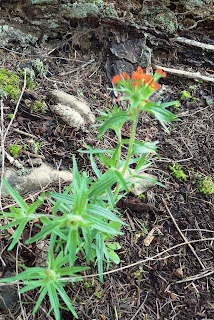 Indian paintbrush - seems too early for her, but there she is. 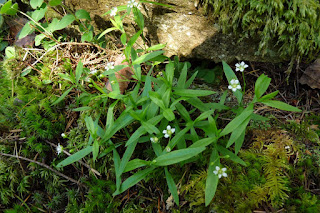 And I don't know found out what this dainty little flower is. Big-leaved sandwort! It was growing in an area that also had Blue-eyed Mary, the photo of which was sadly out of focus. 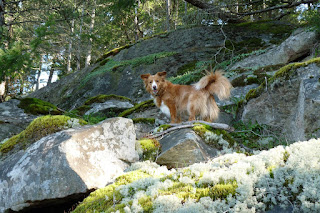 And then it was time to go home. Don't worry Gracie, we'll come back again soon!