Look What Tea and Cake Can Lead To! 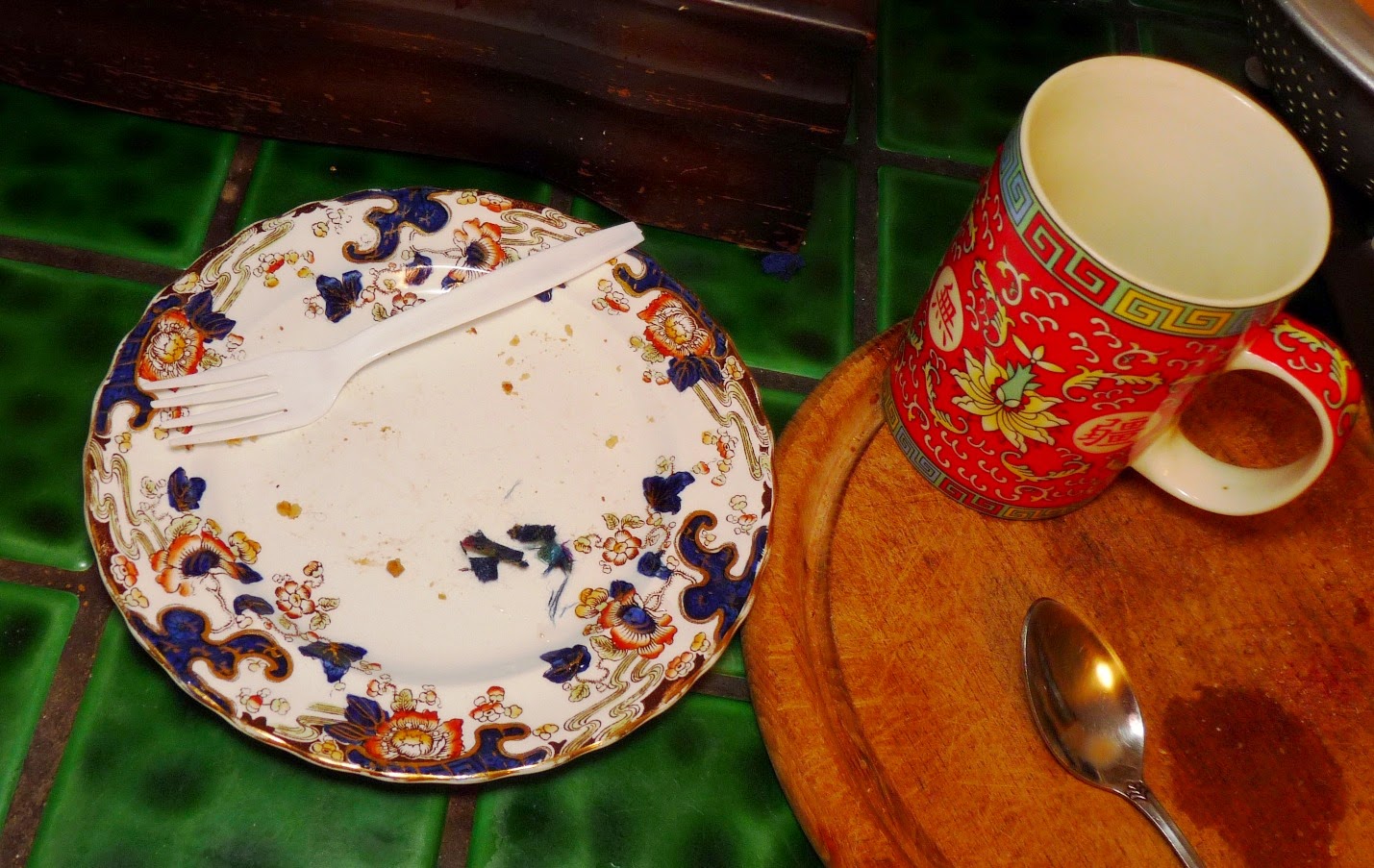 You know you've had a hooker over for tea when the orts on the plate aren't all of the edible variety.
And I guess hosting a lively group of textile enthusiasts in the afternoon inspired me for later in the evening. It doesn't look like I have done anything but fancy napkin folding, but I was working on some ideas for a winter white quilt made entirely of vintage linens. I had twelve napkins, so I tried this first: 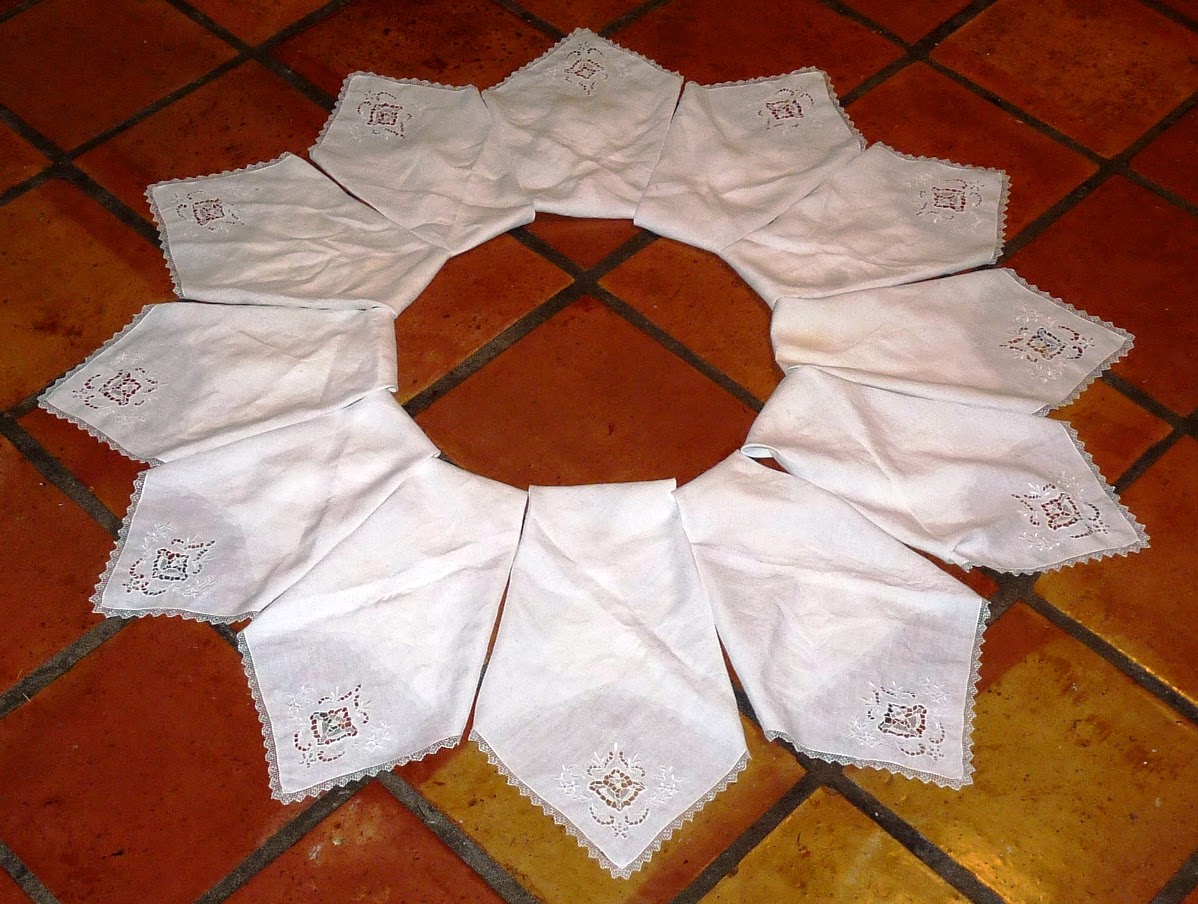 Then I folded eight of them a different way, and came up with this octagon, which I think could work as a centre for an eight-pointed star. But as you can see from the jumble on my table, I need more space! 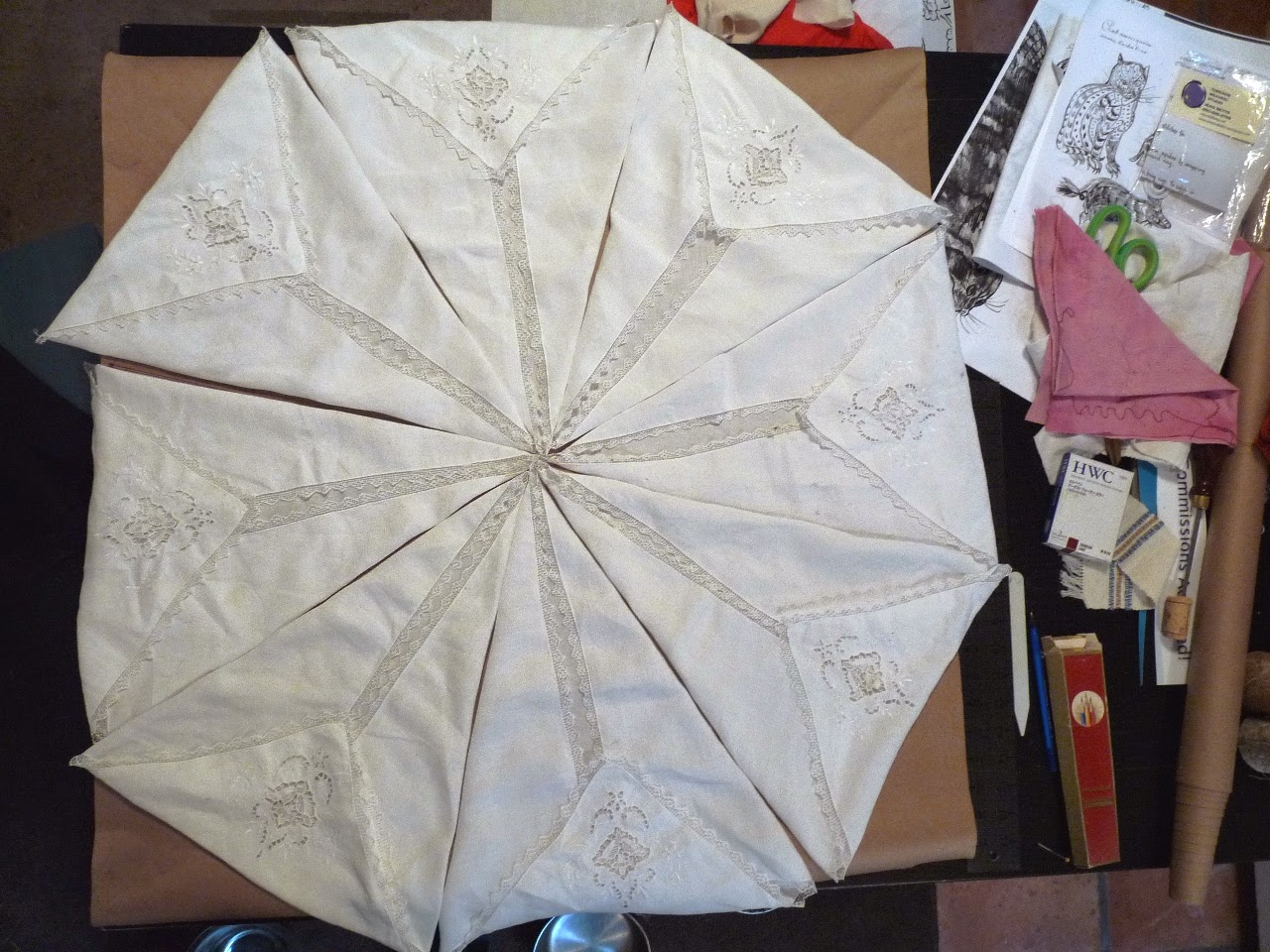 It really doesn't look like anything at this point. But I think it has potential, especially if I stitch a layer of cream silk to the inside of each triangle so the lace gets shown off to advantage.
design technique quilting rug hooking Vintage cloth