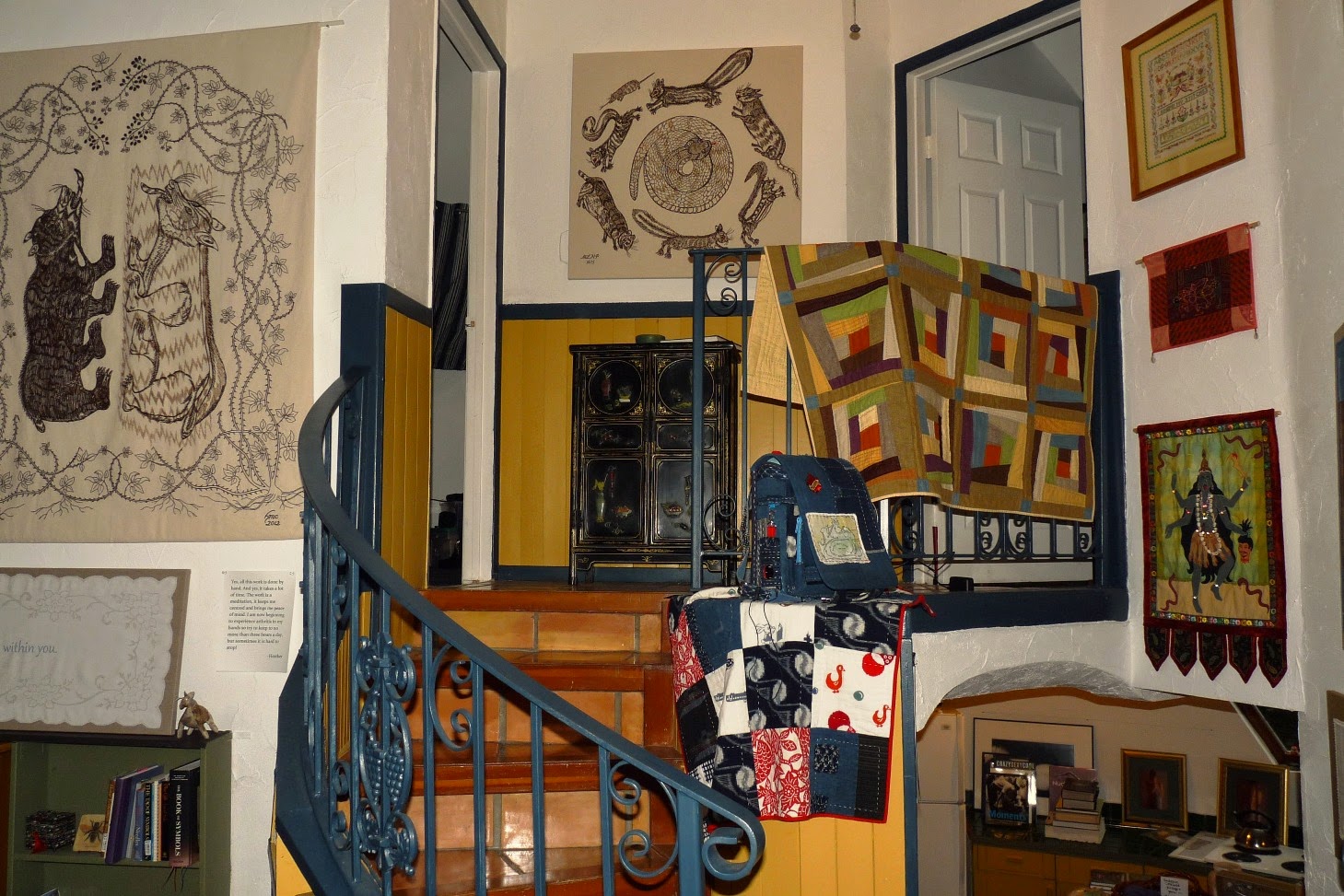 The 2014 Thanksgiving Studio Tour is over. Well, technically there is still an hour to go, but it's pouring rain, and we haven't had any visitors for two hours, so I'm assuming that everyone is snug and warm at home. Anyway, it was a mad house the first day, with over a hundred visitors. I was exhausted by 4:00, and trying to think of clever ways to get out of the next two days. Get my mom to write a note to the Arts Council, saying I was in bed with a bad cold? Post a sign on the door saying "Gone Fishin'"? Oops, there's the doorbell, please excuse me. 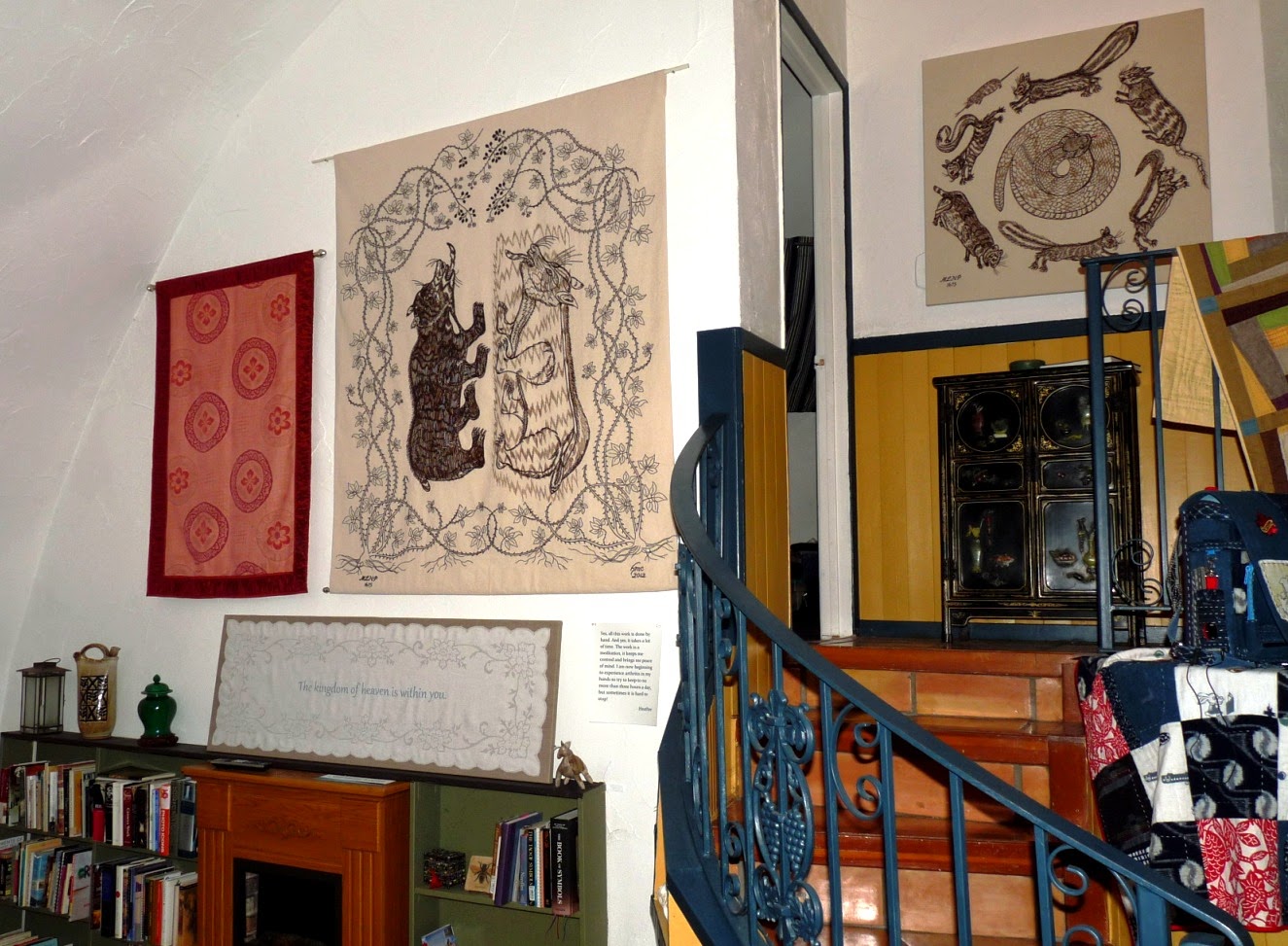 A few more intrepid souls ventured out in the rain. A lot of people came just to see the dome, I think. I heard many stories about the house's history over the past few days, and met the owner of the only other dome on the island, as well as the past owner of this one. Kinda fascinating, and for me a nice break from talking about my own work - I am truly feeling like a broken record. 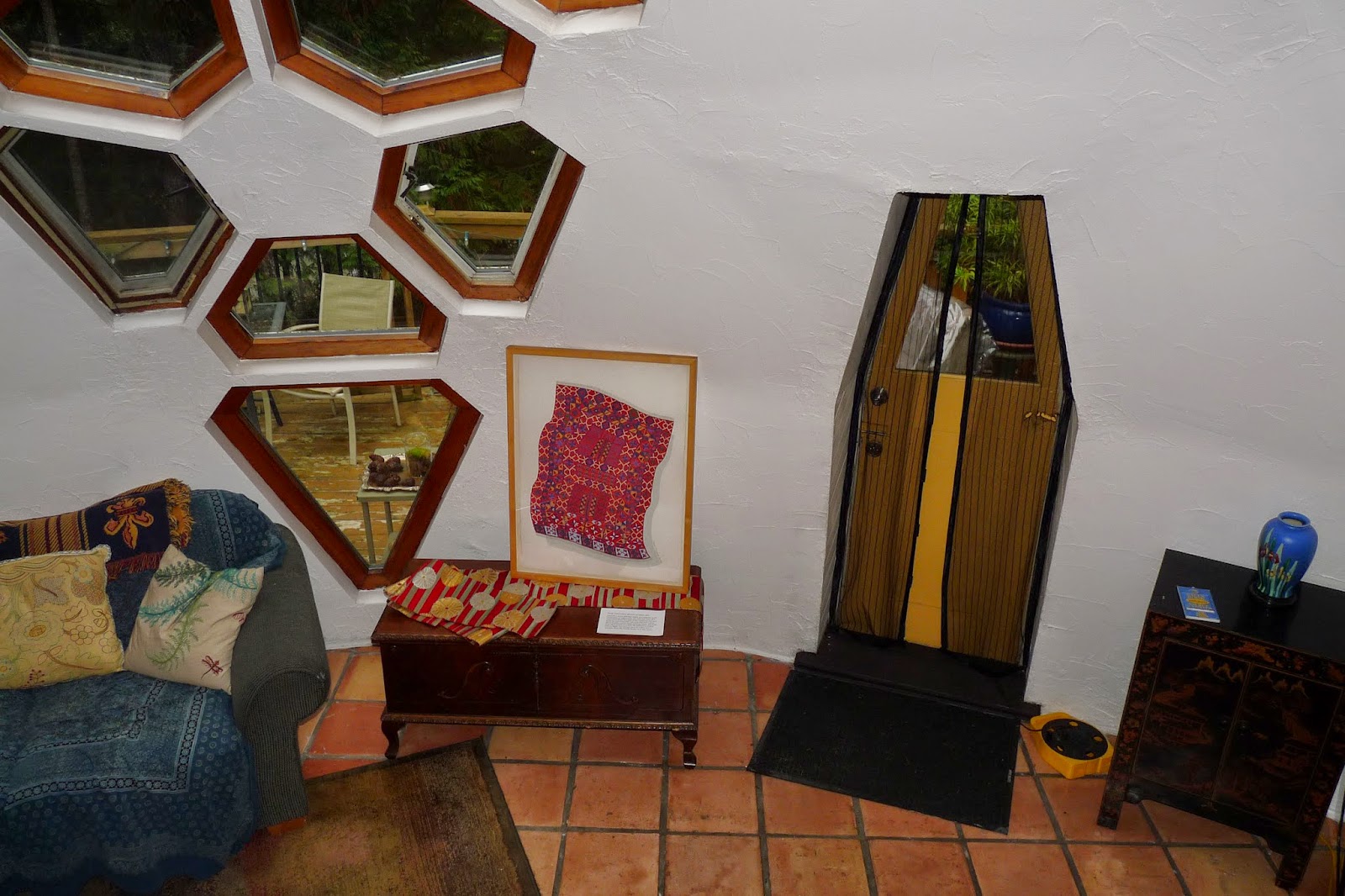 We didn't sell a lot, but that was hardly our goal. Mostly we just wanted to meet people and have them see what we do - sort of an investment in the future that I am am sure will pay off in many ways, the least of which is monetary. Lots of cards were exchanged, there is talk of teaching and stitching groups and collaborations. 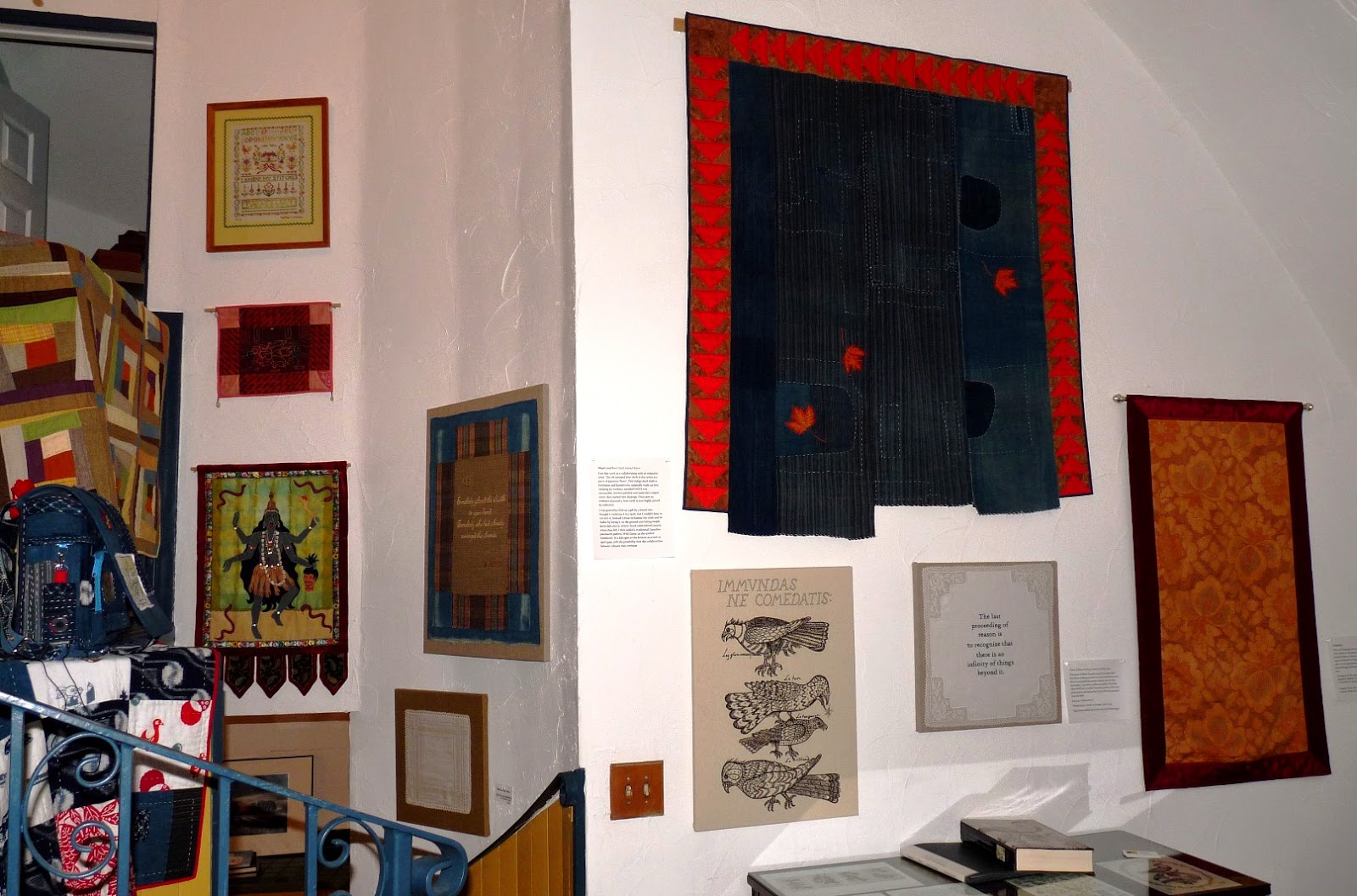 I found out that many women share my love of vintage linens, and that many have stashes of treasured pieces.  I even had a group of Girl Guides visit, and I was proud to show them the sampler that I made for an embroidery badge back when I was a Guide.
The low point of the weekend was with our first visitors on the second day, when our worst nightmare happened. Gracie and Mischa, resident canines, aren't particularly used to guests and tend to bark unpredictably. We couldn't find anyone to take care of them, so we just kept them under control with lots of rewards, and they behaved perfectly the first day, greeting 100 people without incident. But when a family of five, including two small children, arrived on Day 2, the dogs barked, the kids freaked, Mischa charged the little boy, nipping his pant leg, and everyone was very upset. James immediately grabbed Mischa and retreated to the bedroom, not coming out for hours. He later said he was envisioning lawsuits and the police coming and having to make a run for it. Of course none of that transpired - I just went on automatic and greeted visitors on my own for a while, and everything went fine. But I felt just terrible, thinking we had ruined the tour for that family, and the kids would grow up fearing art and especially artists and their dogs.

Another less serious example of why dogs and studio tours may not mix is that Gracie had eaten something that didn't agree with her and was wafting the most disgusting farts through the room as I was talking to people. Silent but deadly.

******
Well, that was written two days ago. It sure takes me time to get my energy back. I'm not 100% re-charged, but getting there. James and I have taken the momentous step of hiring an assistant, part-time. Not that we have money to pay her - James is using the wages from HIS part-time job to fund the position. But our hope is that she will help us be more productive and better organised - I will introduce you to her in future posts.

And here is the completed embroidery I did for Chris. It measures 18 inches high and 52 inches long, and I am very happy with how it turned out. The photo doesn't quite show off the colour of the text, it is a bit darker than it looks here, but the embroidery floss has a sheen to it that reflects light.
art embroidery island life