on September 29, 2014
It's not often that one has a transcendent experience whilst ironing. Last night I gave the finished stitching a gentle bath, and laid it out on a towel to dry. (Washing note - I used a few drops of Seventh Generation Ultra Concentrated Laundry Detergent, Geranium Blossom and Vanilla Scent. I love the stuff!) 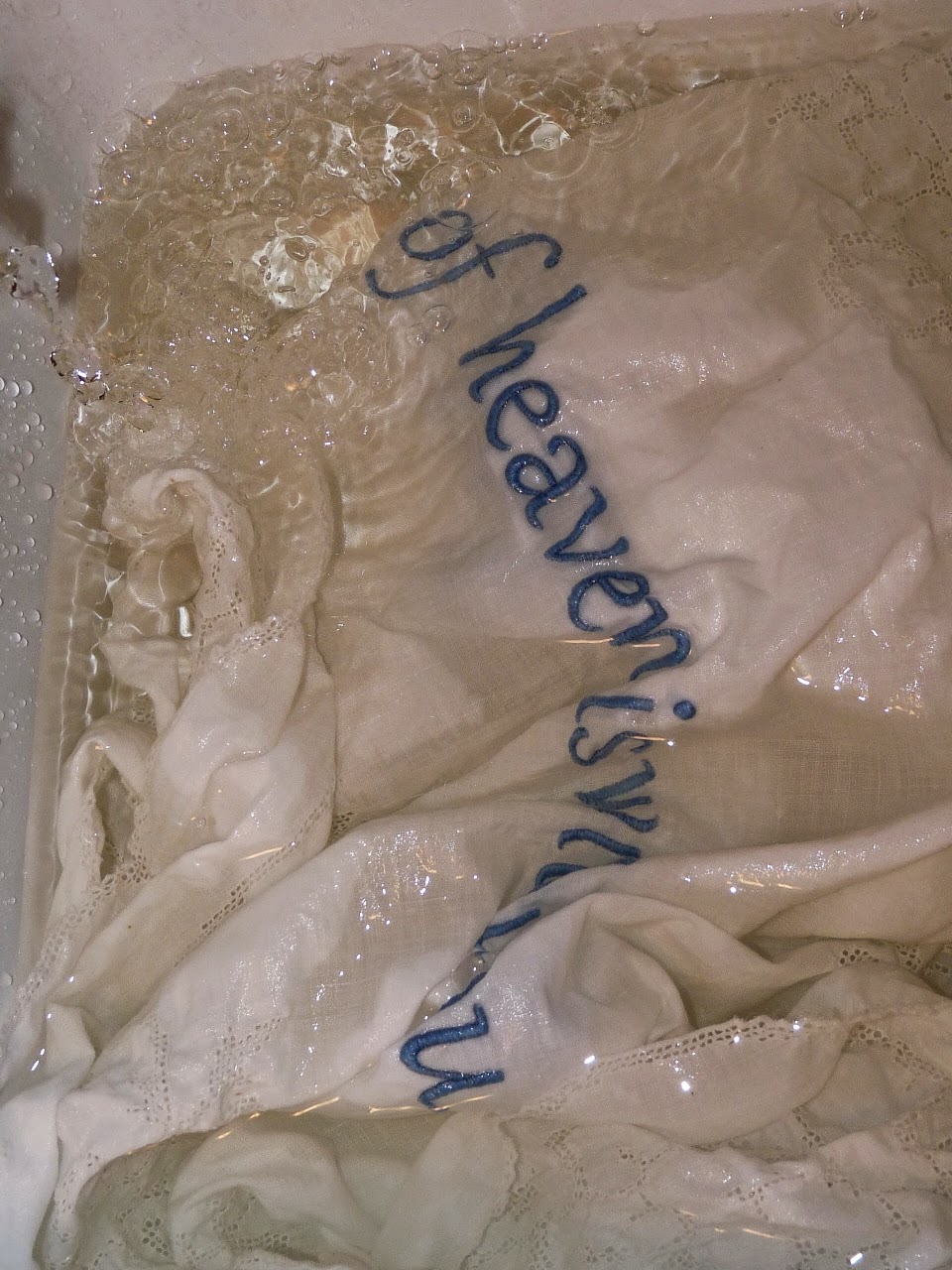 When it was almost dry, I began pressing it, face down on a thick towel. I was especially careful around the embroidery, barely caressing the surface of the cloth with the iron. I could press a little more firmly on the rest of the linen cloth, and as it flattened and dried it became so crisp and smooth. The drawn thread lace work un-crinkled to reveal its intricate beauty. 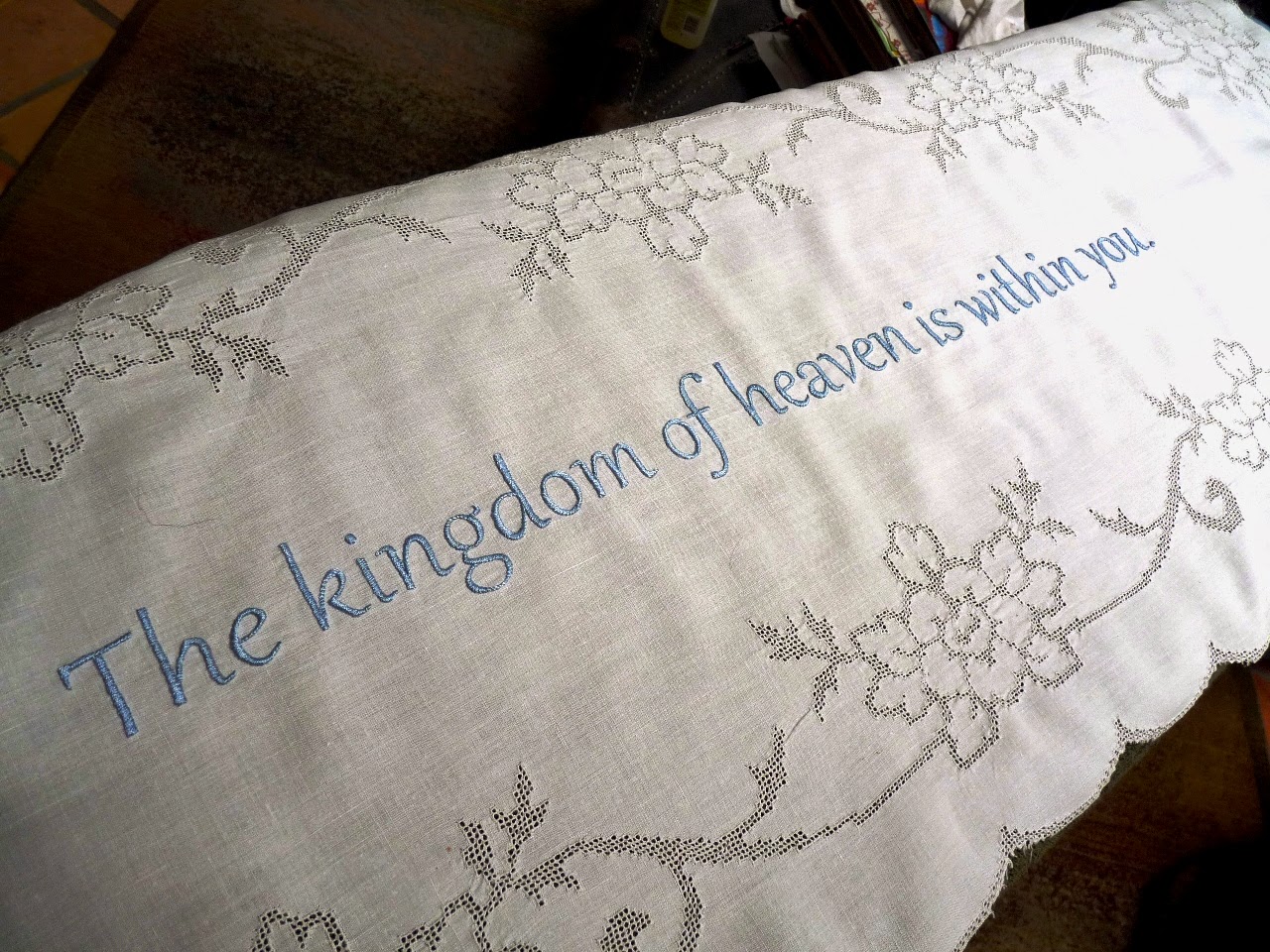 The iron felt like it was skating or dancing on the surface of the cloth. I said metta over it, imbuing a blessing for Chris. For a moment, I felt like there was no separation between me and the cloth, we were as one in a shimmer of molecules. Pretty groovy, huh! 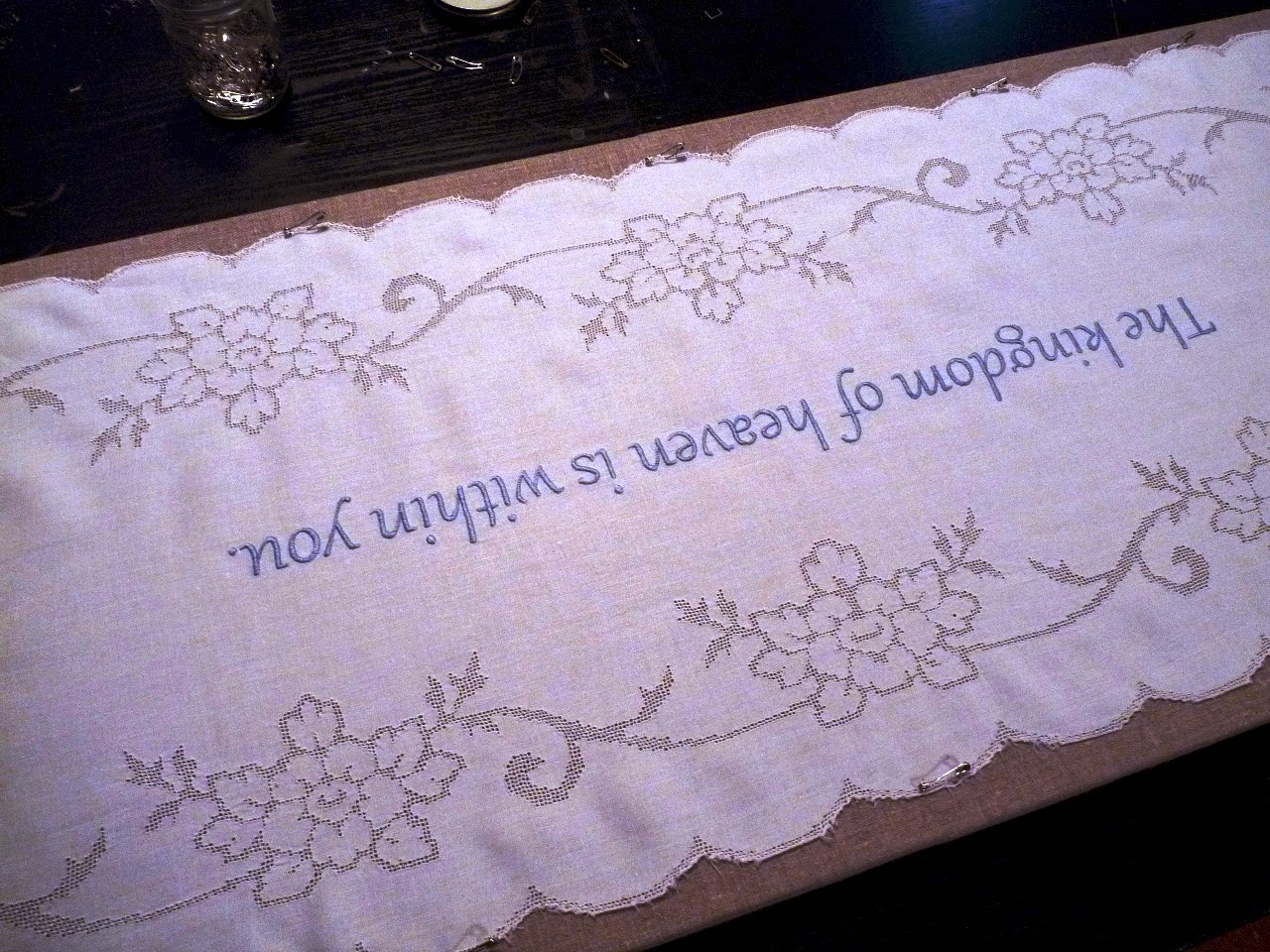 I did eventually return to Planet Earth. After my experience creating the ultimate smooth cloth, I couldn't bear to mount the piece on a folding stretcher as I had originally intended (I thought that it would be easier and safer to ship it folded.) An unsightly vertical crease would inevitably form, and be impossible to remove. So, I will be shipping the piece flat. This afternoon I put the stretcher bars together and carefully attached the natural linen backing cloth, trying to keep it on grain as much as possible. I used curved quilter's safety pins to baste the embroidered cloth in place, and I will use a curved needle to slipstitch the edges to the backing.

I am very happy with how it has turned out.
embroidery