How Art May Come Into the World

A new piece has begun. Several months ago, Chris of Words In Edgewise was meditating, and the phrase, "The kingdom of heaven is within you" came to her, along with the idea that she might commission me to stitch it on cloth. I loved the idea, and was honoured to accept, but with trying to finish the Wheel of Life piece and packing and unpacking I have taken a long time to get going on it.

But now it is top priority. I auditioned several pieces of vintage linen and settled on the one you see above, a drawn thread table runner in a beautiful crisp off-white linen. As is my usual practice, I played with the line of text in various fonts in Word, ultimately choosing Gabriola, mostly because it was so elegant and flowing, but also because it was named for the island I live on. Chris was in on all these decisions - even though she said she trusted me, I like to think of a commission as a co-creation, and hope that ultimately the finished piece will be more meaningful to the owner because they know what went into it.

So here you see the text pinned into place on the cloth, ready for tracing. The cloth is 16" high and 50" long - quite long - but the floral drawn thread work brings the eye closer to the centre, and the scalloped edge softens the severe proportions. It almost looks like a cloud, or a thought bubble. 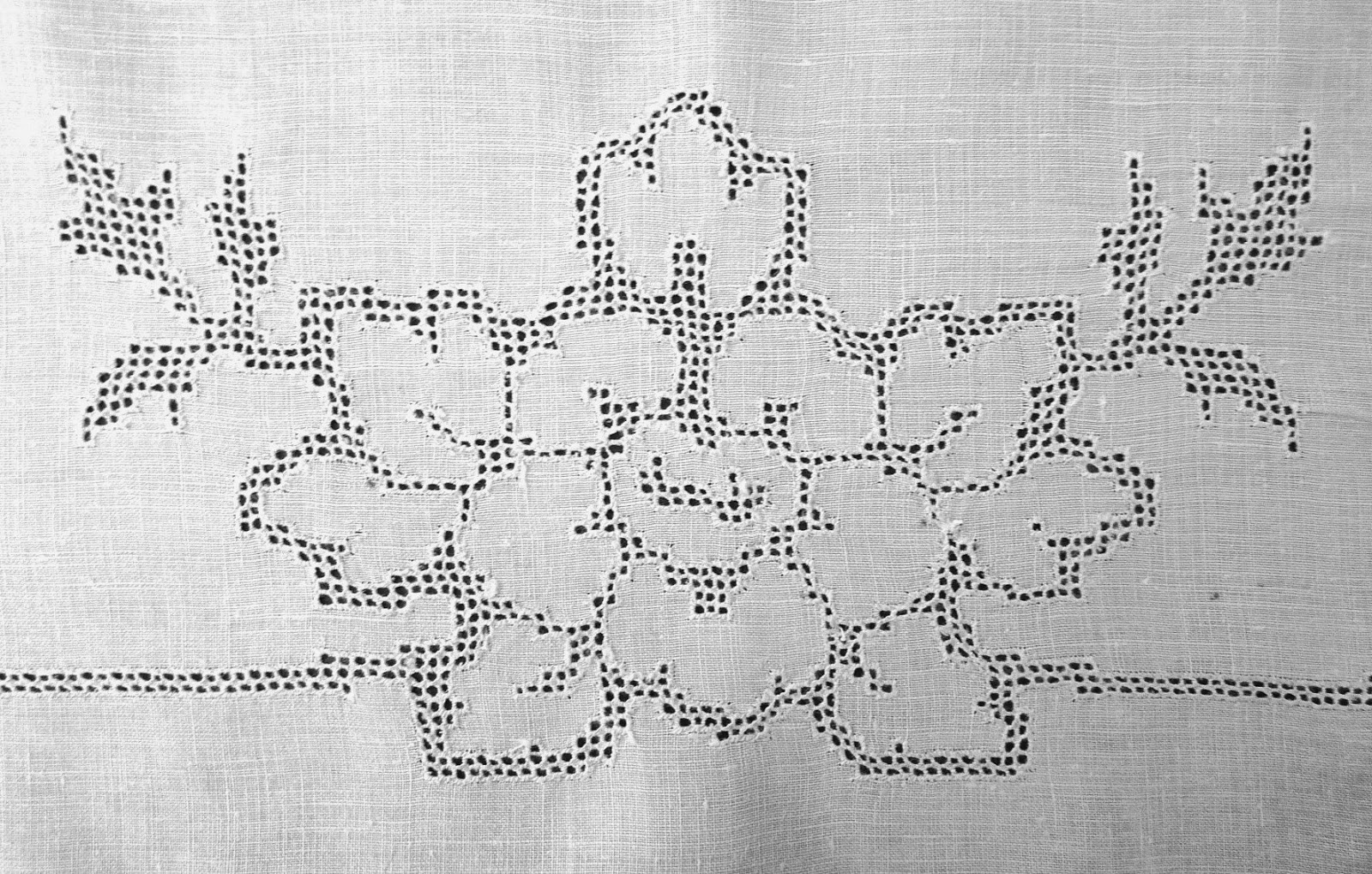 Now, to choose the colour of embroidery thread. I am tempted to work white-on-white, but even with the dimensionality of the stitching, fear it may be too subtle. I am sure it will be a light tint of some hue, though, a darker shade would be too slogan-ish. I will get out my tote of floss and thread, and look forward to spending some time out on the deck choosing just the right one.
embroidery friends Vintage cloth