Notes on The Tour

on July 28, 2014
Hello, hello. Welcome to the Summer Breeze Art Tour. Never mind the dogs barking, just come on in. 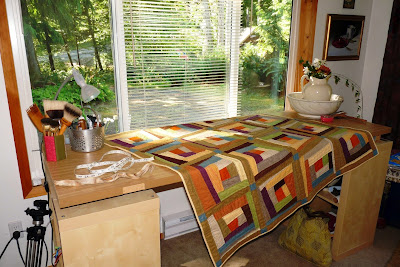 We have set it up as sort of a mini-retrospective. The main thing that ties everything together is that I like to work with old cloth. This quilt is made out of linen shirts and pants I found at the Lasqueti Free Store. 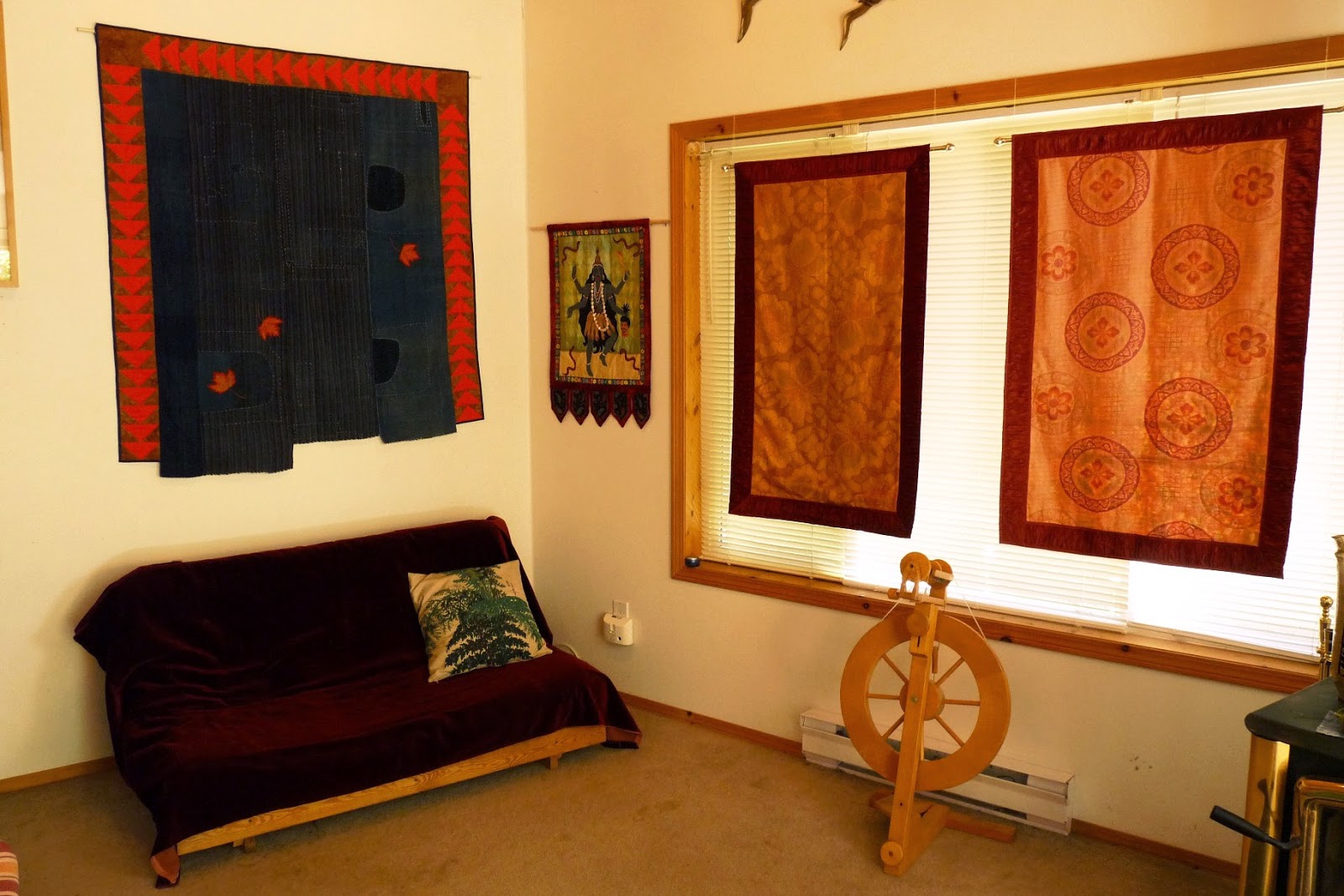 And these pieces are all made with antique Japanese fabric that layered and worked into, sort of a Canadian-Japanese co-creation. 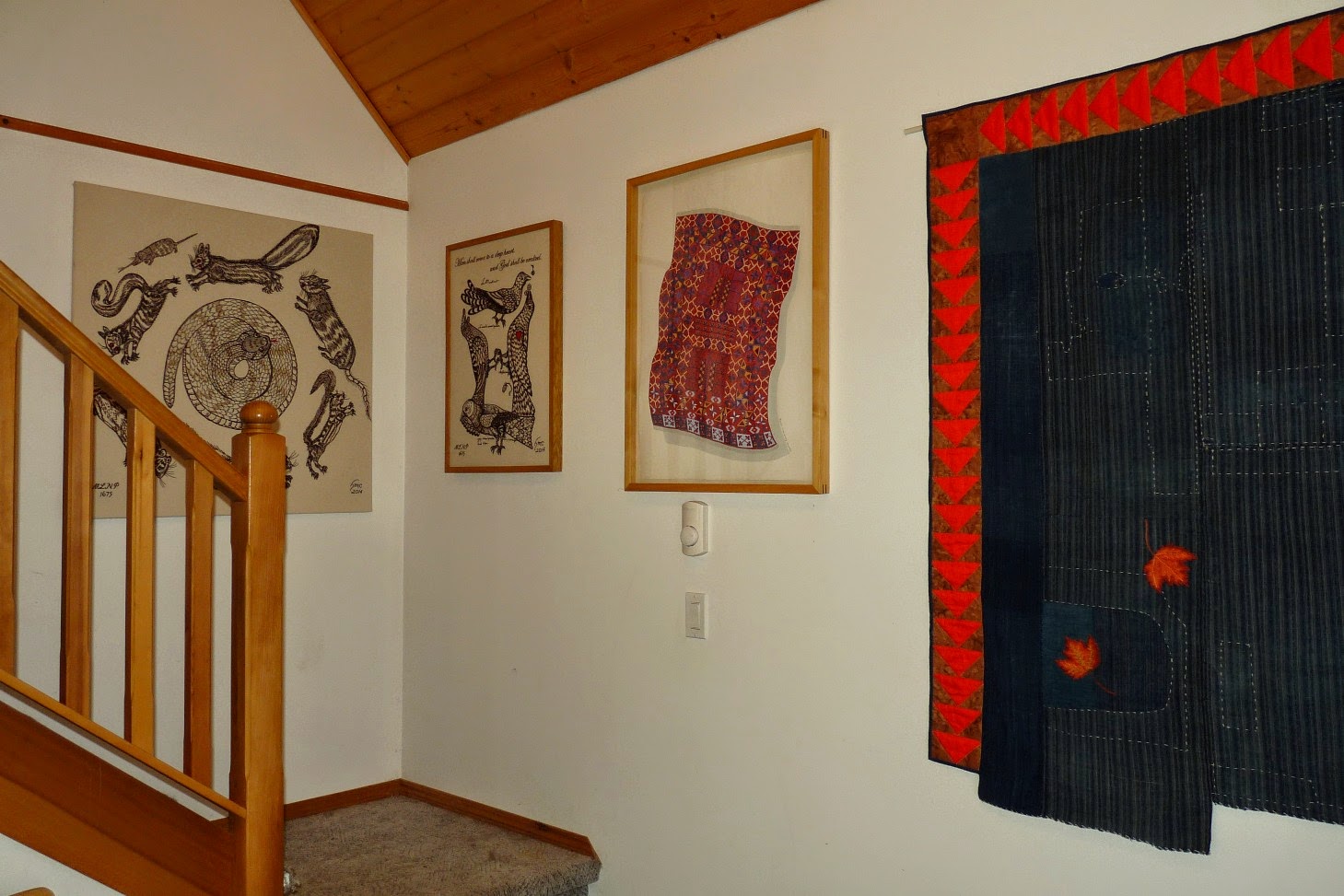 The painting of a flying Afghani carpet is one of a series I did during the second Gulf War. 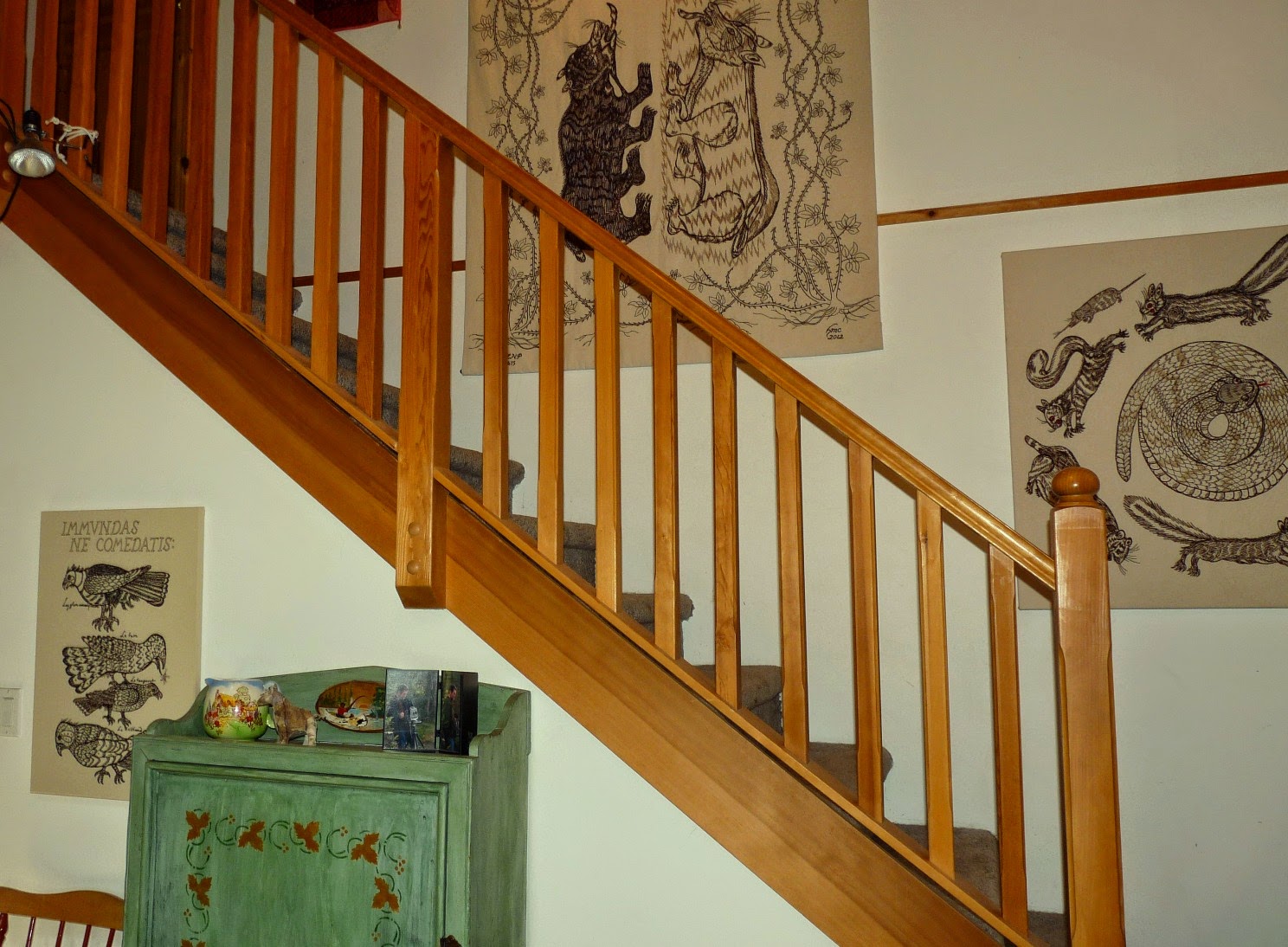 If you stand the middle of the living room, you can see the pieces from the Codex Canadensis that I have been working on for the past two and a half years. Yes, I seem to have developed a certain amount of patience. 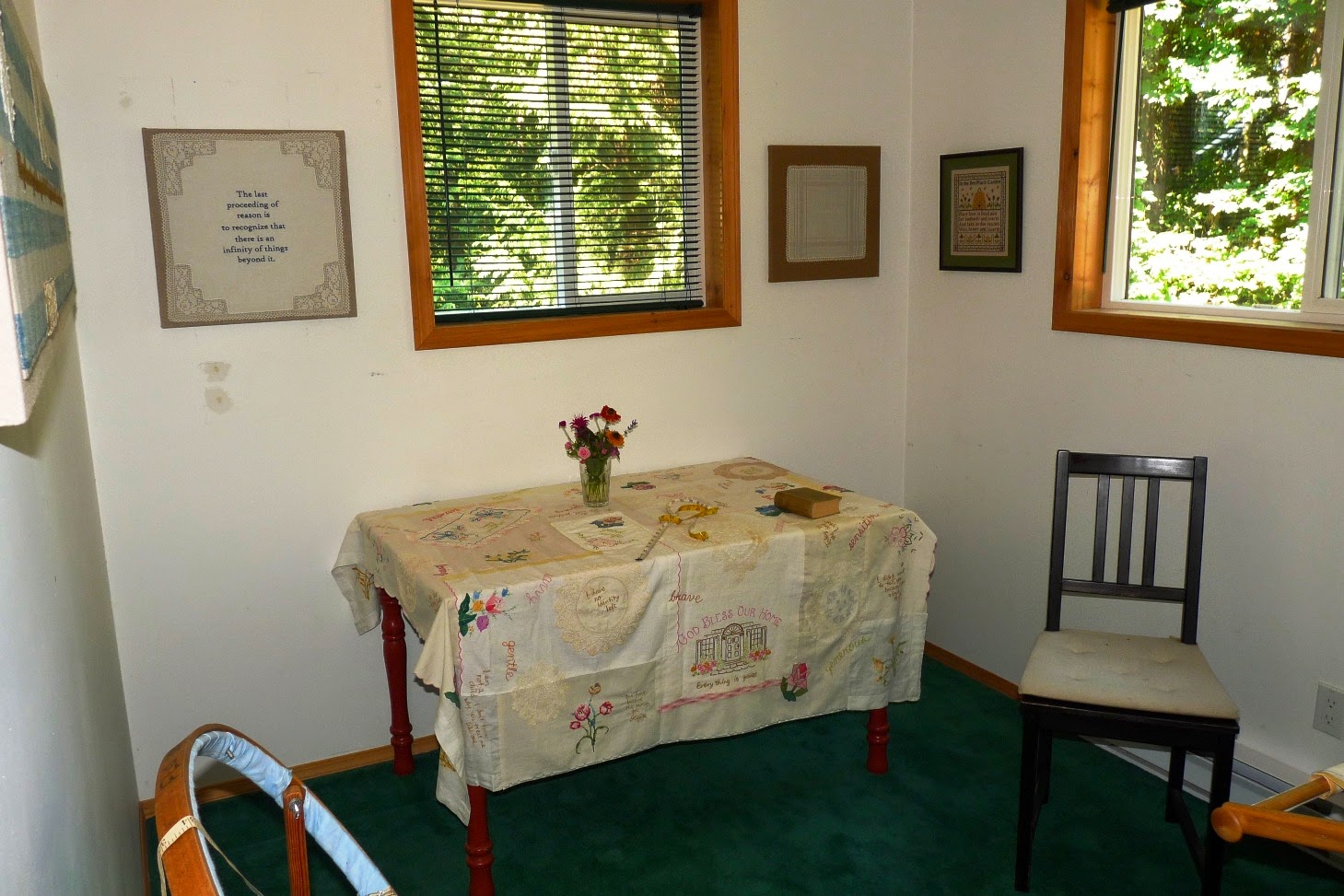 Over here is the Sampler Room. I have worked with the idea of the traditional sampler for a long time. 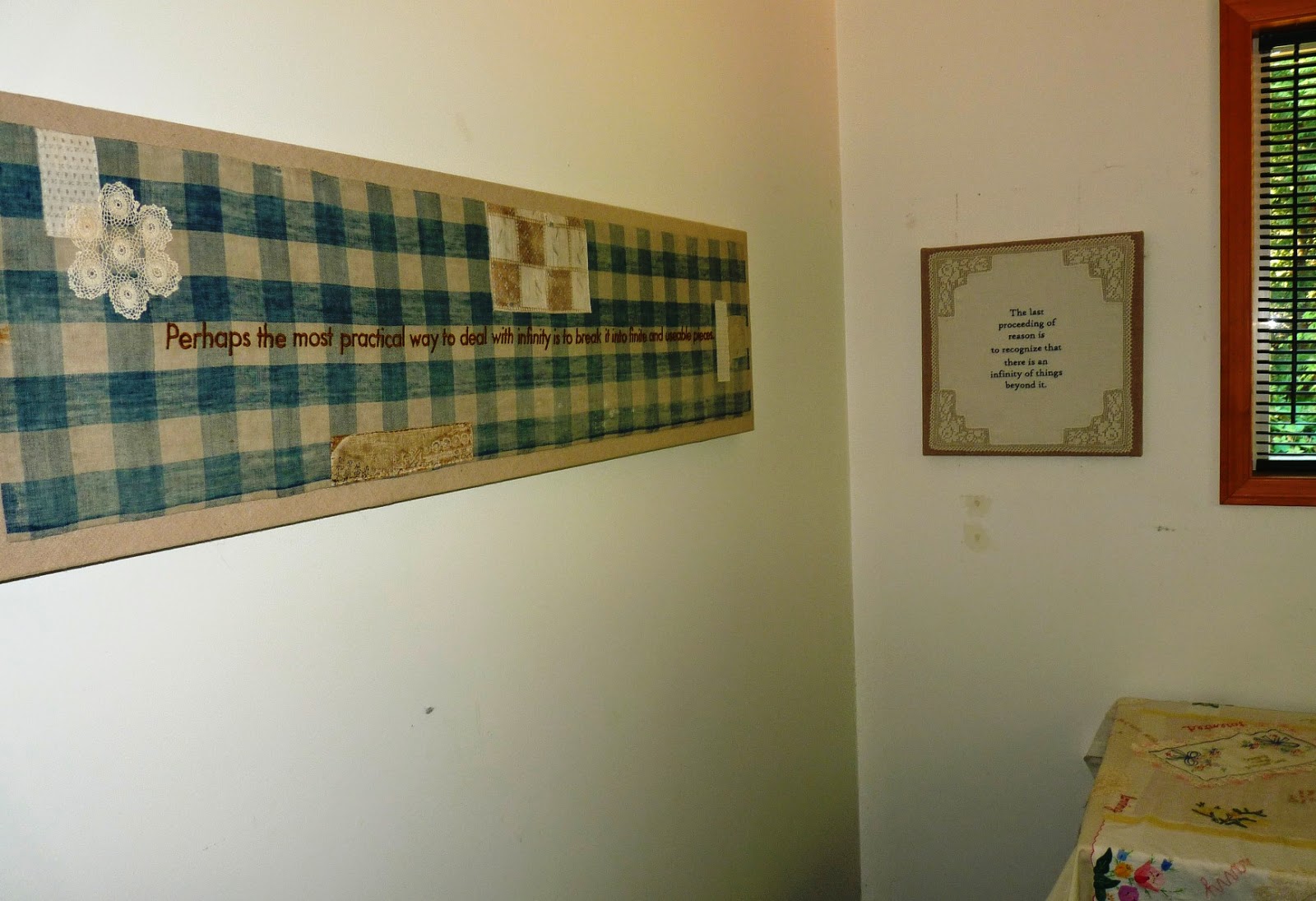 These pieces are part of a series I began after a serious bike accident, when I was thinking a lot about fate and infinity, you know, those larger-than-life kind of issues. 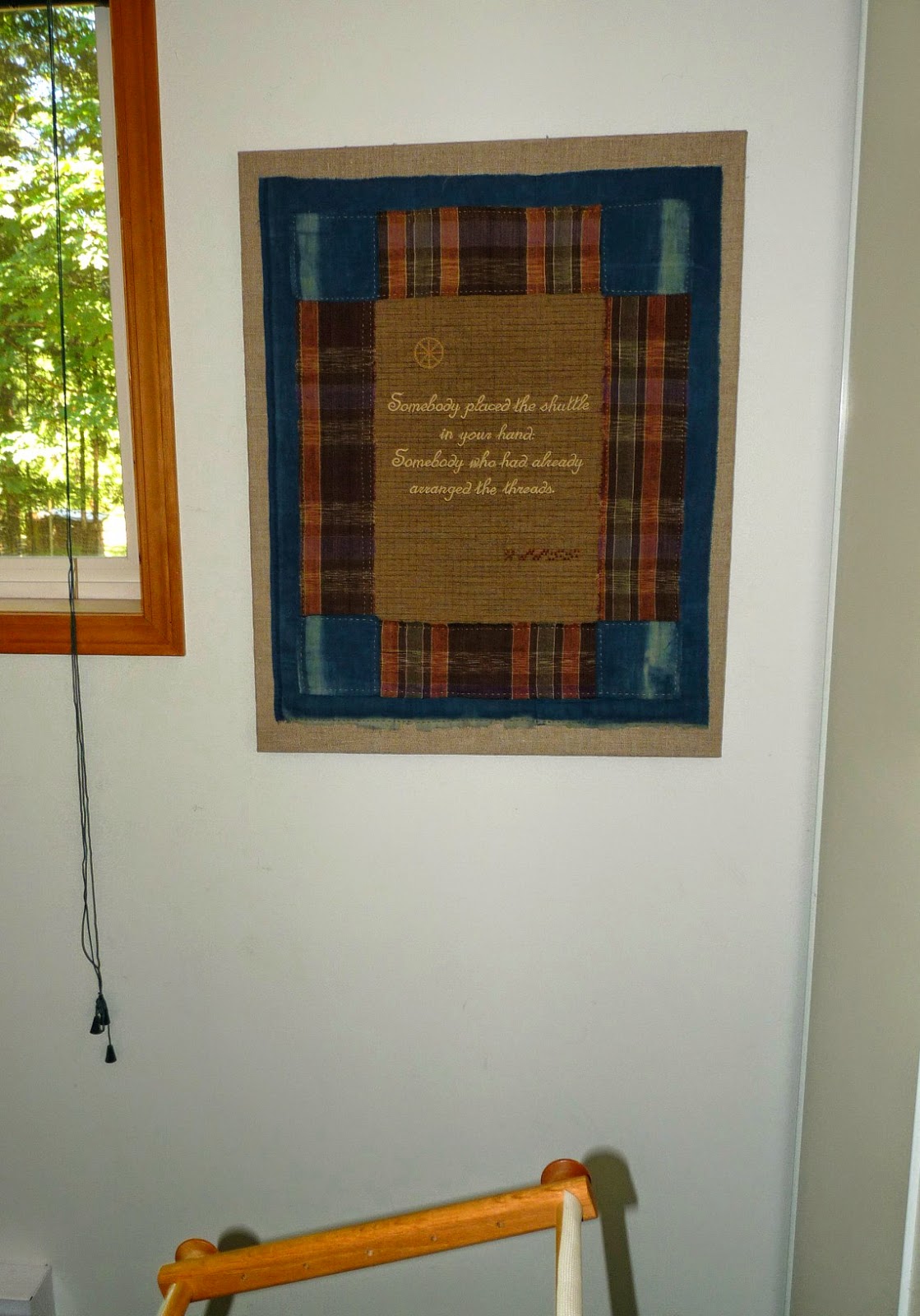 And I made this tablecloth after ending a particularly bad relationship. A lot of people seem to be able to relate. 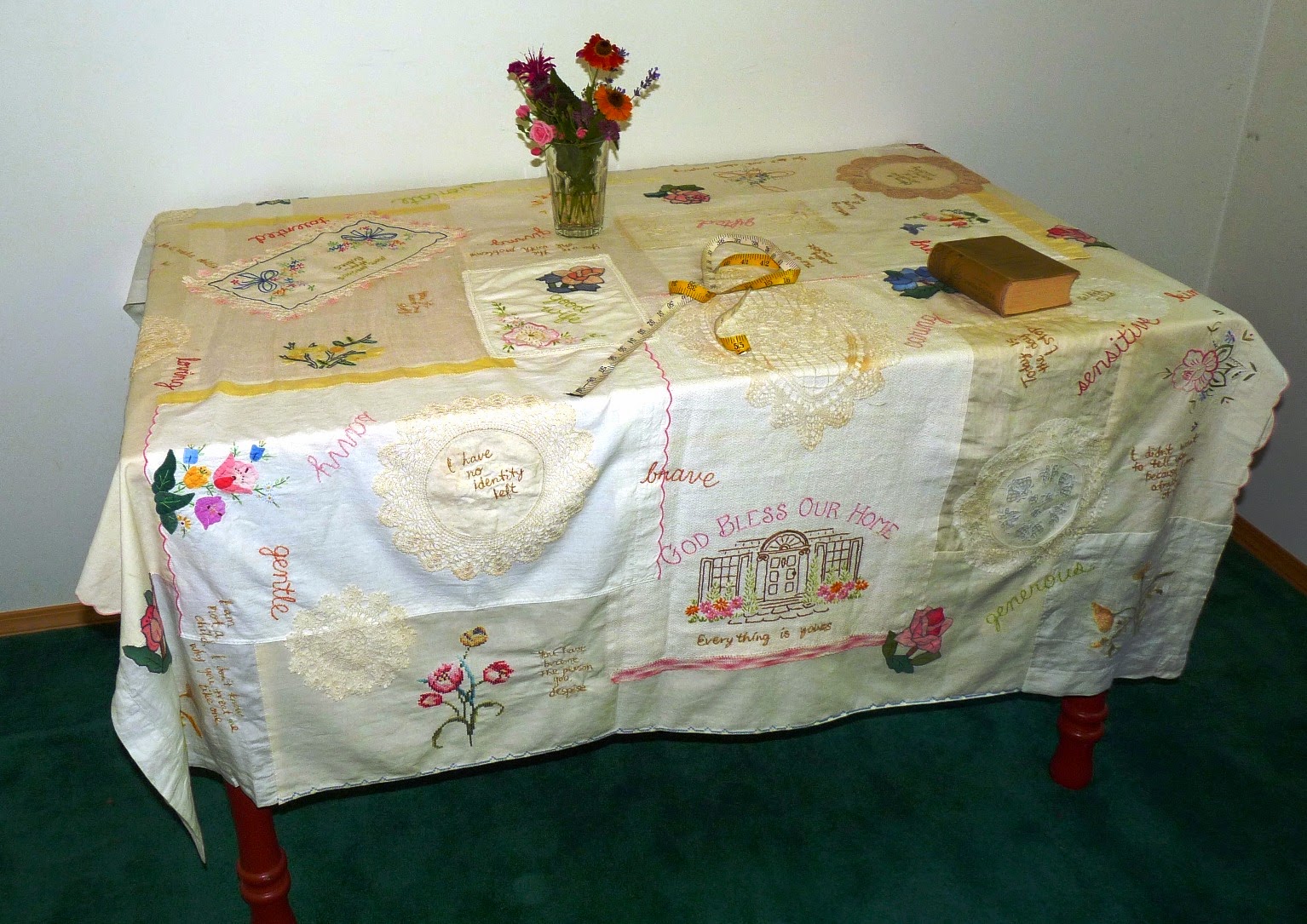 And James's work is upstairs...

Thanks so much for coming by.
Was it worth it? Well, I met some lovely people and because it wasn't busy was able to have some really nice conversations. We weren't expecting to sell anything, and in fact seriously considered bailing on the whole thing, since the event seemed to be minimally advertised and we were the only studio in our neighbourhood. Trying to pull this off while in the midst of moving was completely insane.

But it was kind of satisfying to see our work up on the walls and the house clean for once!
The Thanksgiving Tour will be much better.
island life textile events