The Circle of Giving 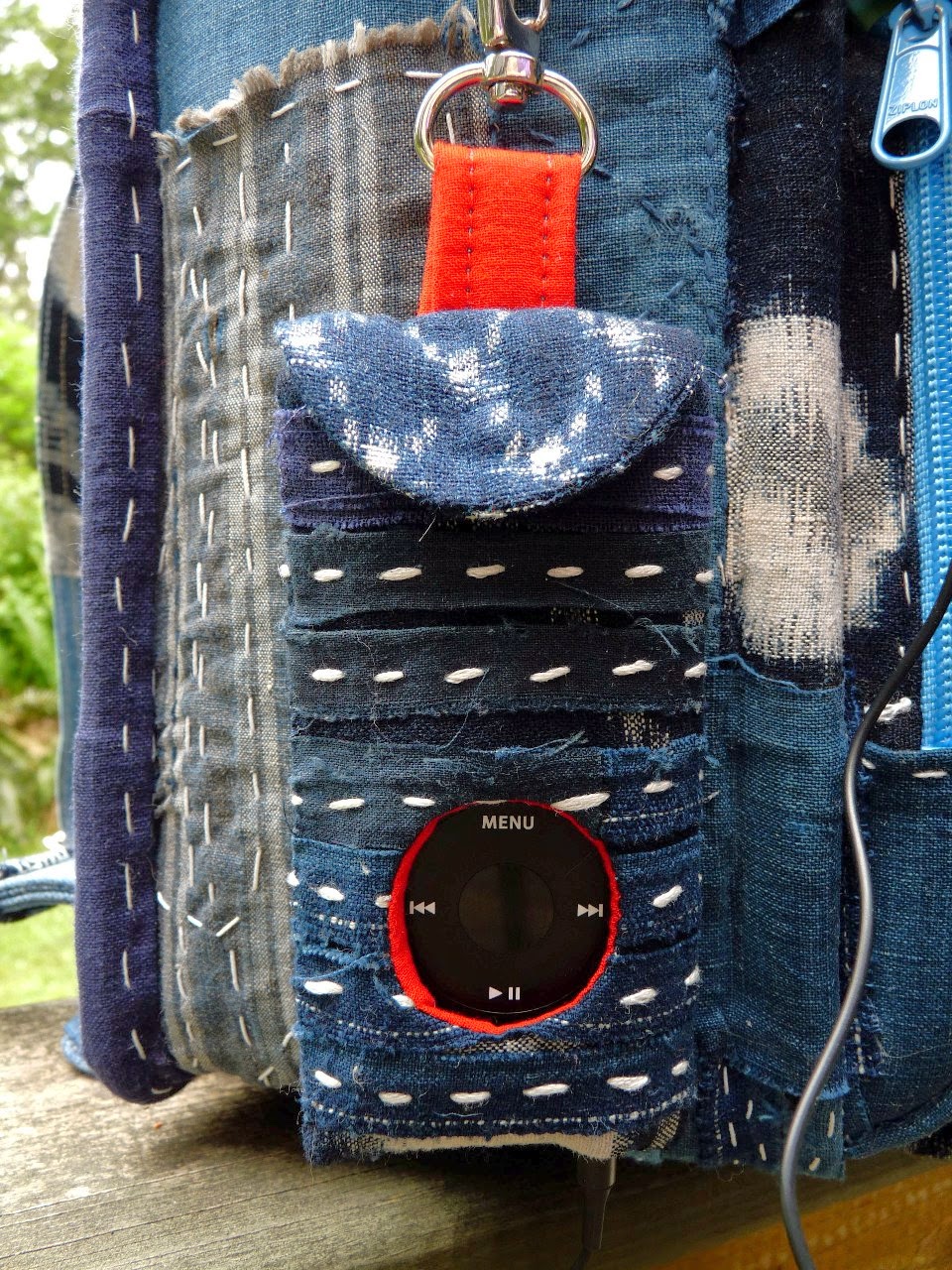 Thanks to the bountiful community in which I live, an Ipod has been manifested! James put a notice that I was looking for one on the Gabriola Facebook page. We didn't hear anything until Kathy, proprietor of Artworks and all-round amazing person, had bumped the post to the top of the page with a supportive comment, and right away we got a call. A newcomer to the island had been unpacking and found an Ipod she wasn't using, and she very generously donated it to the project. Woo hoo! Thank you Pam!

And, as it happens, I found a CD on my shelf that I had picked up at the Free Store on Lasqueti and never listened to - the "Relaxing Natural Sounds of Okinawa". It had the perfect track of ocean waves and bird chirps. I can easily upload it to the Ipod, adding a layer of sound to the many stitched layers of cloth. Thank you to the anonymous person who gave the CD to the Free Store! 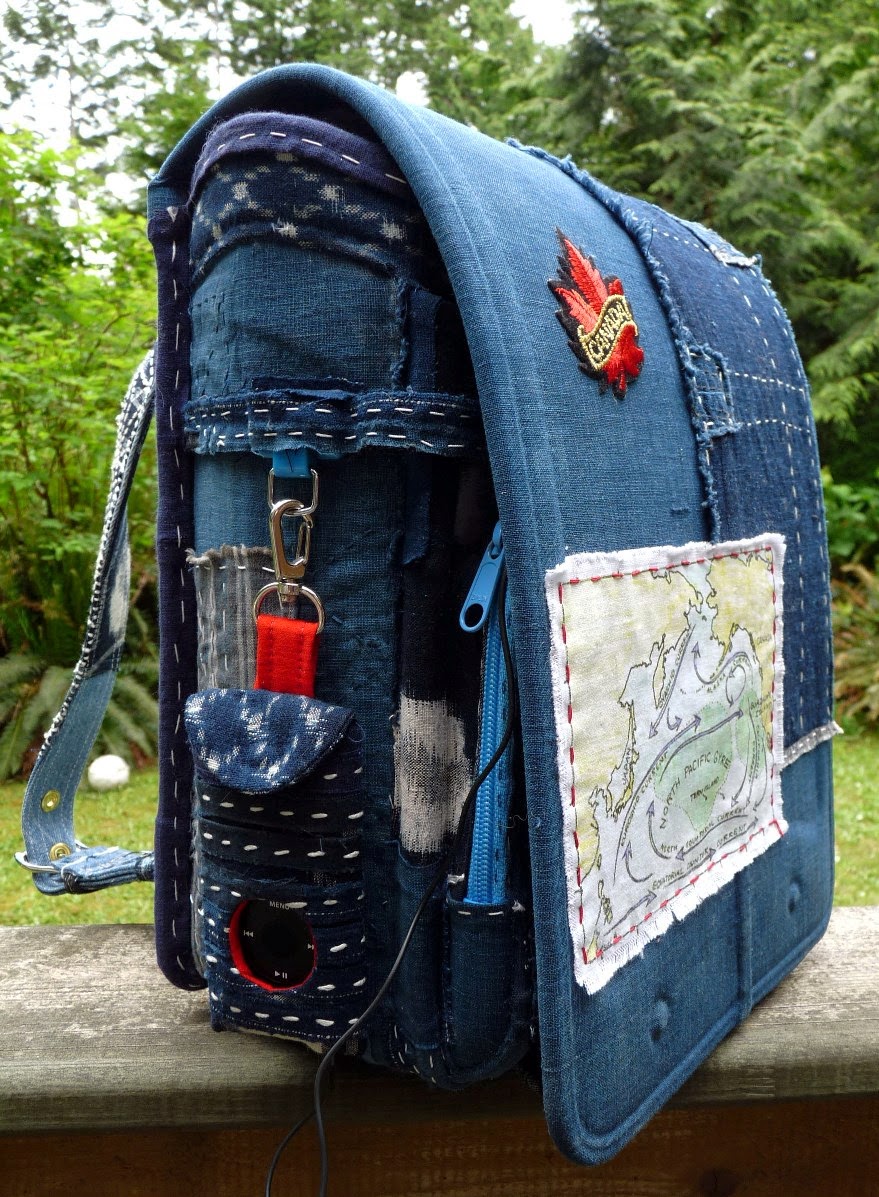 This is my second attempt at an Ipod cozy. The first one wasn't organic enough for my liking. Also, you can see that I added a Canadian maple leaf badge to the front of the pack. Canadians once had a reputation for being polite guests in foreign countries, with our maple leaf patches on our backpacks signalling our good manners. Those days are gone now - I guess it became known that our manners are no better than anyone else's. 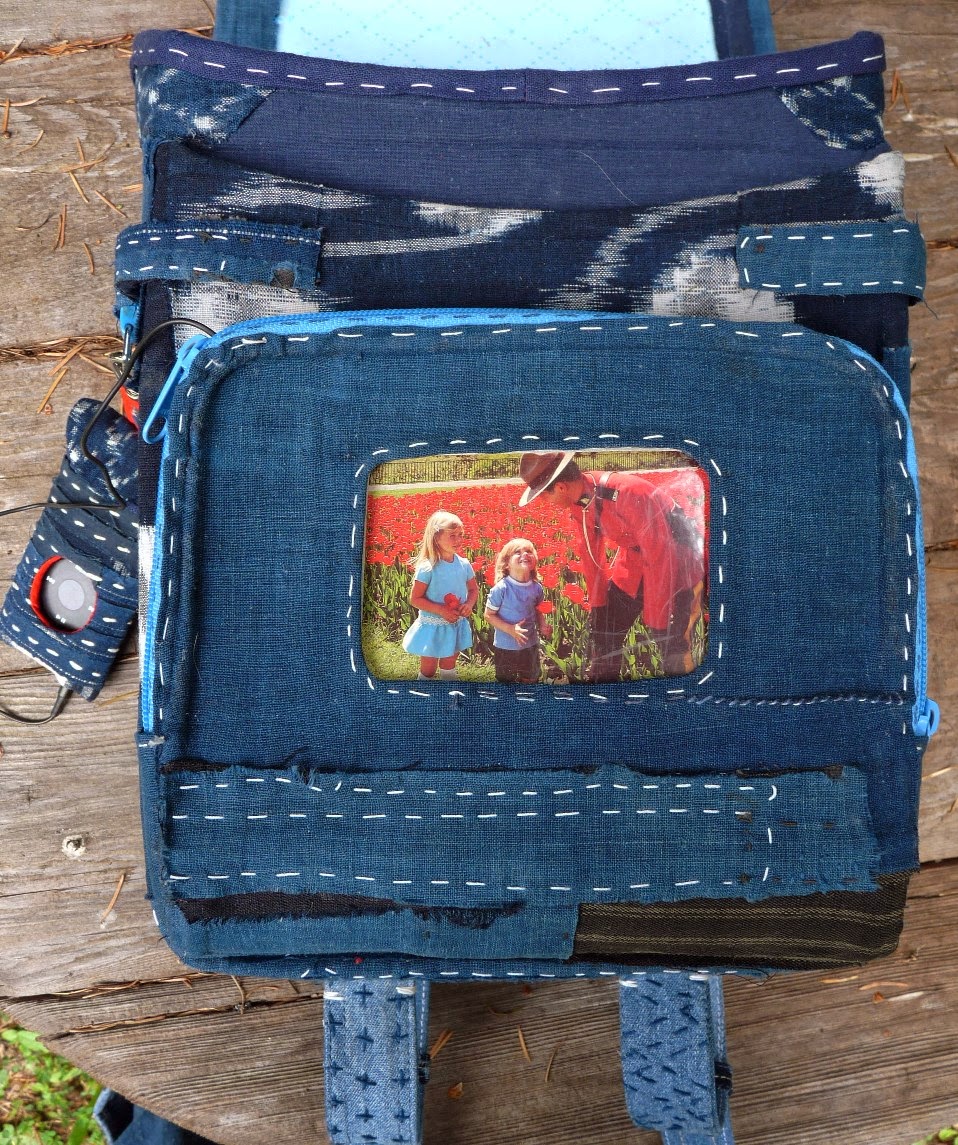 I did put a kitschy nationalistic postcard in the window pocket of another one of our country's symbols, a Mountie, speaking with two blond children beside a field of tulips that grows in front of the Parliament building in Ottawa. Story has it that the tulip bulbs were a thank you gift from Holland for sheltering the Dutch royal family during World War II. It's another connection in a whole backpack of connections. This piece is really about the great circle of giving. 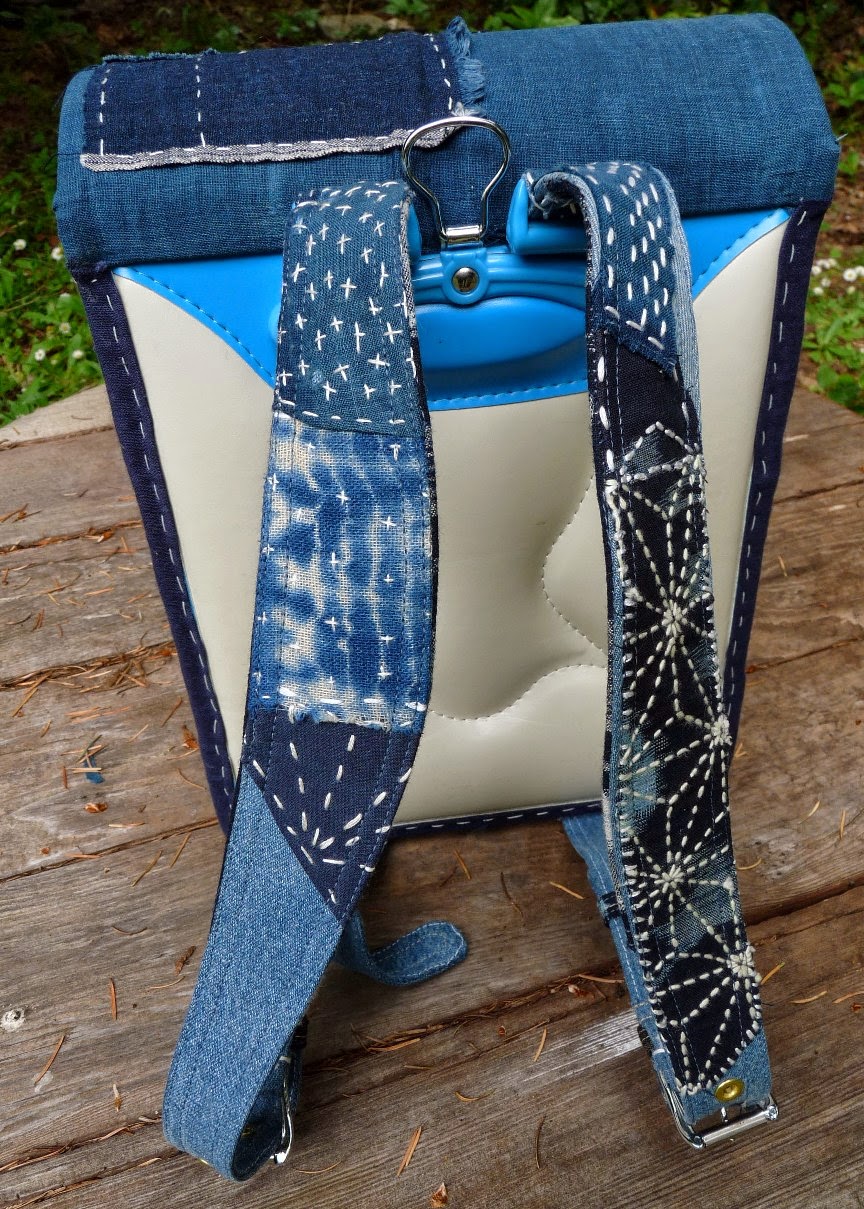 The sashiko scrap on the right hand strap is a recent gift from the elegant Mrs. Mandu, sent via Jean-Pierre. (They both live in Suzuka, Japan.) Mrs. Mandu has an antique shop and museum, and I am very fortunate to be the occasional recipient of some of her treasures. Jean-Pierre wrote this comment, which I will include in my artist statement for the show.


"Many of the pieces of fabric used in this project were received over many years through a process of gift-giving with Japanese friends.  The giving of gifts, even small gifts, in Japan is an endless activity.  One gives a gift and then receives a gift in return and then one sends another gift in return of the return gift and then receives another gift and so-on and so-on...  The chain of gifts is a manifestation of the relationship of the people involved and can last a life-time.  In this piece, it seems that the scraps of fabric have found another incarnation.  Heather's  friends in Japan will be very happy to see it and I believe that the pleasure it brings them is a fine return-gift."

The little quilt you saw in previous posts is tucked inside. Just a few more finishing touches and the whole piece will be ready to send to the museum.
gift gratitude island life japan Japanese cloth