"Field Trip" Backpack in the Making 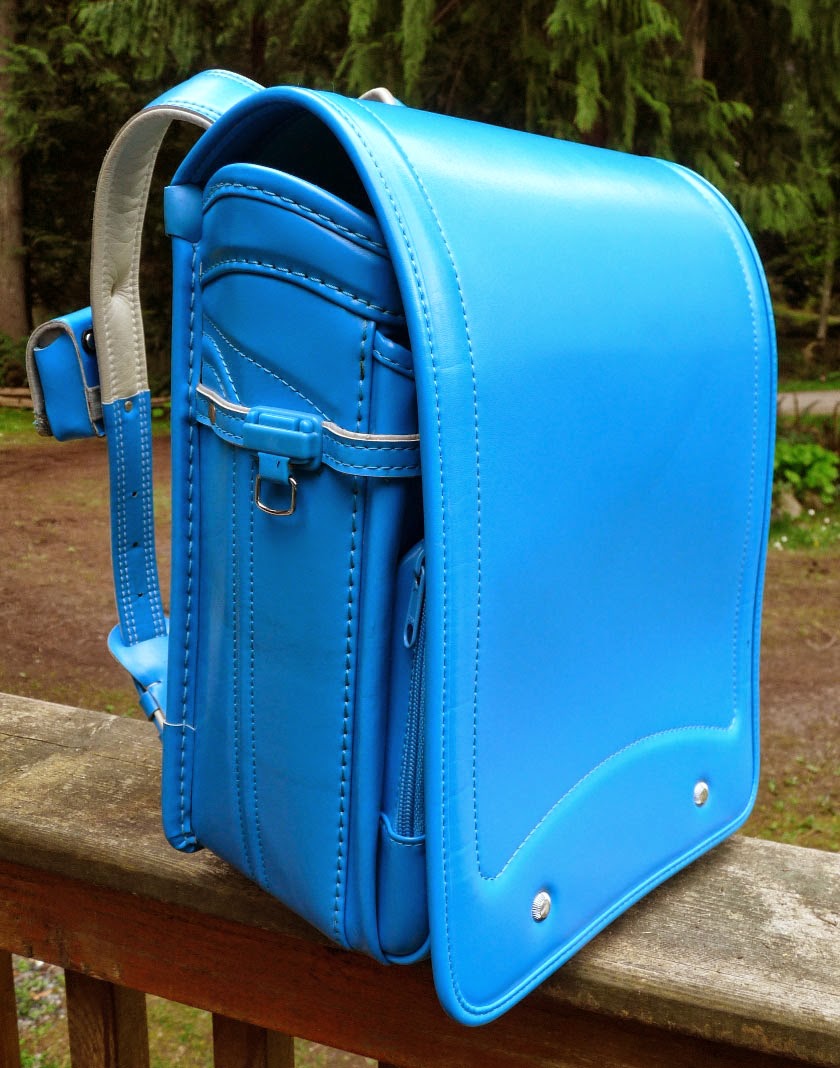 This backpack once held emergency supplies for a child affected by the tsunami that hit Fukashima in 2011. I am altering it for the upcoming "Field Trip" exhibit at the Maritime Museum in Victoria. 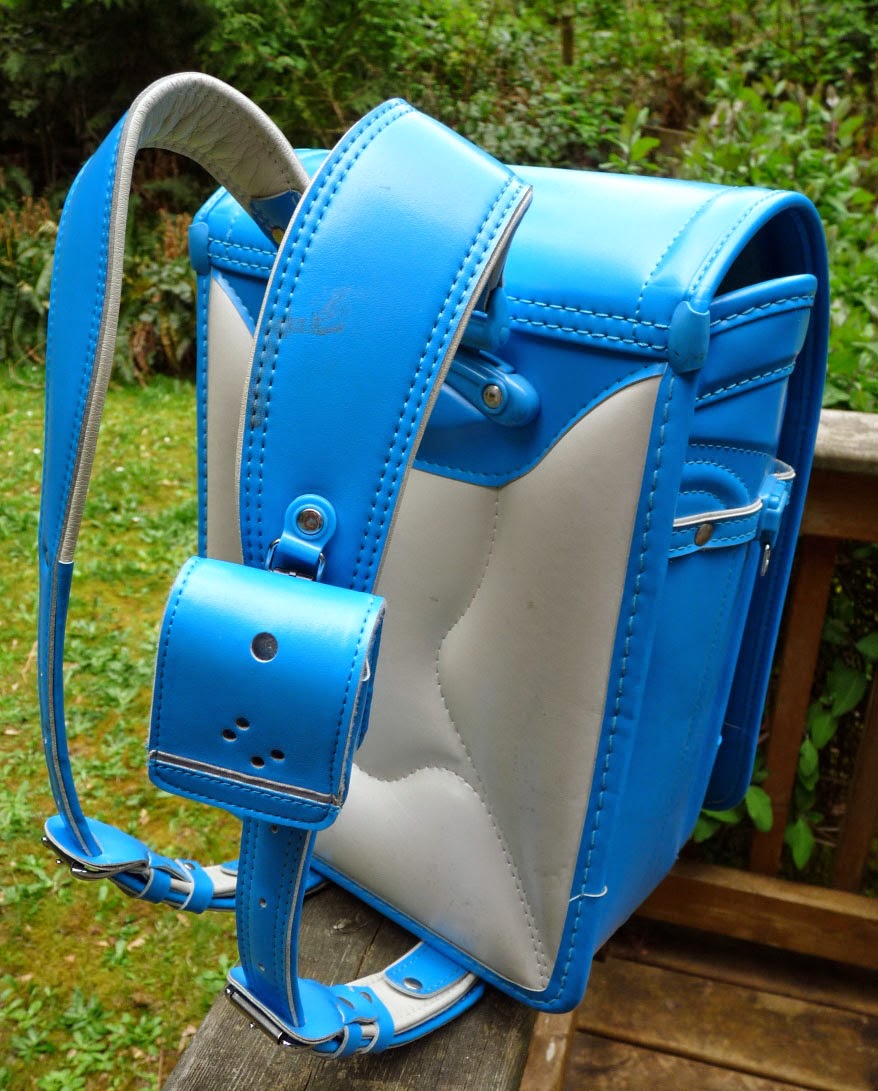 It is a bright peacock blue vinyl and an absolute marvel of buckles, clips, pockets, zippers and even a matching Ipod Nano case. 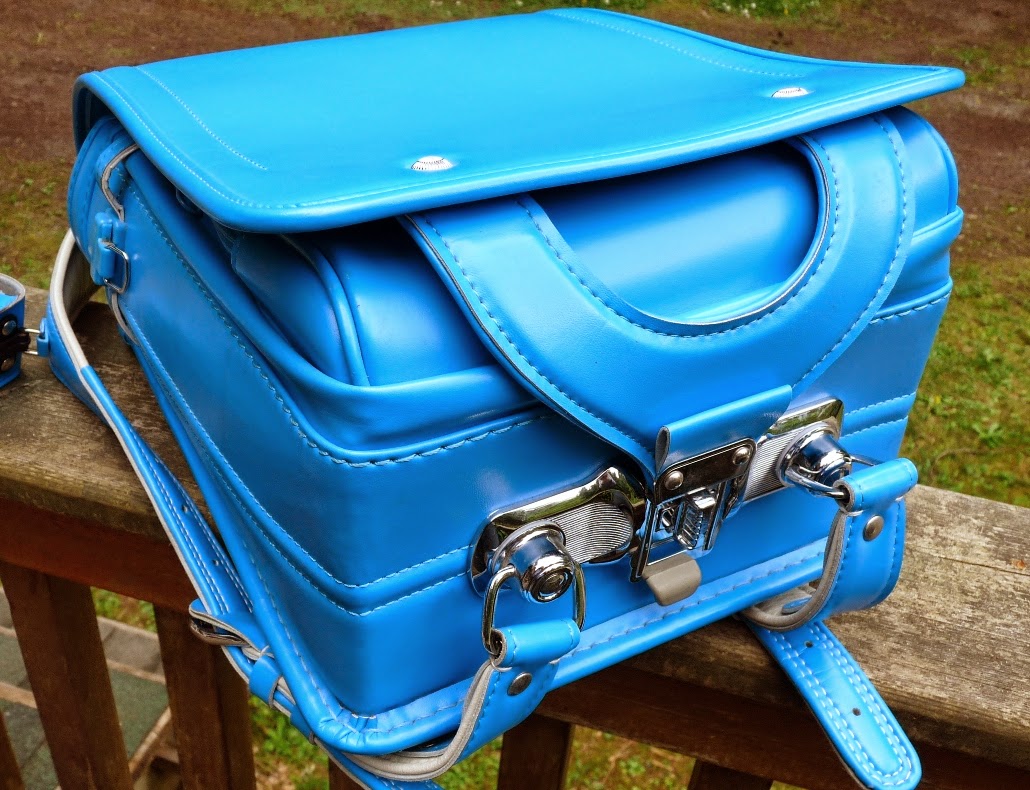 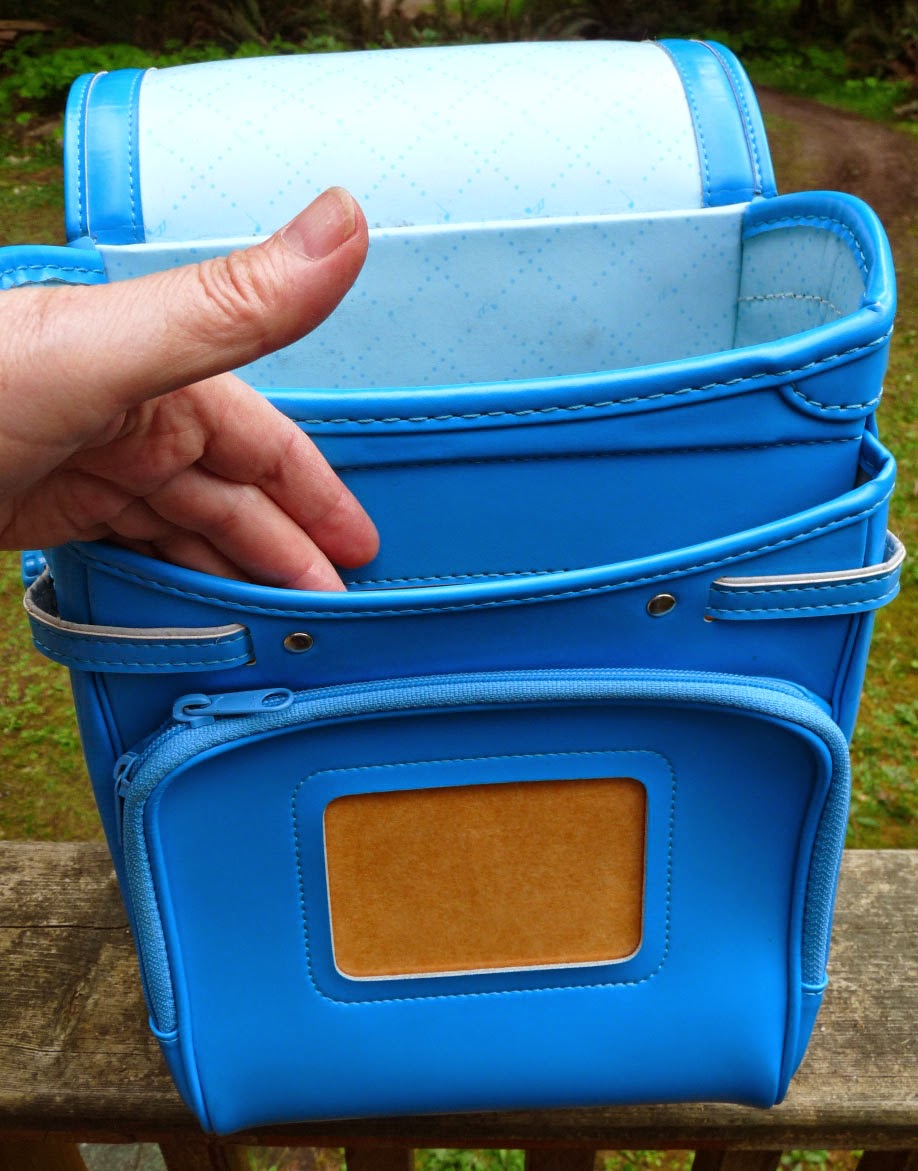 My proposal said I would cover the backpack with boro cloth. Attaching fabric to plastic is not so easy. 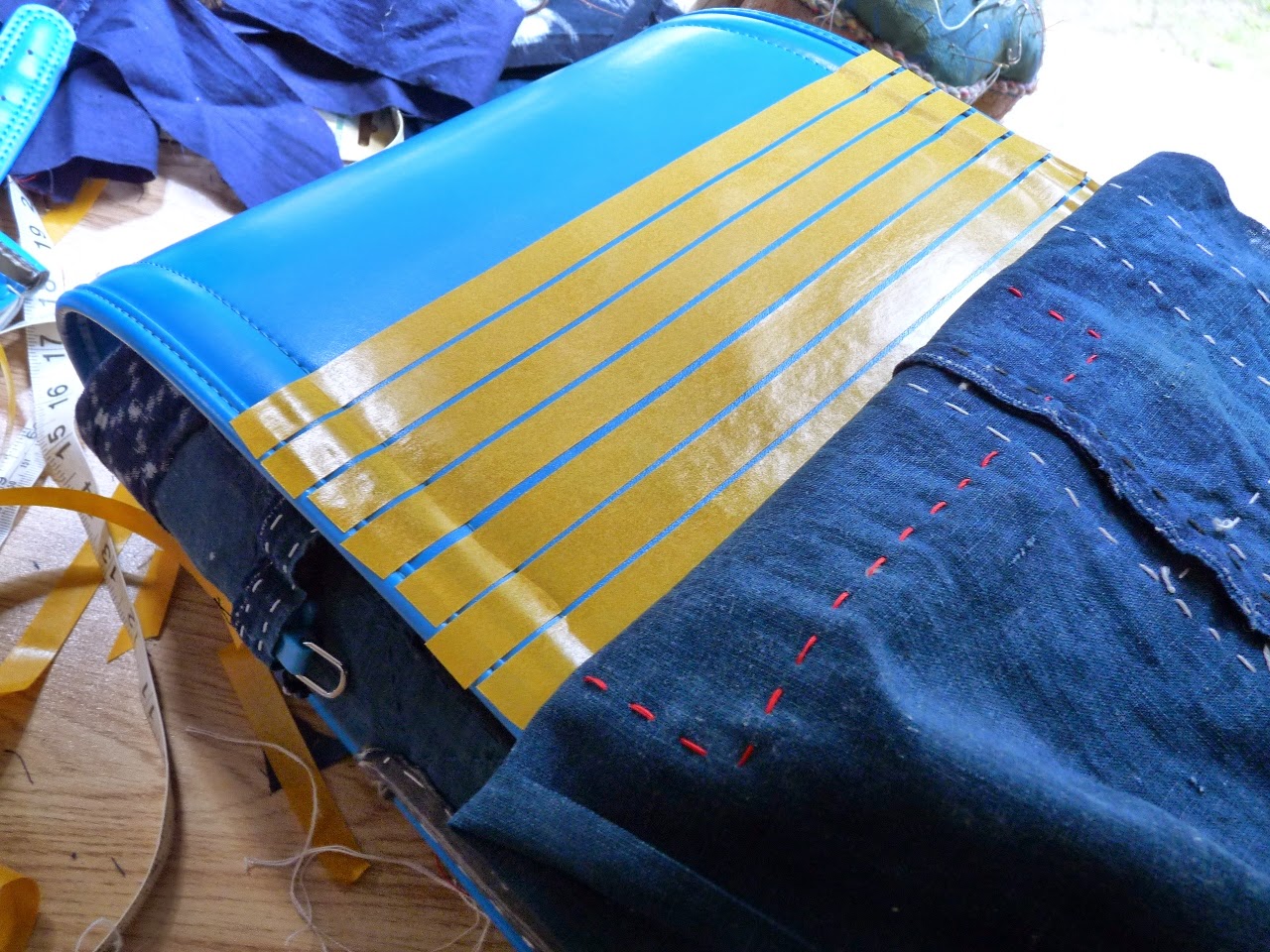 But a roll of double-sided Nitto tape, used by picture framers, seemed to do the trick, combined with a judicious amount of Aleene's Tacky Glue in areas of fabric-on-fabric. 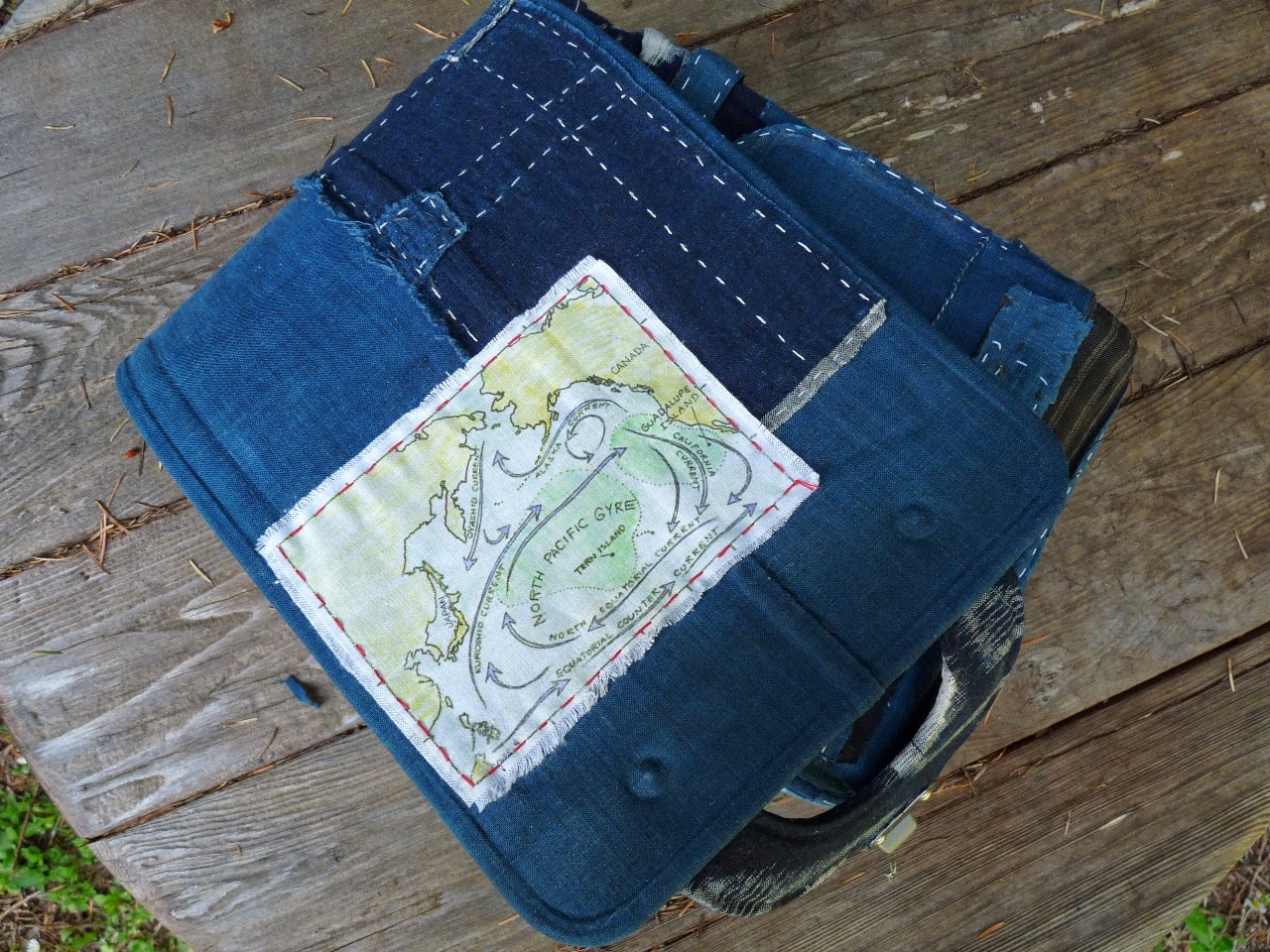 I cut off the plastic straps and will replace them with cloth straps and adjustable snap closures. Apparently the backpacks will be worn by children as part of the interactive exhibit, and I think little hands would find the buckles too cumbersome to manage. 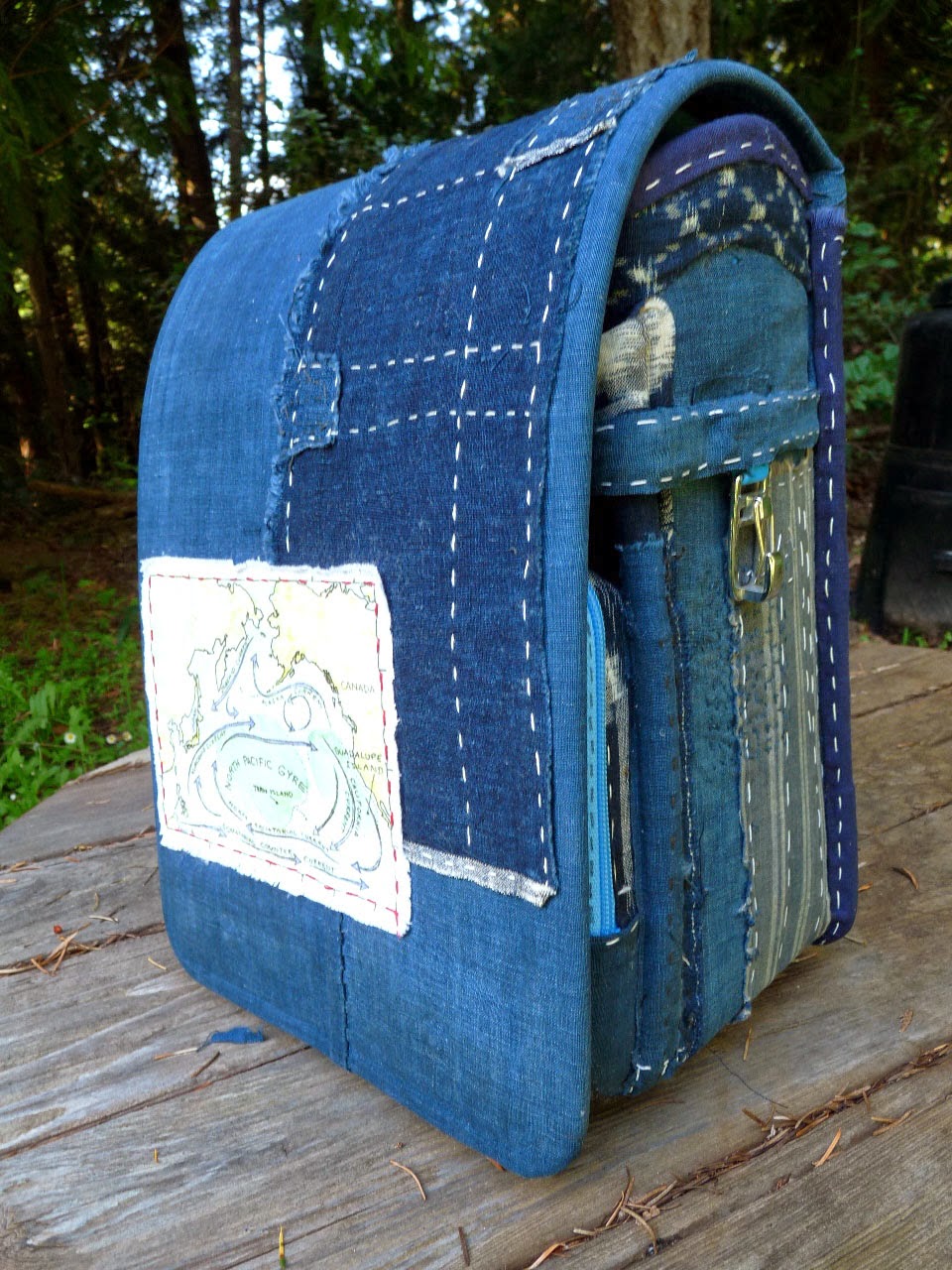 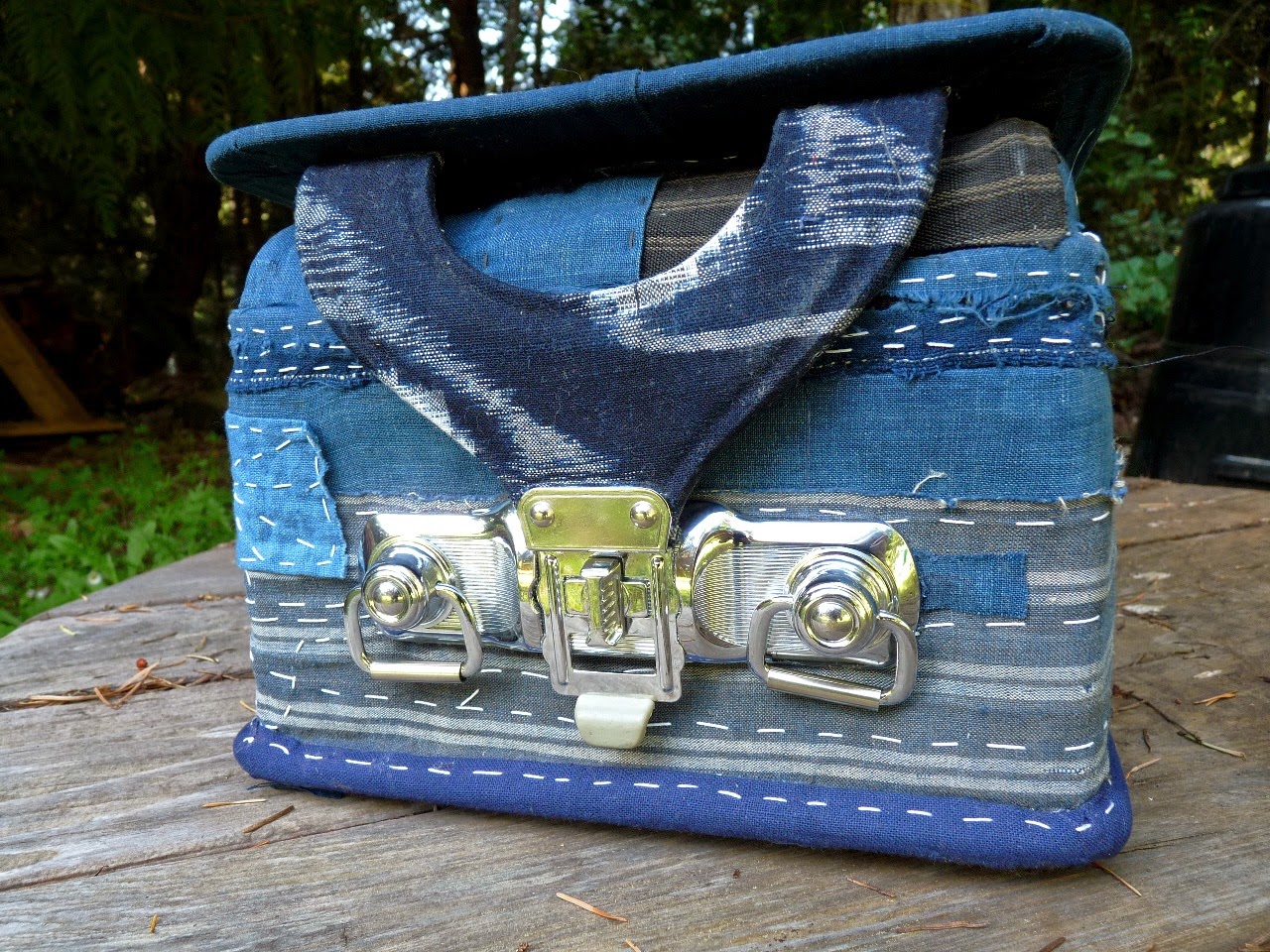 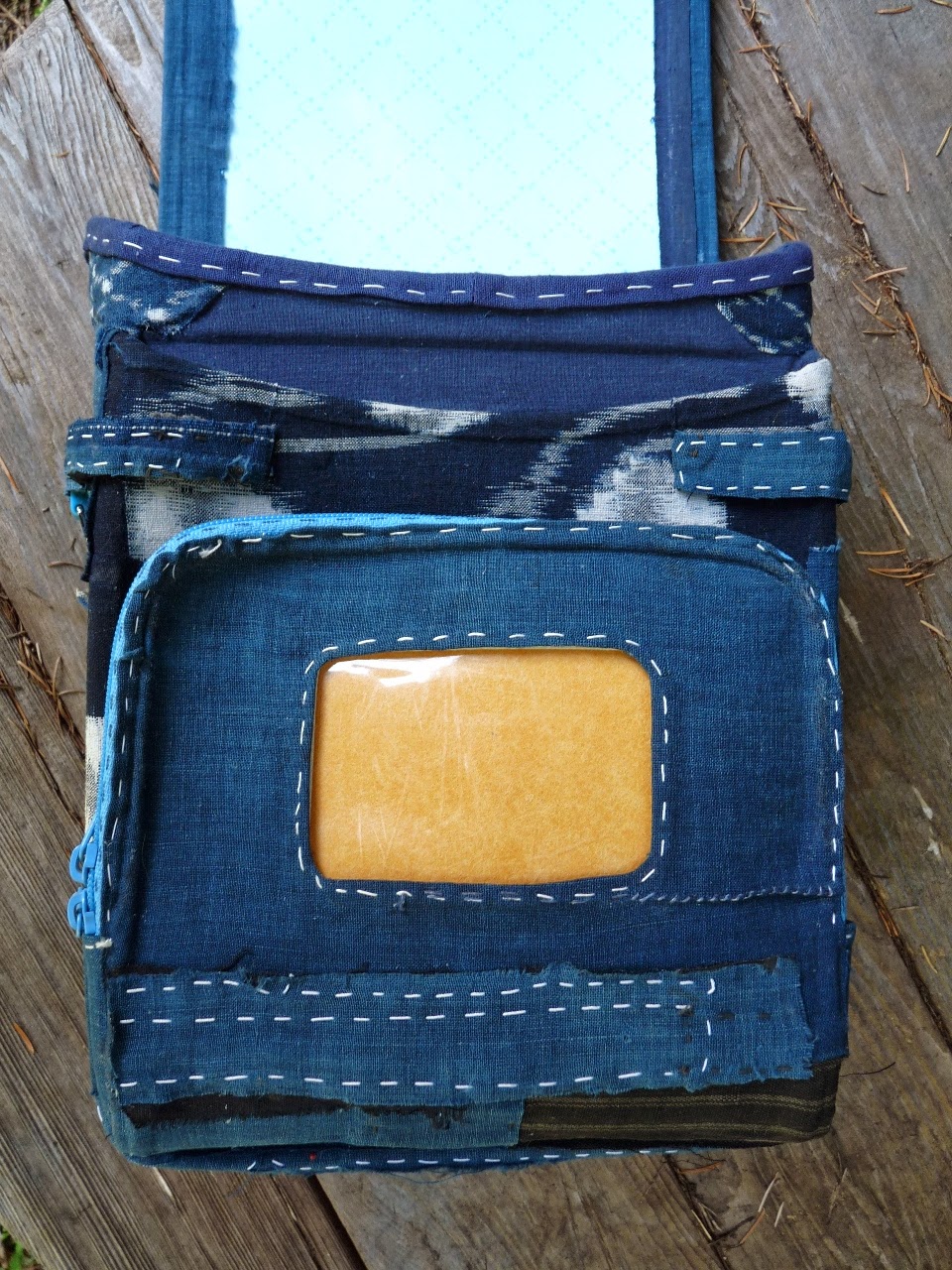 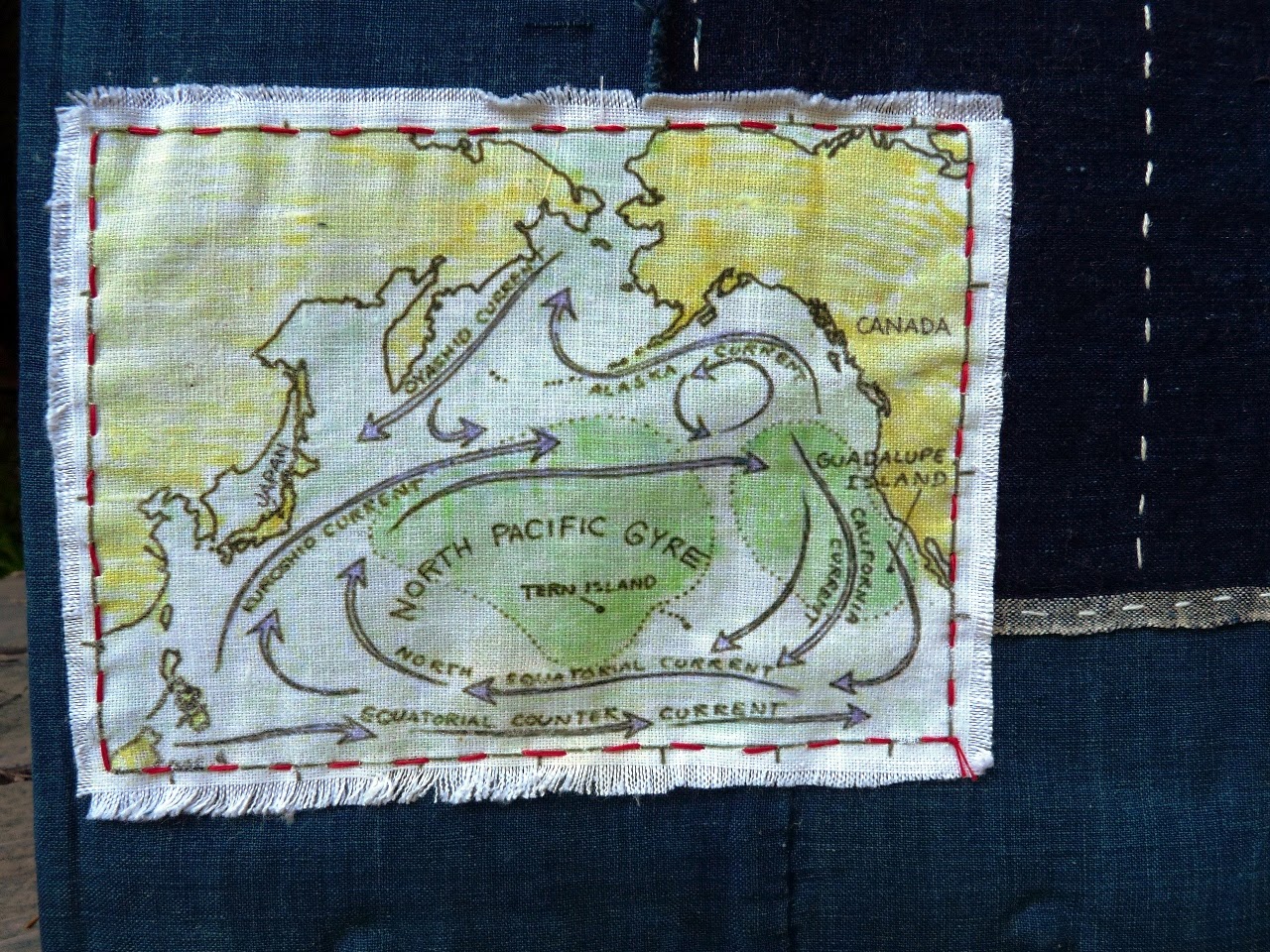 This patch shows the North Pacific Gyre, a phenomenon caused by ocean currents. You may have seen pictures of the appalling floating island of plastic that accumulates in the gyre. The gyre brought debris from the tsunami to the British Columbia coast, as well as radioactive particles from the Daiishi nuclear plant meltdown. The ocean, which seems so vast, actually connects Asia and North America.

Next steps (after making the new straps): Create a child-sized patchwork quilt from scraps of cloth that my friend in Japan has sent me over the years. Fold some origami symbols of protection and clip them on to the handy rings. Manifest an Ipod Nano from Craigslist or the thrift store and download the sound of ocean waves onto it. Have I forgotten anything?

***Check out Jean-Pierre's comments below - very interesting history of this type of backpack.