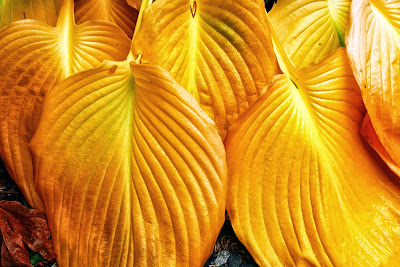 It is definitely autumn. My giant hosta is putting on quite a show of colour before it retreats into the earth. 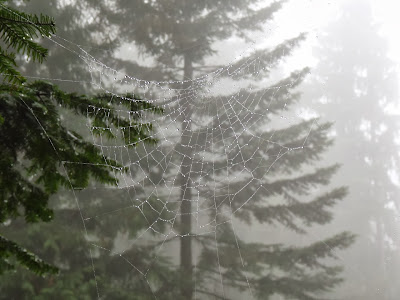 It has been very foggy here for the last several days. As a former yoga teacher of mine used to say, "At this time of year the veils between the spheres become very thin." 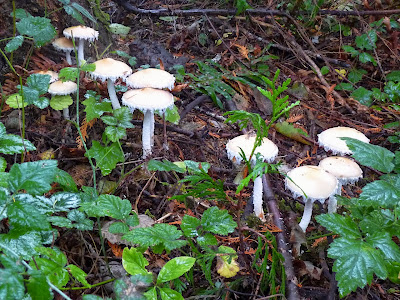 There are mushrooms everywhere - mostly giant boletus and something that looks like portobello. I hadn't seen this kind of shaggy toadstool before, but it popped up yesterday beside the driveway. 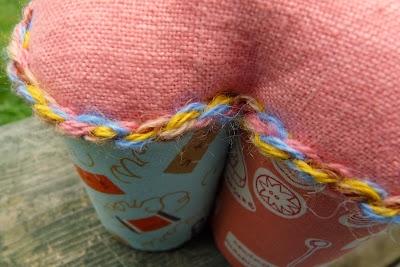 And yes, I replaced the cord on the pincushion with something that works a little better. Took out the dark blue and replaced it with a lighter hue. And I glued it on, instead of whipstitching.

Did anybody think it odd/perverse of me to feature such a quotidian  little project after my extended rant on the perception of textiles/craft by the fine arts folks? It only occurred to me last night when I was lying in bed: "How the hell I am going to make my case for the equal status of fibre as a fine art medium when the next thing I do is go all Martha Stewart and build a pincushion?"
To be clear, I don't consider this pincushion art. But I will use it to make art.
So there.
art vs. craft nature