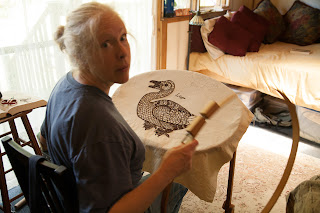 Oh, hello! I didn't hear you come in. Want to see what I'm working on? 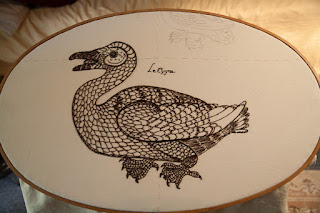 Another feathered friend has emerged. He is part of the fourth panel of Deuteronomy, sharing space with a duck and pelican. 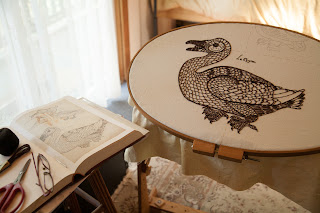 One significant factor in the difference between the pen and ink original, and my stitched "translation" is that thread is three dimensional. We don't usually think of it that way, but the slight height of the thread as it sits on the surface of the fabric indeed adds another dimensional plane to embroidery. Which means that it casts a shadow. Which can make the thread look thicker than it is. 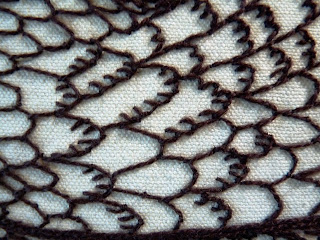 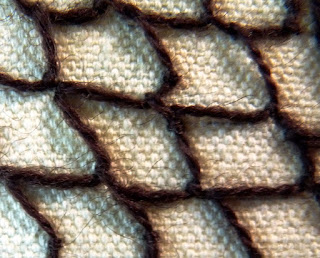 I used to say, back before I had such a focus on embroidery, and did mixed media wall hung constructions that deliberately used shadow for effect, that I was a sculptor working in the space between two and three dimensions. Maybe I still am.
codex canadensis embroidery