Stitching is Only the Half of It 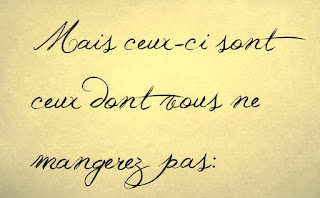 I always marvel at the convoluted path that my creative process can take. It's like solving a puzzle - I have the sense of what I am seeking, and need to keep myself open to all possible clues. Sometimes the clues lead me down blind alleys, and sometimes they present themselves in a coherent order.

The current piece began with my sighting of a barred owl in December. He sat on a fence post and stared at me for quite a while. "Okay", I thought, "the owls are up next." I couldn't decide between the two pages of owls, so decided to go with both, as a diptych.

The search for a border that would work for both pieces sent me scurrying in all directions. I thought perhaps something to do with snakes, as both images contain a small snake. And I have a snake tattoo on my wrist, and it is the Chinese Year of the Snake. I know herons will eat snakes, but I wasn't sure about owls. I thought of the symbolism of snakes, which in Judeo-Christian tradition are seen as an embodiment of Satan. In other traditions they are symbols of renewal, but we are dealing with Jesuit priest Louis Nicolas here, so how do I reconcile that?

Owls are creatures of the night, so maybe inhabit the shadowy realm of snakes, but in the Codex they are grouped with eagles, herons and swans. What do these birds have in common, besides feathers? Well, they are all mentioned in the dietary restrictions of Deuteronomy; as carrion eaters they are unclean. I am no scholar of the Bible, by the way, I discovered this while searching for quotes about owls. Deuteronomy 14: 12-20 gives me some text to possibly work with. Even though I often use text in my work, so far I have avoided it in the Codex pieces.

Now, as it happens, the first owl piece is going to my friend Sue, as a trade for two of her paintings. Sue had mentioned that she liked the captions in the original drawing (she lives at Heron Bay Farm, and the drawing includes a heron.) I felt that the captions on their own were too literal, but maybe combined with some of the passage from Deuteronomy?

Then one night, just as I was falling asleep, it came to me. I could use the first part of verse twelve: "These are they of which ye shall not eat:" and the last bit, which is basically a restating of the same: "And every creeping thing that flieth is unclean unto you: they shall not be eaten." I thought the first bit could go on the left panel of owls, and the second bit at the bottom of the right panel., and the captions would form the list in between.

So I played with that, but kept coming back to my liking the way that the whole passage refers to many birds, birds that are also in the Codex right next to the owls. So the diptych became a series of four panels intended to be shown as one. I will start with the eagles, and end with the swan and pelican, with the owls and heron in the middle. They will all bear captions in Louis Nicolas' hand, and be framed by the Deuteronomy quote.

I'm now tentatively titling the panels Deuteronomy I-IV. I like that the name itself means a copy or duplicate, which in Biblical context means a restating of the law of Moses, but in my work refers to the process of "copying" Pere Nicolas' pen and ink drawings in thread. I considered for a minute using the Latin term Deuteronium, as that would be the language of the Bible that Nicolas was familiar with, but a Google search showed that that name is taken by a Scandinavian Christian death metal band. So no.

An interesting dilemma occurred during this thought process. I knew that one of the pieces was going to Sue, and I have someone else interested in another of the pieces. Even though I knew that I felt I had good reason to use the text, I was worried that the potential buyer would not appreciate it. I think this is the first time I have seen my creative process run into self censorship because it might make my work less desirable to the "customer". Four panels rather than two solves this rather neatly (although in a bit of a cowardly way) as the text is just on the two end panels.

Oh, and it's in French. I assume Louis Nicholas' Bible would have been in Latin, but all his captions in the Codex are in French, so I translated the passage from Deuteronomy into that language. Well, actually, since my French is barely good enough to read the back of a cereal box, I found a site online that had a translation of the King James version of the Bible, and then had a friend who speaks French have a look at it to make sure it was correct. Okay! I have a plan!

And if you have made it all the way to the end of this possibly boring post, here's a picture of Florette and her baby as a reward. 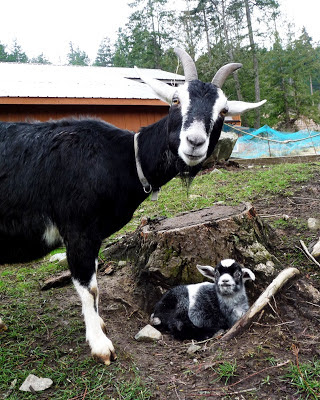