Forest Walk With a Focus 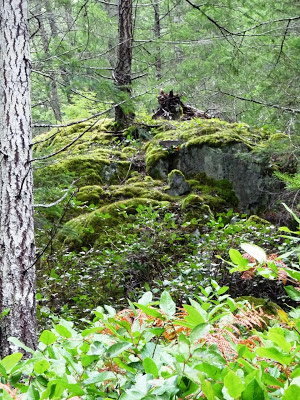 Gracie and I went for a hike up the hill behind the farm today. We were told of a lookout at the top, and since it was promising to be a clear day we started making our way up. But the clouds moved in, and my focus turned to the forest around us. The bark of the trees was strikingly textured and gray next to the lush green of the moss, and it was all bisected with massive planes of granite. I started taking pictures paying attention to composition. 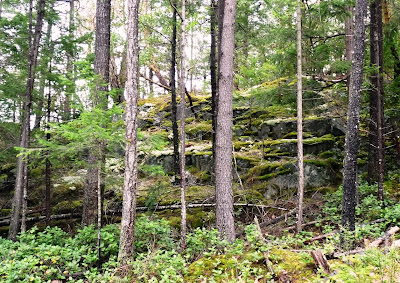 The horizontals and verticals made me think of warp and weft, of the forest being woven. 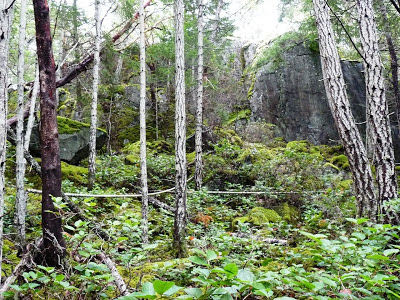 Here are two shots of the same rock outcropping, taken from vantage points a few feet apart. The one above emphasizes the vertical crevice between the two rock faces, and there is a fallen alder that adds a horizontal line to the lower half.
The shot below hides the crevice and adds the twisty form of the arbutus. I think it is weaker compositionally, but perhaps truer to the lively tangle of the forest. 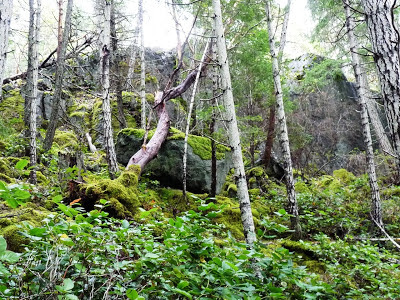 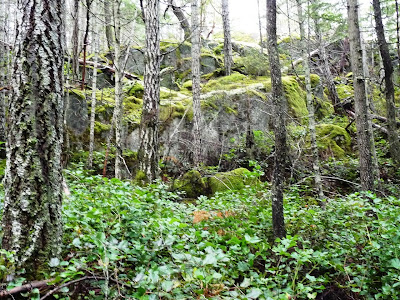 Farther up the path, here are two shots from the same vantage point. One horizontal, which to me feels calmer and more balanced. And below, the vertical, emphasizing the upward energy of the trees and the leafy salal foreground. I think I like this one better. 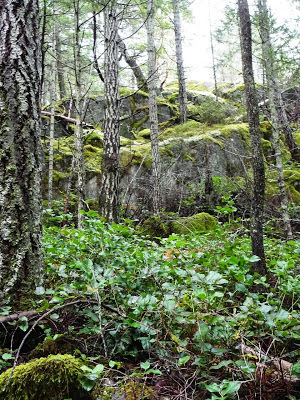 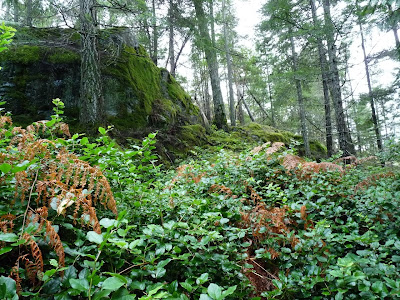 And I'm always a sucker for a diagonal. This one carries the eye from the upper left down to the lower right, which our Western eyes tend to do habitually, mimicking the way we read. 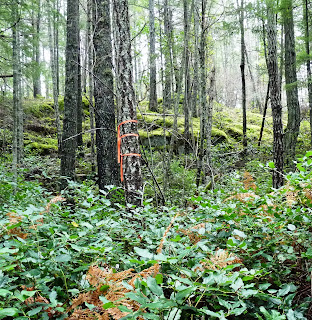 Brightly coloured surveyor's tape marking a boundary is a jarring element amidst the green. 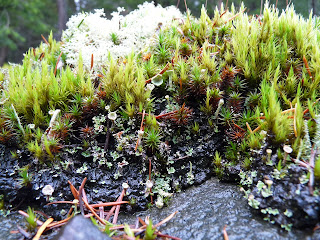 We never made it to the lookout, getting lost and stumbling onto someone's property. Their two pit bulls made sure we beat a hasty retreat. But it was still a very rewarding walk. On the way home I took a few closeups of the mosses and lichens, whole worlds unto themselves. 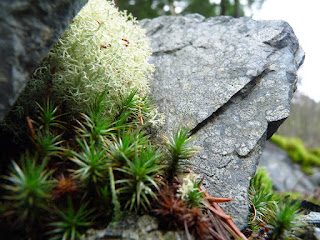 Thanks for coming along.
island life nature