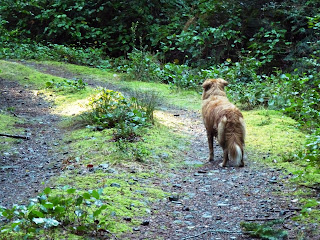 Gracie and I took advantage of the beautiful day to explore a little in the neighbourhood. We took a road through Crown land (owned by the government). As you can see by all the foliage, not many people come this way. The low sun filtered through the forest. I could almost see the fairies and gnomes hiding behind the trees. 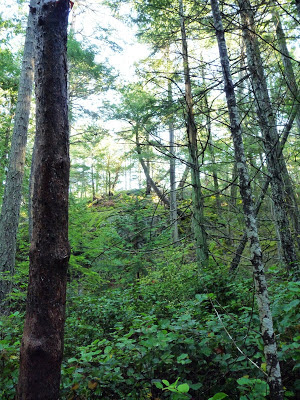 As we ascended the hill, the deep greens became more intense as moss took over from the salal. 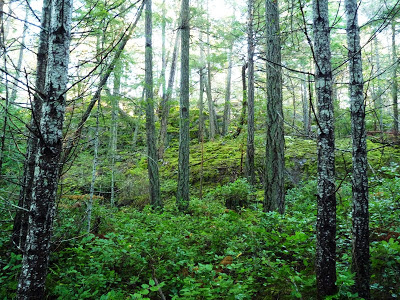 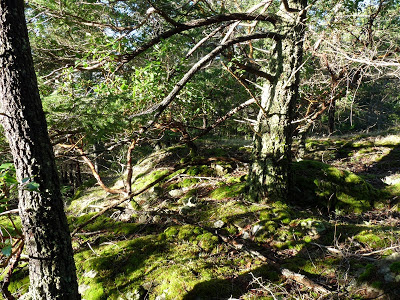 The road opened out onto a moss and lichen covered outcrop. Arbutus, fir, and pine have taken root deep in the crevices of the rock. 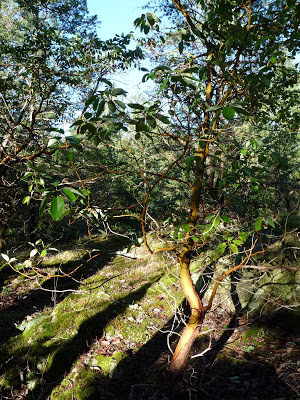 There is a glimpse of the ocean through the leaves. 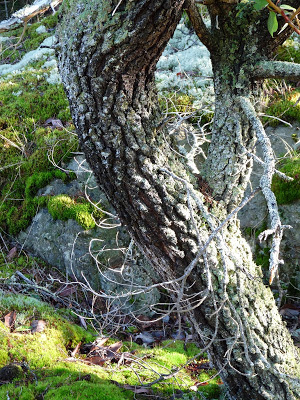 The rich textures of the tree bark, lichen, moss, and rocks intermingle in the sunlight. 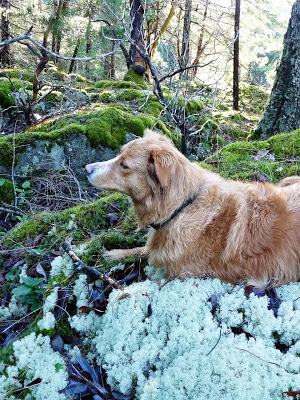 The moss is deep and cushy. I think Gracie approves. 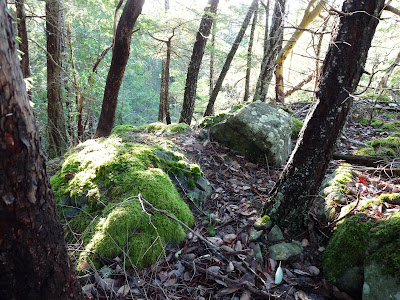 Yes, the fairies are definitely about. 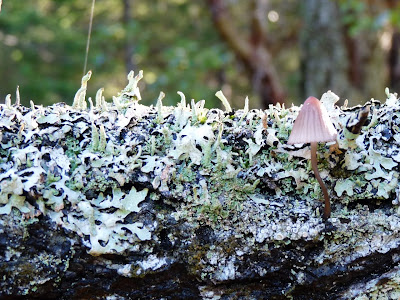