Between Sea and Sky 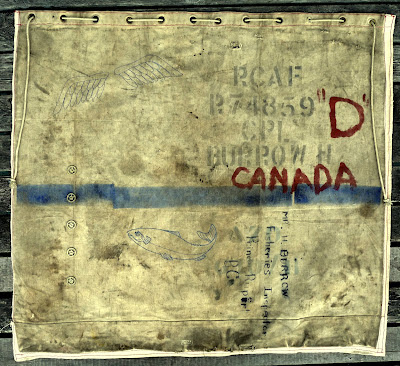 My latest project was a fun one. My friend Jean-Pierre (he of the thoughtful comments and gifts of Japanese cloth) was given an old duffel bag, and he wanted it turned into something he could hang on the wall. The resulting piece, above, retains its rough, utilitarian air. I have worked in a few details to embellish the story. 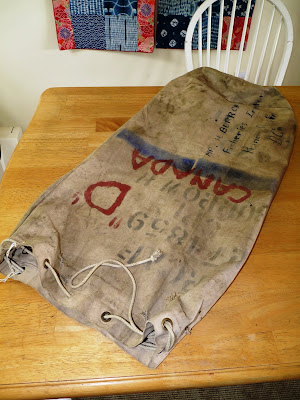 This is the bag as it came to me. It appears to have been originally issued to a Cpl. H. Burrow of the RCAF. Given the vintage of the bag, he may have seen action in W.W.II. 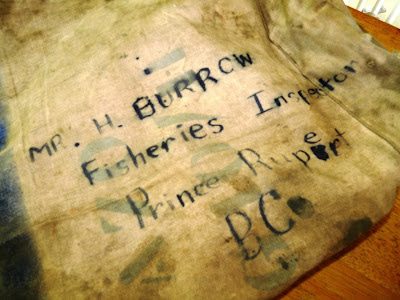 After discharge from the military, he hung on to his bag and took it with him to his new job with the Department of Fisheries and Oceans. 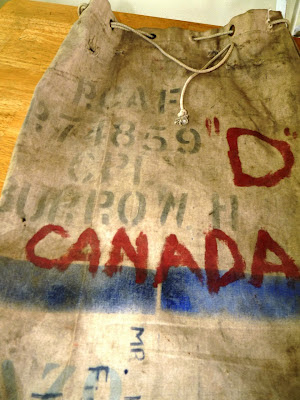 The only online reference to Mr. Burrow I found puts him at Bella Bella, way up the west coast of BC, in 1952. 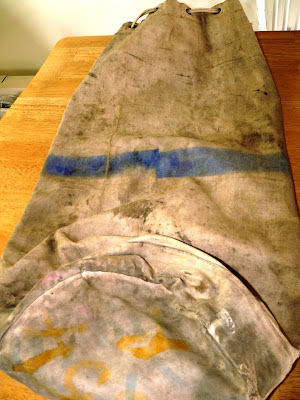 The tough canvas bag had obviously seen a lot of use, probably been thrown in the back of planes, boats and god knows what else. 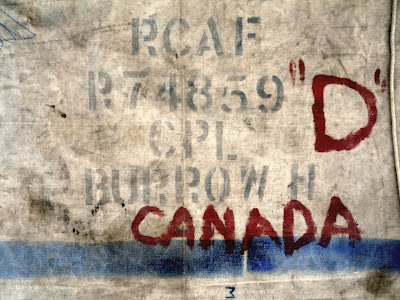 I took apart the bag and laid it flat. The canvas measured 36" selvedge to selvedge. I used a red thread to stitch around the perimeter of the piece, then used a graphite pencil to slightly darken the faded stencilled text. 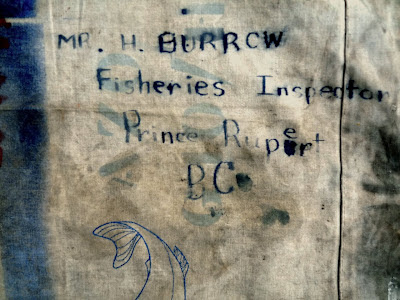 There is another, more faded stencil under the handwritten address. 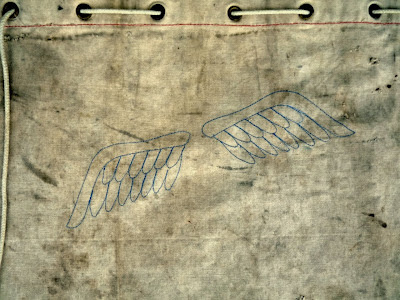 Since I am into animal images lately (Oh, and I finally saw, and was enraptured by, Herzog's Cave of Forgotten Dreams!) I machine embroidered a pair of wings, based on the RCAF insignia of Cpl. Burrow's era. 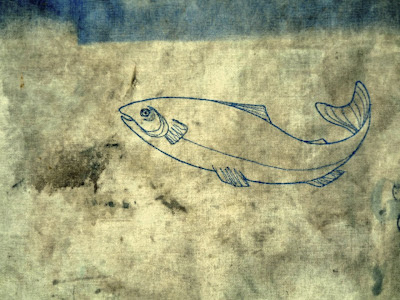 And I embroidered a fish from the DFO's current emblem. 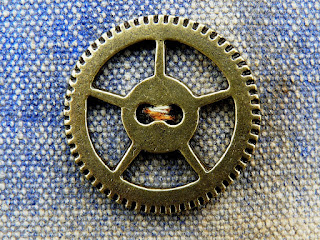 And as a final touch, I sewed on a row of notched metal buttons that look like little gears. They are spaced about as far apart as they would be on a shirt, so there is a relationship to the human body and the ephemeral presence of Mr. Burrow. They also work with the composition, keeping the eye moving around the piece.