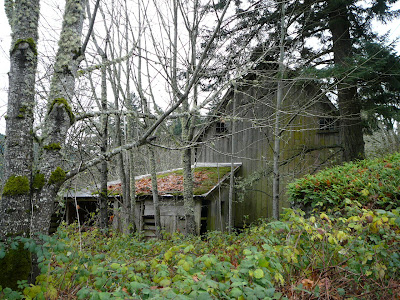 Even on a grey, cloudy day, a walk around Burgoyne Bay Provincial Park is always beautiful. Today, the soft light made the old farm buildings moody and mysterious. 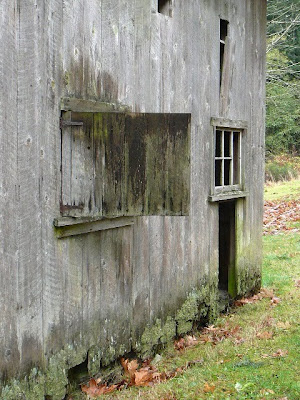 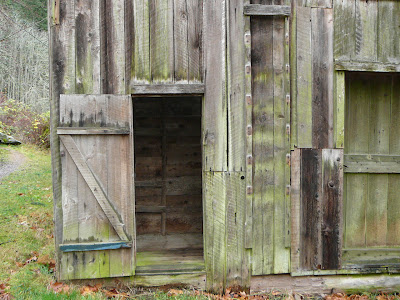 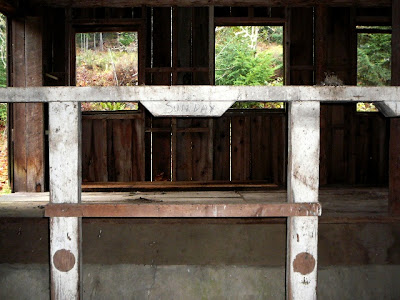 Apparently the buildings are to be restored someday. I quite like them as they are. 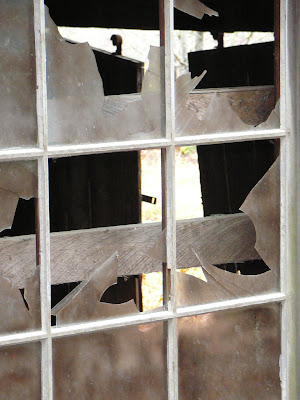 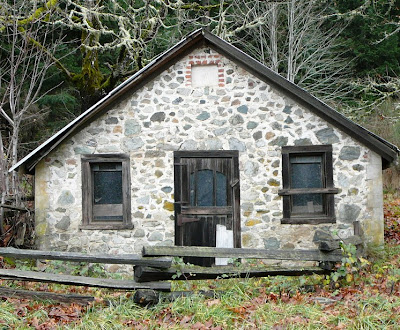 The bay itself is home to a number of people who live on their boats or floathouses. 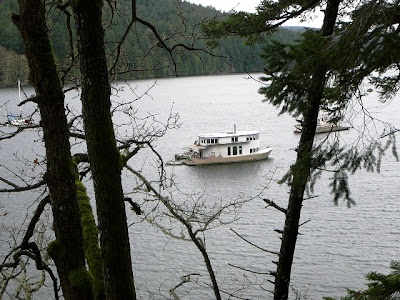 There is even a "float trailer"! 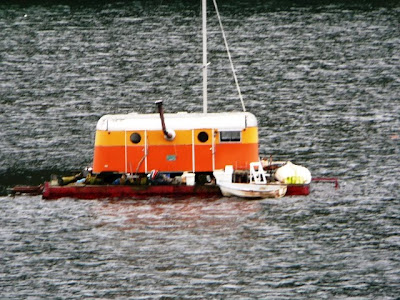 The rosehips and chokecherries are bright against the lichens. 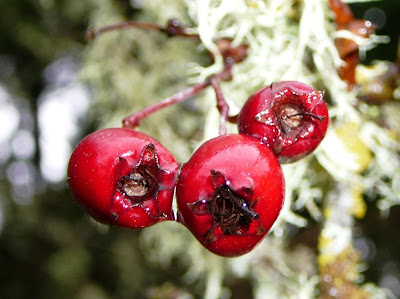 Leaves of the Garry Oak, a gnarly, moss covered tree native to a tiny area of southern vancouver Island, and apparently, Salt Spring. 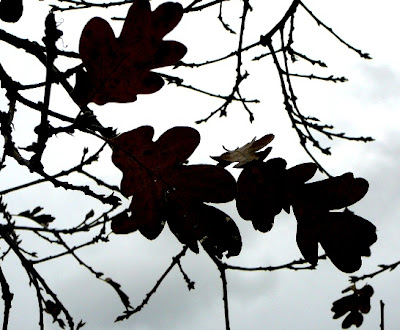 It's a fertile place. This abundant tangle of blackberry, dewberry, moss and fern is growing on a massive granite boulder. Ten years ago, the Burgoyne Bay area was about to be logged and developed, and it took a sustained fight from islanders to have it protected and turned into a park. We are so fortunate that they won their battle! 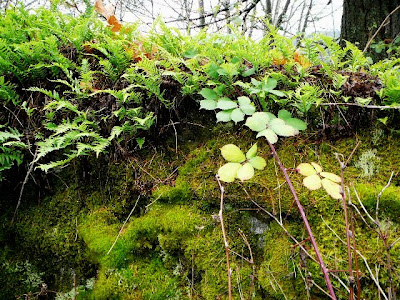