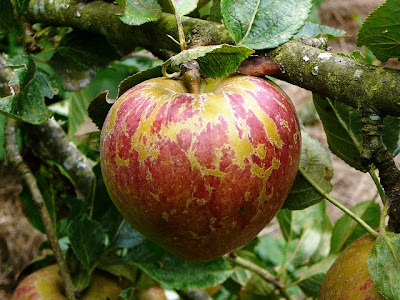 I had been trying to gather up my energy to face sorting through all my pictures of the last month, and turn them into a coherent blog posting. To my amazement, sometime in the last few weeks - I can't even remember doing this - I had dumped a bunch of pictures from the apple festival into a posting form, and there they were sitting patiently, waiting for me to add a few words. My mood lifted, no longer quite so weighed down by the task of blogging in the midst of unpacked boxes and untidy gardens.

Above, an apple from Harry Burton's orchard, visited during the Salt Spring Apple Festival a few weeks ago. Harry is quite apple-obsessed, growing over two hundred varieties of crisp, juicy fruit on his land. Do visit his website for oodles of fascinating information. 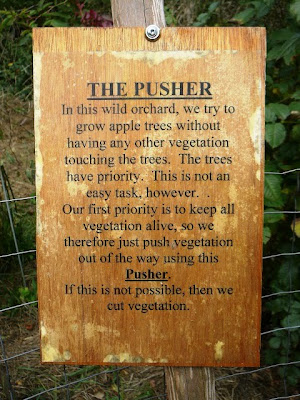 Harry takes organic growing methods one step further with a approach of benevolent neglect. Above is one of the tools he uses to simply push the weeds over when they threaten to smother the trees. (Harry's description of "the Pusher" is interesting reading.) Harry believes that blackberry brambles, the bane of most Pacific Northwest gardeners, actually enrich the soil and provide a living mulch, shading the ground and gathering moisture. While he certainly seems successful in this method, the orchard is definitely not of the pruned, orderly variety. 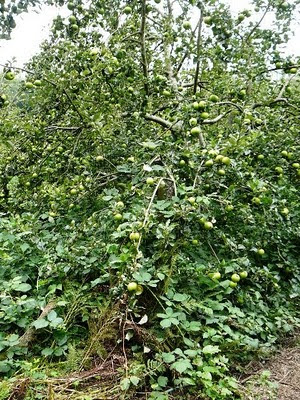 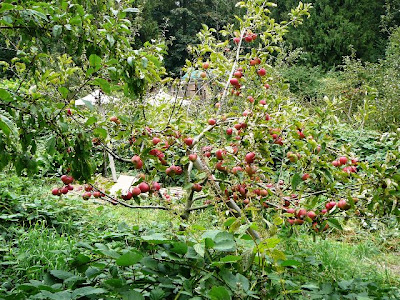 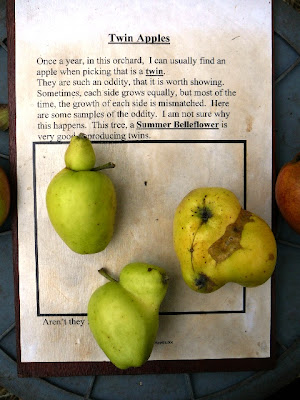 Everything on the property seems to have an educational sign. 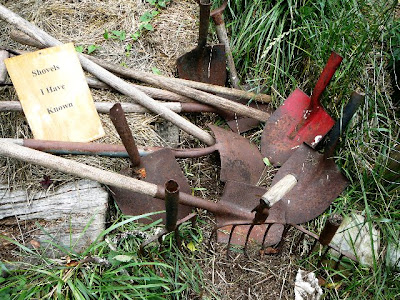 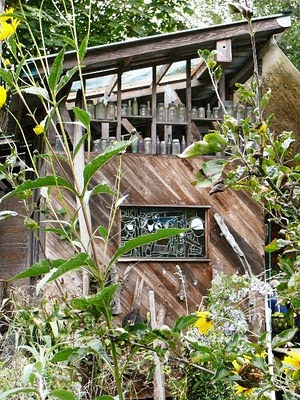 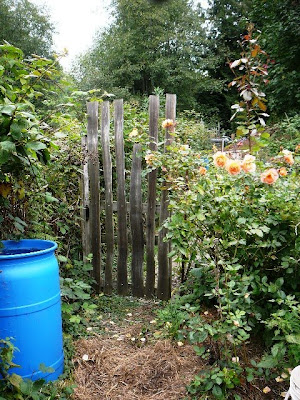 The tree nursery is fenced and gated. 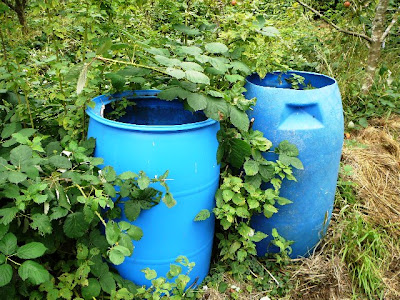 There was little in the way of fancy irrigation systems. Instead, Harry collects rainwater in food grade barrels, and simply hand waters the trees using buckets. 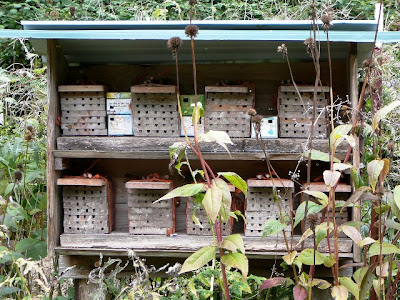 Mason bees are among the pollinators Harry encourages to make their home in the orchard. 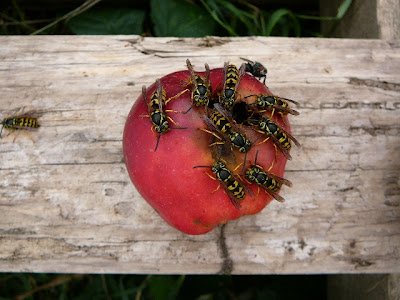 Wasps were everywhere, feasting on overripe and damaged fruit. 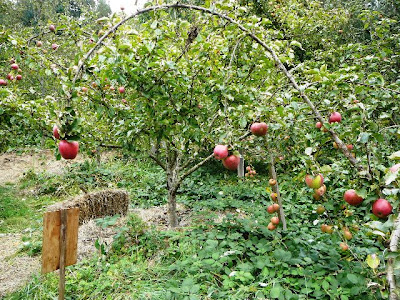 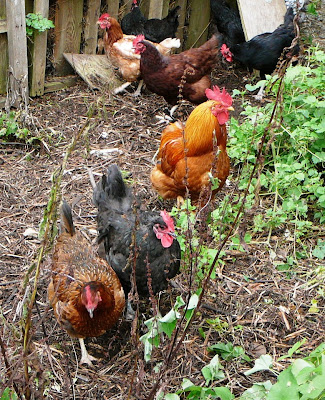 The chickens normally can roam freely, but were penned in for the day because of the crowds of people (roaming freely!) 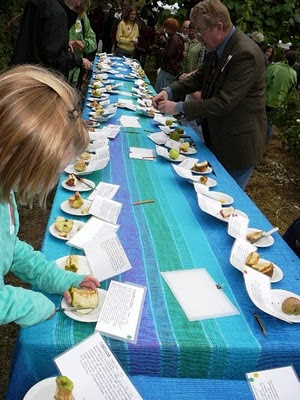 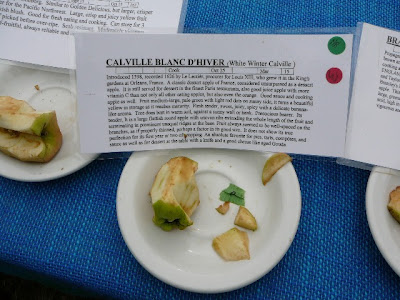 The apple tasting tables were a popular feature. Every variety had an in-depth description to go with it. I learned that my favourites were mainly of the Orange Pippin family, although Gravensteins are a close second. 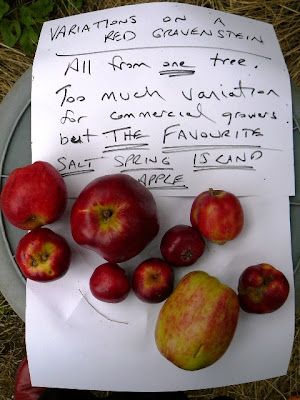 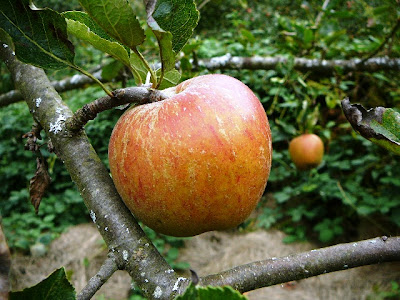