The Mystery of the Abandoned Web

on July 23, 2009
My friend Jean-Pierre sent these pictures of an old loom he saw in Kyoto. Apparently it had been found in a remote region of Japan and was brought to the city to dress up the window of a clothing store. It is quite a fascinating piece of technology. 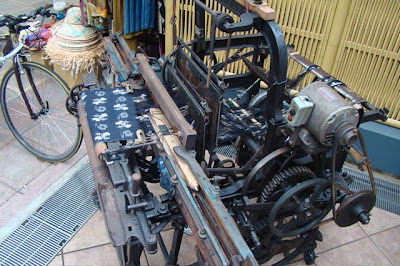 From what I can tell, it is a conventional loom for weaving the narrow cloth (14") used in making kimono and other traditional clothing. It has a motor for the fly shuttle. 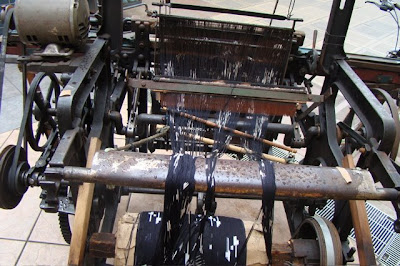 The cloth being woven is kasuri or a compound ikat. What really caught my imagination was why the web was abandoned in the middle of the weaving. 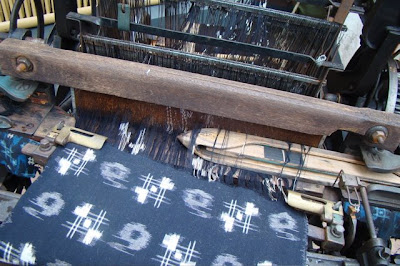 What happened to the weaver? Did he or she win the lottery and release from the unending bondage of the loom? Or maybe the weaver keeled over from a heart attack after a lifetime of diligence and attention to detail? Perhaps there was intrigue and a tragic lover's quarrel and the web was left unfinished in memory of the departed loved one? 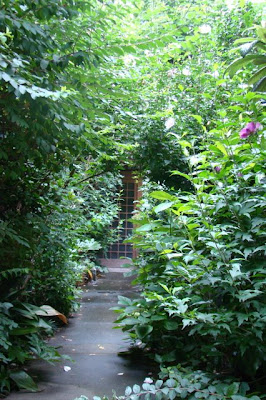 Japan is a land of mystery. Here is a secret garden that Jean-Pierre also discovered on last Sunday's trip to Kyoto. The lush foliage screens the almost hidden door from the intrusions of the street.

Thanks for the great photos J.P.!
japan