One More to Go 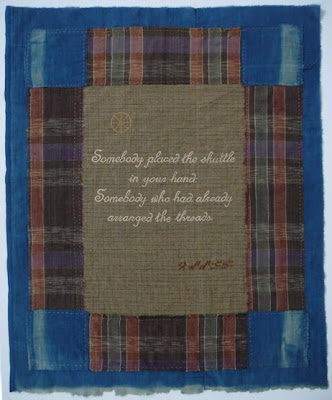 This piece is now completed. I added a lot of invisible understitching, and embroidered a wheel of life at the top of the text and a weaving draft underneath. I love to use coded patterns and symbols in my work, and I intend the weaving draft as a wink to other weavers and to underscore the "clothiness" of the whole piece. A computer scientist who saw it instantly interpreted it as a binary code, which I found interesting as looms were the inspiration for early computers. 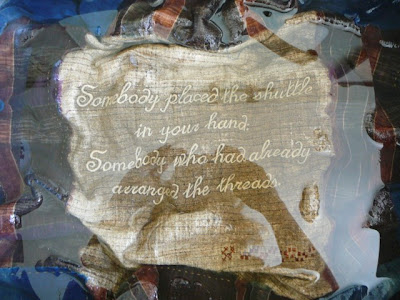 I also liked how it looked underwater when I was gently washing it prior to blocking.

The underwater motif will persist in the final panel of the series. I wanted to use a goldwork net/lattice as a background, and serendipitiously found an old fishing net at the dump, which I laid out on my lawn to untangle. Even though it was made from nylon, it was hand-knotted and mended, retaining both a textile quality and the motion of the sea. 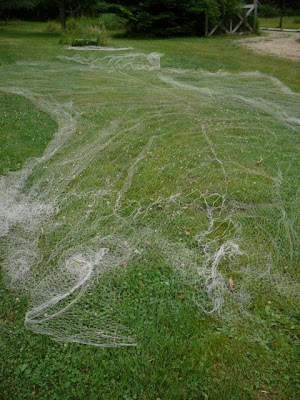 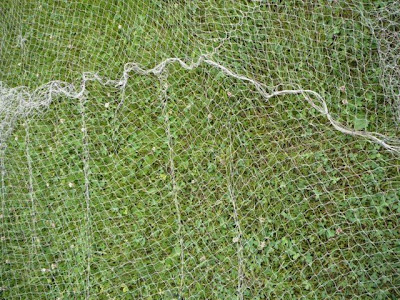 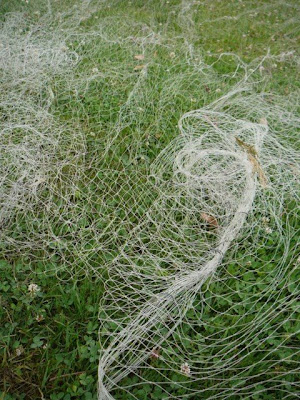 I like the caligraphic quality of the mending stitch. 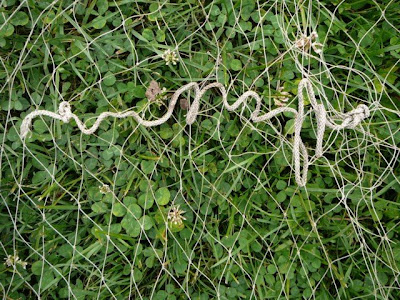