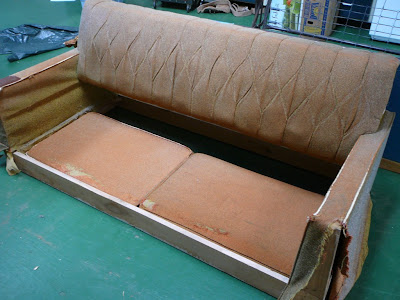 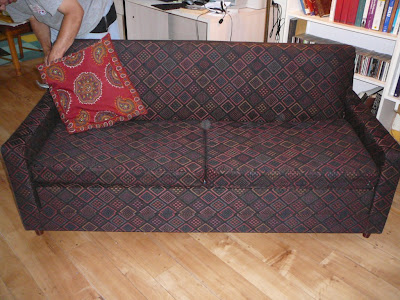 I was given this couch by a woman who was moving off the island after being here for 25 years. In fairness, I took the before picture halfway through the dismantling process, when I realized a major transformation was about to take place. But it was truly the skankiest piece of furniture I had seen in a long time, and the only reason I took it was otherwise it would end up in the dump.

I had re-upholstered a couple of things in the past, and I had a roll of heavy cloth that I had been dragging around for the last 5 years, and I had a staple gun. I was ready to go!

12 hours and about a kazillion staples later, I had a groovy new hide-a-bed, that, thanks to the 1970's North American workmanship that underpinned the whole thing, was comfortable and opened and closed smoothly. 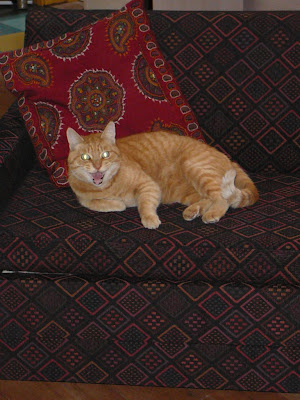 Angus, the resident comfort tester, gives it a 10.
craft