Woman (or Man) of the Cloth 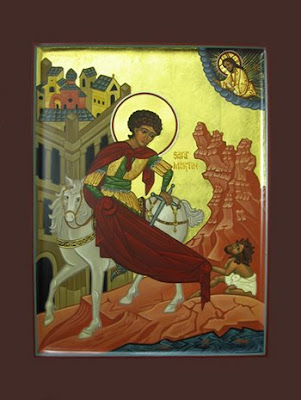 I was asked yesterday what kind of cloth was being referred to in the phrase “man of the cloth”. I guessed it might be something metaphorical, maybe indicating the cloth of society, the threads that connect us. Perhaps it could be something more straightforward than that, meaning the robes or collar of a minister (which, in many denominations, could be either a man or a woman.)

Since I am a born researcher, I looked it up. My Oxford dictionary gives as one of the definitions of the word “cloth”: a profession or status, esp. of the clergy, as shown by the clothes (eg. man of the cloth). Okay, that seems pretty simple.

But then I looked it up in my Dictionary of Symbolism, where it says: Garments capable of enclosing the entire body lend optical unity to the human form and give it the appearance of power. The notion that something of the “aura” of the wearer is transmitted to the garment makes the robe of a prophet a precious inheritance. (See the story of Elijah.) Capes and cloaks have the further symbolic significance of protective enclosure or healing as in the story of St. Martin. As a legal symbol, wrapping one’s coat around another person means that one will accord parental care and protection to the other.

Aha! Now we’re getting somewhere. Let’s check the source. From Romans 13:14 we find: Clothe yourself with the Lord Jesus Christ, and do not think about how to gratify the desires of the sinful nature. And Isaiah 61:10: I delight greatly in the Lord; my soul rejoices in my God, for he has clothed me in a robe of righteousness, as a bridegroom adorns his head like a priest, and a bride adorns herself with her jewels. 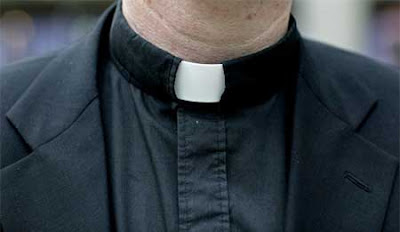 So it would seem that the “cloth” of a person of God is both literal and metaphorical. Collars and cassocks, albs and capes aren’t just to convey authority or create a sense of ceremony and drama, they represent a personal, direct relationship with the higher power, the inner as well as the outer. These cloths are a sign of the vows taken in ordination.

My examples are derived, obviously, from a Christian context. I am sure there are similar examples in other religions and if you have some to share, please do.

As an aside, I also looked up devil's cloth, which surprisingly to me, turns out to be stripes. For more on stripes, see here.