on June 14, 2008
Yes, to be sure, practically everything in this world could be approached with a "Do It Yourself" philosophy. Magazines abound with projects of all descriptions, and Maker Faire is the premiere showcase for all things DIY. But there is a reason (or two) why sewing and/or working with cloth is the ideal thin edge of the wedge for the coming revolution.

First of all, textiles and cloth are deeply rooted in all cultures. Mythological and metaphorical references to cloth abound: cloth holds meaning, connected to both the individual body and society as a whole. The technologies of felting, spinning and weaving are foundational to civilization, if not life itself. One of my favourite stories is that of the Fates:

"Behind the power of the gods and beyond all the efforts of men, the three Fates sat at their spinning. No one could tell whence these sisters were, but by some strange necessity they spun the web of human life and made destinies without knowing why. It was not for Clotho to decree whether the thread of a life should be stout or fragile, nor for Lachesis to choose the fashion of the web; and Atropos herself must sometimes have wept to cut a life short with her shears, and let it fall unfinished. But they were like spinners for some Power that said of life, as of a garment, Thus it must be. That Power neither gods nor men could withstand." 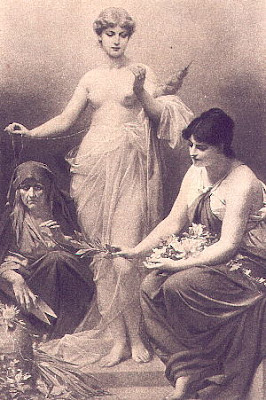 So, in a nutshell, cloth is a juicy, rich, fertile medium in which to work. It's not just about clothes. 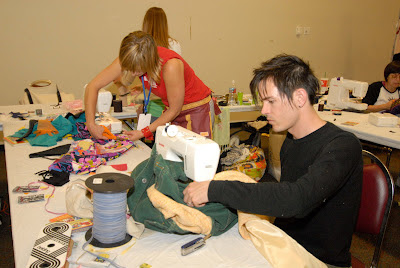 But then again, it could be. The wearing of clothes is practically a universal experience (naturists aside). It's something everyone can relate to. It could be hard to start a revolution through the making of coffee tables, or birdhouses, for instance. It's pretty much down to the basics: food, clothing and shelter. Witness the Eat Local and Slow Food movements - they have had a huge impact, in no small part because everyone can relate to food. The shelter aspect is more complex and diverse, but there are many kindred spirits out there with ways to build sustainably and affordably, and yes, you can do it yourself!

But working with cloth requires such simple and few tools. The basic technique of a running stitch can be picked up in a few minutes. From there, the possibilities are as infinite as your imagination. Even if you find that sewing may not really be your thing, it creates a foundation of "Aha! This isn't so hard!" which leads to an attitude of "What else can I make?" Knowing how to sew up a hem or embellish a t-shirt opens one up to the possibilities of all the amazing things our hands can do. Next thing you know you could be learning how to weld or building a backyard oven or re-soling your shoes (and otherwise subverting consumer culture.) 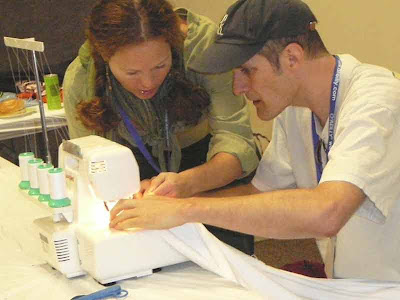 So clothing is an ideal medium to use to introduce people to the revolutionary power of doing it yourself.

(And for a delightfully witty critique on the burgeoning DIY industry, check out Tract # 69, D.D.I.Y., in Lisa Anne Auerbach's Tract House project. Click on the image and a PDF of the text will appear. Man, can that Lisa write!)

Next: Part 3: Stewards of Materials
aesthetics