Do It Yourself - Part 1 - Revolution 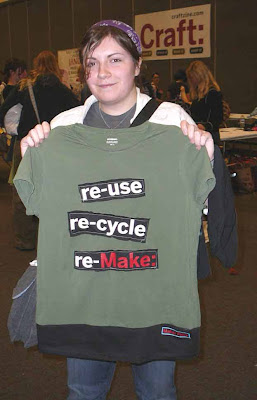 I have been invited by the John Michael Kohler Arts Centre in Sheboygan, Wisconsin to be an artist-in-residence for their summer DIY series of community programming. I am very excited and honored to be part of this, and before I go I thought I should get some basic concepts down on paper. Well, virtual paper.

I have been "doing it myself" ever since I was a kid, long, long, before it was fashionable. I was the weird hippy girl going out to the woods to gather lichen for dyepots, spinning thick rustic yarn, sewing my own clothes. Those years (early 1970's) coincided with the back to the land movement, the beginning of community recycling depots and a growing awareness of human impact on the environment, the first wave of an energy that has cycled by us a few times now, and is once again a dominant force in our consciousness. Having seen this surge of concern for the environment, and collective attempts to change our destructive frenzy of consumption before, I fervently hope it is here to stay. I don't think we will survive otherwise.

So, taking a page from the anarchist cookbook, Recipes For Disaster, I say to you:

"The raw awareness that you have the power to change the world is more important than any other resource -- it is the hardest one to develop and share, and the most essential. Giving your endorsement to political representatives, social programs, or radical ideologies will be of little avail if the fundamental problem is you don't know your own strength."

"Self-determination begins and ends with your initiatives and actions, no matter where you live. It must be established on a daily basis, by acting back on the world that acts on you -- whether that means calling in sick to work on a sunny day, starting a neighbourhood garden with your friends, or toppling a government. You cannot make a revolution that distributes power equally except by learning first hand how to exercise and share power -- and that exercising and sharing, on any scale, is itself the ongoing, never-concluded project of revolution."

If you read Wendy Tremayne's essay, Unbounded, you will find she clearly lays out one way to exercise our power: Swap-O-Rama-Rama (SORR). Apparently it can't be said too often that SORR is NOT your average clothing swap, where the frenzy of consumption rages unabated, and in fact greediness and hoarding are rampant. Swap-O-Rama-Rama has piles of clothes to swap, sure, but it also has the crucial, indeed revolutionary component of "Do It Yourself". 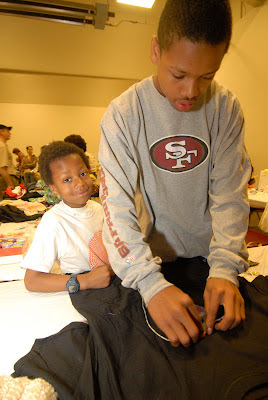 At a SORR you can learn to sew, be guided through the steps of designing and making your own clothing, accessories, jewelry, whatever you can imagine. SORR is about stepping away from being a consumer and becoming a creator. The clothes are just raw materials, a renewable motherlode that enables creativity and resourcefulness.

And the best part is you're not doing this alone. At a SORR you're surrounded by your community - friends and allies (whether you've actually met them yet or not). It is the collective energy of the community that makes the magic of SORR - seeing others making things is inspiring and contagious. And the energy continues once the Swap has closed its doors for the day. A SORR organizer from Seattle, Oleana, says every time she wears something she made at the Swap, she gets a compliment, and an opportunity to tell people about the joy of making things yourself. She says it's like sowing seeds, a beautifully apt analogy. 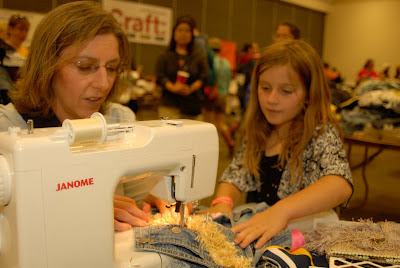 I'll let you in on a not-so-well kept secret: the goal of Swap-O-Rama-Rama isn't for everyone to go home with armloads of clothes. It is to turn people on to the revolutionary power of "doing it yourself". I have seen this power manifest itself over and over at SORR, and I deeply believe that the simple act of taking up needle and thread has the power to change the world. 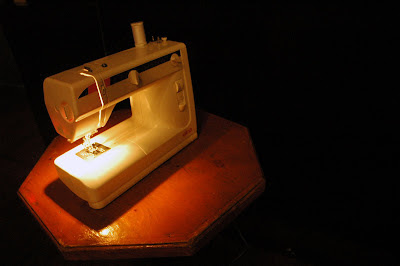