It's All About Pacing 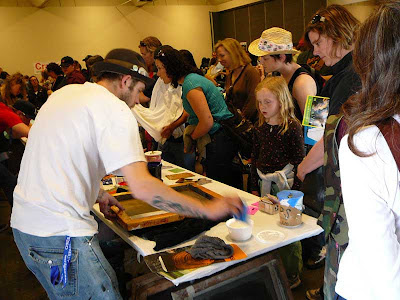 I’m back in Vancouver after 6 days in San Francisco – a pretty good gig, huh?
And although of course being in one of the hippest, balmiest North American cities was fantastic, and Maker Faire was awesome, and the Swap-O-Rama-Rama was a great success, I’m still a little exhausted. (Well, quite a lot exhausted, actually.)
I was so busy I barely had time to take pictures. Here’s a few pics I managed to grab and some from the fashion show that my brother Rob took.

I’m estimating we had a couple of thousand people through the Swap. There were 20 sewing machines going non-stop (machines generously provided by the awesome Ken Gresham, of Ray’s Sewing Machines in San Jose.)

The brilliant team of silksceeners (Patchwerk Press and Remade in America) led by Trinity Cross and Charity Romero were worked off their feet (gotta do something about that for next time.) Emiko Oye and Shana Astrachan led a jewelry making workshop that was packed from beginning to end. Tiffany and Raquel of Homeygrown were really buzzing with kids of all ages making “Trashlings” toys from scraps – some super cute and fun creations. 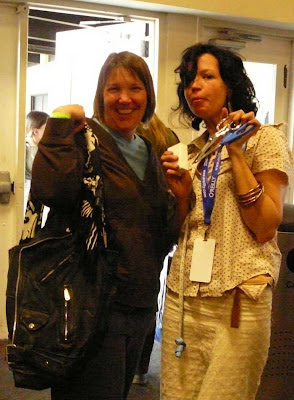 Ashley Foster, Velvet Valentine, Jill Pillot and Jarett Young were our sewing experts who helped lots of people get going on the machines.

The fashion show was led off by the humorous and wickedly cool creations of Ashley Foster (Fiberqueen), 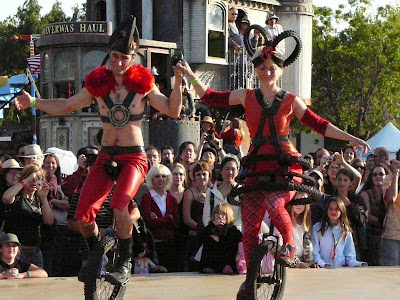 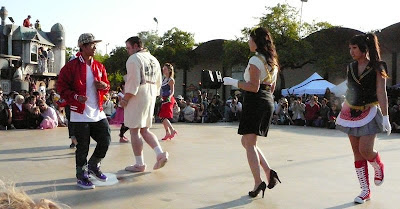 Tiffany and Raquel were next with Homeygrown’s witty, bright and imaginative clothes for the whole family. 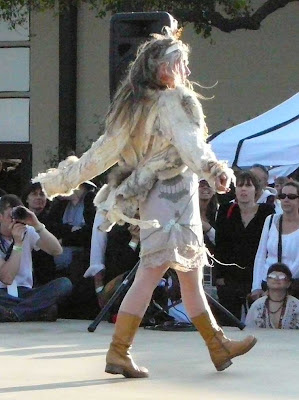 Remade in America strutted their distinctive, arty-cool clothes, then Gretchen Elsner amazed the crowd by singing an acapella ballad from the hills of Georgia as her models walked the stage. 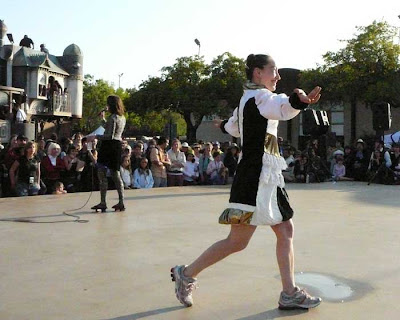 Here's my co-producer and brilliant science educator, the lovely, the fabulous, Mina Leibitz. 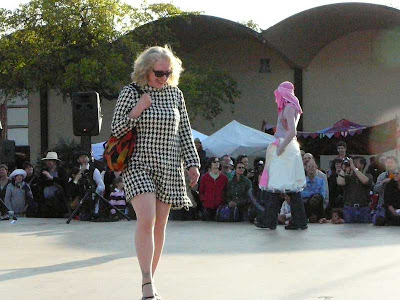 ( I was one of Gretchen's models, a last minute decision that I only took on because I was in fireman mode. Here I am in the backless to the waist dress which required that I tape up my boobs in lieu of bra – worked like a charm – wish I had done that for my wedding.) 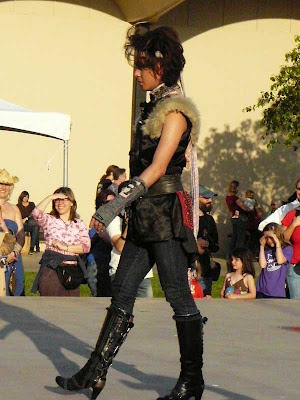 Finally, Velvet Valentine closed the show with her elegant gothic evening wear. And all these designers are working with re-used and recycled materials. Do explore their websites and/or Etsy shops to see more. 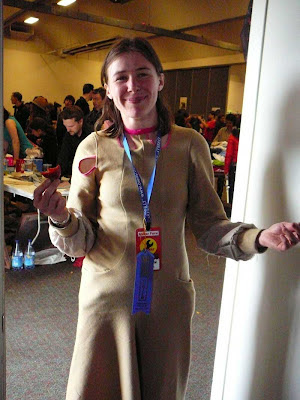 P.S. We were all very proud of Gretchen, who won a blue Editor's Choice ribbon from Craft magazine.
swap-o-rama-rama