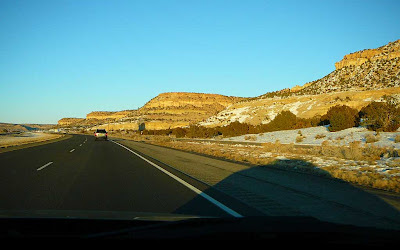 Here we are on the road! Our plan was to try and see the Grand Canyon, weather permitting, then continue on to Santa Fe and Los Alamos. Los Alamos was on the itinerary since we plan to visit Hiroshima on our trip to Japan next month, and I thought that it would be interesting, if not too depressing, to see the U.S. side of the story. 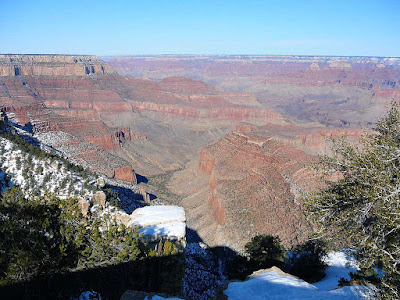 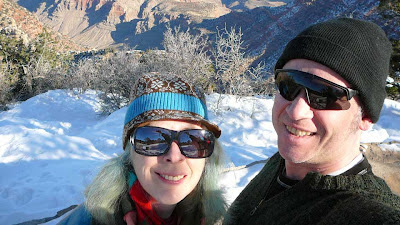 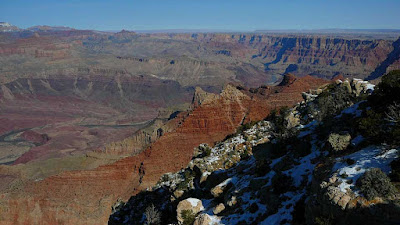 The Grand Canyon is spectacular beyond words. It washed the plastic of Las Vegas from our eyes, and restored us to our place as small specks of dust in the universe. And my dear husband indulged me in a romantic walk along the South Rim under a full moon - we stayed in the park in a lodge right on the rim. Expensive, but once in a lifetime memories! 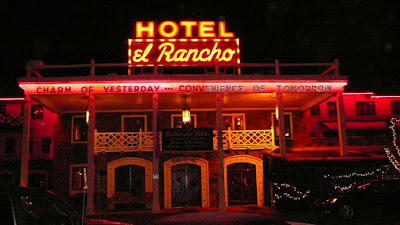 The next night we stayed in the small town of Gallup, New Mexico at the glorious El Rancho, built by D.W. Griffith's brother and hotel to Hollywood stars when they filmed in the desert. Each room is named after one of the actors who stayed in it -we were in the Claude Akins room, right across from the Rita Hayworth room and down the hall from the Humphrey Bogart room. Quite a hoot! 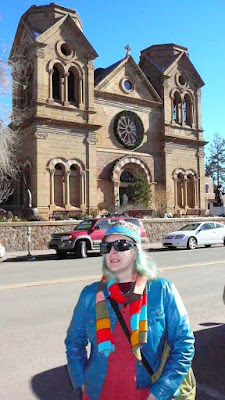 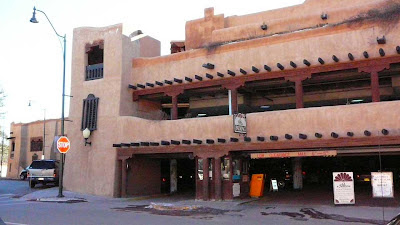 Santa Fe was impressive in it's cohesive architecture - all adobe - and charming in spite of the mobs of well-heeled tourists flocking the streets. Although I thought this adobe parkade was a bit much! (And speaking of a bit much, yes, I do have blue hair. Quite faded since the Twelfth Night party, but still turns heads.) 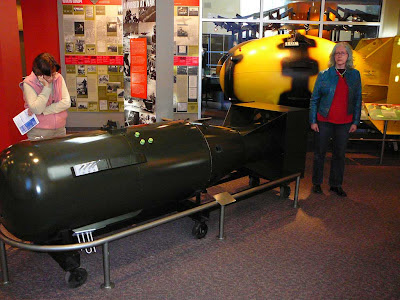 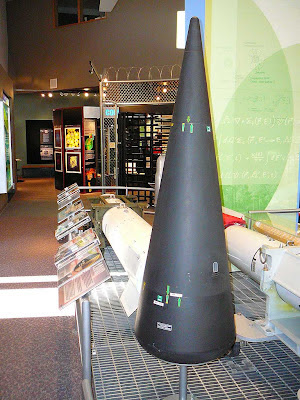 Los Alamos was chilling, and not just in temperature. At the Bradbury Science Center have done their best to downplay the horror of nuclear weapons and claim to be in the business of the safe, peaceful use of nuclear technology, but I still don't buy it. The life size models of Fat Man and Little Boy were surprisingly small, and the more modern Minuteman warheads even smaller, like dunce caps. The one thing that really startled me was the fact that only 3 weeks after the Trinity test the bomb was dropped on Hiroshima. Can you imagine the determined effort and energy behind such an act? And if it is humanly possible to achieve such a thing, why can't we summon up such energy for peace, or stopping global climate change?

We left Los Alamos as the sun was setting, and arrived in Truth or Consequences 4 hours later.
Tomorrow: Welcome to Dodge!
travel