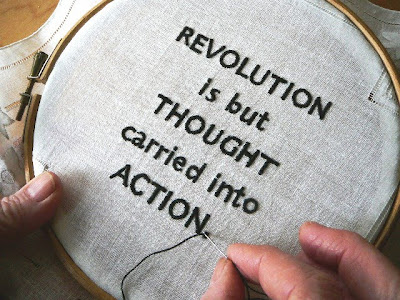 I've finished one of the more difficult sewing projects of my life. Embroidering on handkerchief linen was a challenge. Microscopic, widely spaced threads combined with 50-year-old eyeballs meant I was stitching by feel more than vision. Still, I'm happy with the results. 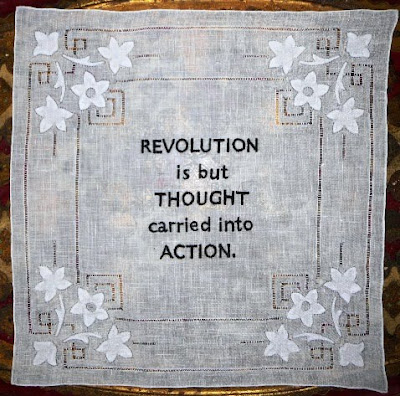 The linen being almost transparent didn't help either. It worked best if I sat by the window, with a white backgound so I could see my penciled lines. 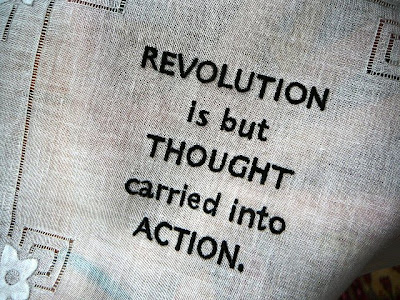 I had considered dyeing the cloth black and working black-on-black, thinking of the cloth as an anarchist flag, but that would have been truly insane. 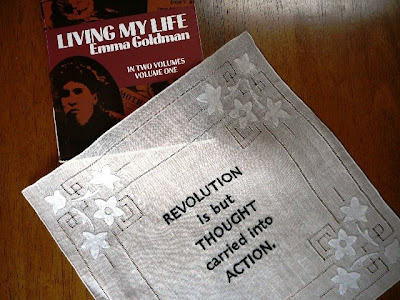 The quote belongs to Emma Goldman, the charismatic and brilliant anarchist leader. She was also a seamstress, supporting herself at various times through her sewing. In her autobiography, she describes arriving in New York City with her sewing machine in one hand, and five dollars in the other.

This piece is part of an ongoing series of embroidered quotes from women, famous and not. I think of them as samplers, occupying a space between function and concept.
embroidery